WISeKey has announced the release of the WISeID 6 app, an enhanced edition of its personal data and identity protection app.

WISeID, which sits on a blockchain, is a platform that allows users to manage their digital ID without compromising their identity, security or confidentiality. It provides a secure, convenient encryption service to store usernames, passwords, PINs, credit cards, loyalty cards, and other critical information.

WISeID uses the blockchain as a public, immutable ledger that allows third parties to validate that the original identity or attribute certifications provided by a third trusted party has not been changed or misrepresented.

Each WISeID node gets a copy of the WISeID blockchain which is downloaded automatically upon joining the WISeID network. Through the WISeID app, users are in control of their digital identity. These can be stored on a mobile phone, IoT sensor or computer. Users are able to choose which identification attributes are shared with social media, credit cards, merchants sites, etc.

Root of Trust integrates wearable technology with secure authentication and identification in both physical and virtual environments, and allows IoT and wearable devices to become secure transactional devices.

WISeKey in cooperation with OISTE the Clinton Global Initiative, started this project back in 2006 with the objective to issue 1 billion digital identities and allow individuals to conduct payments and transactions over mobile phone devices in order to support the development of communities through communication.

Currently, one-fifth of the world’s population – 1.5 billion people – have no proper legal identification, and 50 million children are born every year without a birth certificate and legal identity. These people are off the radar for vital economic services, including education and healthcare, and are more vulnerable to trafficking and abuse. 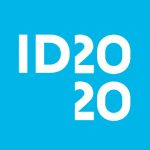 WISeKey’s technology comes in line with the United Nation’s Sustainable Development Goals as to provide each person on the planet with a tamper-proof digital identity based on common, interoperable standards by 2030. The UN plans to develop scalable identity systems by 2020.

Non-profit organization ID2020 launched in 2015 with the mission to bring advanced emerging technologies to provide a unique digital identity to every person on the planet “as part of their basic human rights.” The organization is working with industry leaders, NGOs, governments and tech pioneers to build the needed tech.