What Is Ethereum and How Does It Work?

Ethereum (ETH) is a programmable blockchain with its own native cryptocurrency or coin, called Ether. It is decentralised digital money which is denoted by ETH. Just like Bitcoin (BTC), Ether isn't controlled by any organisation or government and can be used for storing value, making payments, and providing collateral. When people usually refer to Ethereum, they are actually talking about Ether (ETH). The blockchain has become synonymous with its own coin.

Launched in the mid of 2015 by a Russian-Canadian coder named Vitalik Buterin, Ether (ETH) became the second most valuable cryptocurrency in terms of market cap in just 2 years and still holds the spot at the time of writing. It's blockchain is much more powerful because of its built-in programmability, which means developers can utilise the platform to develop decentralised applications (dApps).

Why Was Ethereum Invented?

Currently, most of our digital data including financial information and personal credentials like passwords are stored on third-party servers owned by major conglomerates and enterprises like Google, Microsoft, Amazon, and Facebook. This unprecedented centralisation of data storage provides organisations and governments with extraordinary leverage over citizens.

Ethereum's primary objectives include replacing online banking with a decentralised currency like Ether as well as third-party service providers with people-owned servers using blockchain technology. It's fundamentally a foundation of a new kind of internet where everything is built-in from data storage and payments to financial systems and service application. Currently, there are thousands of developers who are building apps using it. These include:

- Financial applications which allow you to invest, lend or borrow your digital assets and currencies

- Decentralised markets where you can trade digital assets

How Does Ethereum Work and What Technology Is Behind It?

Ethereum takes inspiration from Bitcoin's blockchain, but it has additional capacity for developers to create agreements and dApps with different criteria of ownership, additional steps, new transaction formats or numerous procedures to transfer state. It uses Turing complete programming language which enables developers to create applications where blockchain transactions can dictate and automate certain outcomes. That's why these are often termed as ‘smart contracts’.

Just like the Bitcoin blockchain, Ethereum is also a shared database that constitutes of complete transaction history with every node that is connected to the network possessing a copy of it. Apart from these transactions, the nodes also store the current state of every smart contract. The network keeps track of the state of every smart contract or application including the balance each user has. When a transaction is made on the Ethereum blockchain, the platform follows the model of bank accounts. They show up in a wallet and can easily be transferred to another one.

Its cryptocurrency, Ether (ETH), is based on a token called ERC-20 which is one of the most utilised in the entire crypto sphere. It’s currently mined using the same Proof of Work protocol used by Bitcoin. However, due to the protocol's disadvantages like excessive power consumption, the Ethereum blockchain is soon going to receive the ETH 2.0 update which will transition Ethereum to a Proof of Stake based consensus.

There isn't any absolute answer to this question, especially because in its individual capacity, is so much more than just an alternative digital currency. Not only does it aim to replace conventional online banking and third-party payment gateways, but also strives to democratise the internet through collective ownership of digital services and data storage. That said, there are over 100 merchants that accept Ether as a payment mode including CryptoPet, Peddler.com, eGifter, FlokiNET, Overstock, PizzaForCoins, and more.

A fundamental difference between Bitcoin and Ethereum is that the former is a dedicated digital currency alternative. Ether, however, is a token that exists to power built-in utilities of the network that includes dApps, smart contracts, transactions, and decentralised autonomous organisations (DAOs). So, within the ERC-20 blockchain ecosystem, Ether acts as the most popular currency. It is also the most often used in Initial Coin Offerings (ICOs). But in the most conventional sense, it currently has lesser acceptance as a currency.

Apart from that, the expenses and fees charged by different cryptocurrency services including trading platforms vary in terms of percentage and structure. Most often, standard buying and selling through a wire transfer deposit will cost you 0.5% to 2% while instant buying using debit cards can set you back anywhere between 3% to 7%. Similarly, on bank transfers, there might be a fixed fee depending on whether you're depositing or withdrawing your funds. The pricing structures aren't only quite complex but they vary considerably based on numerous factors like payment method and geographical location.

What Are the Benefits of Ethereum?

It offers all the benefits of a traditional blockchain along with some unique advantages of its own including:

Immutability - Each transaction that takes place on the Ethereum blockchain is immutable which means that after the data has been processed, confirmed, and written, it can never be changed. This makes it almost unhackable.

Decentralised - Ethereum currently utilised a consensus mechanism to verify transactions which removes the need for a central authority or intermediary. Smart contracts based on the blockchain can execute themselves.

Swift Transactions - Rather than going through manual checks and verification procedures, blockchain uses automated processes to ensure the validity of a transaction. It doesn't only make it considerably faster but more affordable as well.

Highly Reliable - It has been around for more than 5 years now with new applications being created and run on the blockchain without having to go through any hurdles like fraud, third-party interference, censorship, and downtime.

Programmable - One of the biggest advantages is that it is programmable and developers can use it to create decentralised applications. These may include financial services, games, smart contracts, and more.

Can Ethereum Be Used Anonymously?

This is a tricky one because what usually gets mentioned a lot on the internet as one of the primary blockchain's benefits is user anonymity. And while there's some truth to it, it has become increasingly difficult to maintain complete anonymity using Ether or any other cryptocurrency for that matter. The majority of trustworthy and established crypto trading platforms require you to go through an intensive personal identity verification process to reduce money laundering and other illegal activities.

On the other hand, despite all the protocols of anonymity being in place, you can always be tracked through the digital footprint you leave behind, especially because it's impossible to change or replace the data that's been written on the blockchain. Even if you haven't shared your name or other personal details, metadata and other contextual information can lead to your personal identity. This is why cash remains the most anonymous mode of payment even today.

How Safe Is Ethereum?

Very. Each transaction that takes place on the Ethereum blockchain is secured by cryptographical encryption and has three times more nodes to verify each of its transactions as compared to Bitcoin. Most of the hacking attempts and cyber-attacks associated with it are targeted at poorly written smart contracts by developers, instead of the blockchain itself. Now that the platform is moving to the Proof of Stake protocol, the blockchain will become even more secure.

What Teams Are Working on Ethereum Development

Currently, the largest project for Ethereum blockchain is ETH 2.0 which is being led by Raul Jordan. It's going to make fundamental changes to the blockchain itself including the shift from Proof of Work (PoW) to the Proof of Stake (PoS) protocol. Including Raul's team, there are a total of 8 teams working on different projects across the globe.

Led by Faisal Khan, the primary goal of this team is to bring enterprises to the blockchain by developing powerful and compelling software that's more affordable, easier, and convenient to adapt for different types of businesses.

Working out of Toronto, ChainSafe is a research and development firm which offers blockchain consultation to projects that are based on Ethereum such as Polymath, Aion, Shyft, and Bunz. It is led by Mikerah Quintyne-Collins.

It's a blockchain infrastructure firm with the aim to maintain the second most popular client Parity Ethereum on the blockchain. It is considered to be one of the most advanced and fastest clients by many.

This team has been subsidised by the Ethereum Foundation to create the complete specification for the 2.0 update. The team is functioning under GPL or General Public License to ensure all the code implementations remain free.

Using the programming language Go, this team created the first variant of Ethereum 2.0 and is currently providing the required help to the blockchain to acquire sustainable scalability. The team is led by Raul Jordan.

It is the current Python-based Ethereum client featuring six developers who are in contract with the foundation. The team is also working on building support for 2.0 specifications.

Another team that's funded by Ethereum Foundation to develop a mobile browser and messaging platform to increase user engagement. The main objective is to ensure mass adoption by optimising performance on less resourceful devices.

Subsidised by Ethereum Foundation, Sigma Prime is a blockchain technology and information security consultation company that has been tasked with developing an Ethereum 2.0 client named Lighthouse.

Which Financial Institutions Are Invested in Ethereum?

There are many financial institutions that have gotten behind Ethereum. A few years ago, the Enterprise Ethereum Alliance was formed which included many technology giants and financial companies like ING, MasterCard, Credit Suisse, JP Morgan and more. Recently, Natixis Investment Managers, Clearstream, Credit Suisse, and Luxembourg Stock Exchange have announced that they will be funding series-A round for an Ethereum based startup FundsDLT.

Ether's mining procedure is quite similar to Bitcoin. There are blocks of transactions which require computational power to find the right solution. In technical terms, block's unique metadata is run by miners using a hash function which returns a scrambled string of characters of a fixed length which appear to be random. When a miner finds a hash that fits the target, they are awarded the Ether token and each node validates the transaction and updates the database. Once a miner has found the right hash, all the other miners will start mining other blocks and so on and so forth.

An ETH wallet is a software that is used to store Ether tokens. There are many to choose from depending on your requirements:

If you are looking for hardware wallets, Ledger Nano S, KeepKey, and Trezor are good options.

Is Ethereum Worth the Investment?

Cryptocurrencies in general, including ETH, are prone to high volatility which makes them high risk and high reward investment. Prices can rise and fall by 20-50 percent within hours which can be an opportunity as well as a warning.

This is why, if you want to invest in Ethereum, it's recommended that you exercise due diligence and only invest what you can afford to lose. Given the amount of work that's been put in to establish Ethereum, it can be safely said that it's here to stay. In fact, many experts today believe that as compared to Bitcoin, Ether is highly undervalued with a lot of potential. However, when it comes to investment, there are no guarantees. 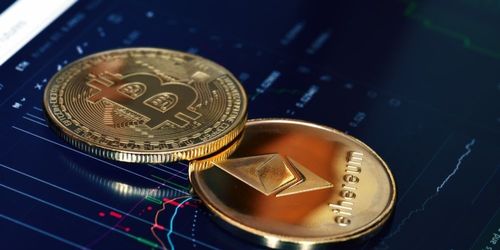 Ethereum ahead in fees revenue despite Bitcoin’s 198% fee rise

Bitcoin’s transaction fees have posted a massive surge that has seen the average fee... 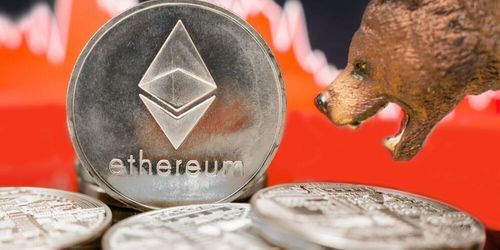 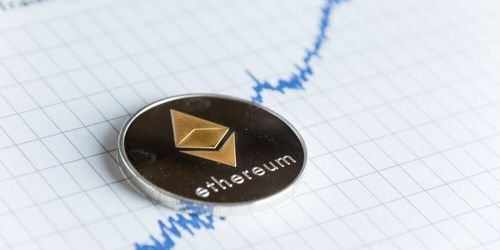 Ethereum is on a course that could see it become the first public blockchain... What’s happening to Ethereum with all eyes on Bitcoin?

Ethereum hasn’t been in the headlines much since the hype around DeFi started slackening... ETH/USD price needs to clear resistance at $385 to maintain a positive outlook Ethereum’s... Ethereum 2.0 could be two months away or less

Based on updates from the developers involved in the project, Ethereum 2.0 could be...