What Is Litecoin and How Does It Work?

Litecoin (LTC) is very much a virtual currency, and much more. It is peer to peer, which means that it is not governed by any central authority, the currency merely passes directly between peers on the internet. It acts as a means to pay people anywhere in the world without an intermediary having to process the transaction. The payments are incredibly fast and extremely cheap to conduct.

It was created in 2011 and now, nearly ten years later, is the seventh-ranked cryptocurrency (at the time of writing), in terms of market cap. It has experienced some massive price increases in its time, for example in November 2013 the price of Litecoin increased by 100%.

Why Was Litecoin Invented?

Charlie Lee, the founder of Litecoin had recognised the great potential for cryptocurrency within Bitcoin. However, he also noticed some inherent limitations in this new, pioneering digital asset. Bitcoin was relatively slow to transfer and too expensive to use routinely as a method of transaction. Lee understood that these were not desirable traits in a currency.

Lee designed it to produce more blocks than Bitcoin and for it to have a higher maximum supply. As such, it would be faster and also be more readily available than Bitcoin.

The digital currency has struggled with making inroads into Bitcoins popularity, with it being difficult for many people to see past Bitcoin since it was the first of its kind. However, as the technology behind blockchain evolves, there is potential for many people to become frustrated with Bitcoin’s comparatively slower speed and more expensive transaction fee. Potentially seeing Bitcoin become more of a store of value as opposed to an option for low value, everyday payments.

How Does Litecoin Work and What Technology is Behind It?

Due to Litecoin having a block confirmation time of 2.5 minutes, its transactions are much faster than Bitcoin which takes around 10 minutes. Each transaction between two parties is then recorded on one of the blocks of the chain.

It is built upon the same fundamentals as Bitcoin. Both BTC and LTC can be mined and as a result, orphaned blocks can occur. Orphaned blocks are created when two miners mine a block at roughly the same time, both blocks are initially accepted by the chain but later on one block is rejected. It makes use of Segregated Witness (SegWit) to reduce the proliferation of orphaned blocks created by its low block confirmation time.

Another Litecoin technology is Atomic Swaps, which provides interoperability to the blockchain, allowing the exchange of different cryptocurrencies without actually having to go through an exchange.

It’s intended purpose is to be used as an everyday digital currency. It’s speed and relatively low fees attest to this. Its predecessor, Bitcoin, is drifting ever further away from being practical in use for smaller purchases and as a result, is heading more towards being a store of value for investment.

Bitcoin is relatively expensive and slow to move around, whereas Litecoin was designed and has been improved to make it cheap and fast, and better positioned for everyday use. As such, with more websites and companies accepting LTC as a form of payment it could be considered to be ‘real money’, rather than just be a vehicle to move value between world currencies.

At the time of writing, the average transaction fee stands just above $0.01. This is a minuscule amount when considered next to the percentage fees used by credit card companies, banks and PayPal to move money across borders.

When purchasing Litecoin through an online exchange platform, a small fee will also be charged by the for completing the transaction. For example, on Coinbase purchases from 0-$200 dollars will have a fee that scales from $0.99-$2.99 and debit card transactions will have a 3.99% fee too. Whereas CEX.IO will charge a 7.5% transaction fee.

Speed - Transactions are fast, taking on average around 2.5 minutes, which is four times faster than Bitcoin which takes around 10 minutes. It achieves this by its faster block processing times.

Cost - LTC is cheap to use for transactions, especially when compared to the regular costs for Paypal, credit cards or wire transfers. Even compared to Bitcoin whose average transaction fee is around $3 at the time of writing, Litecoin is incredibly cost-efficient.

Faster block generation - Every 2.5 minutes a block is mined and 12.5 coins are generated, at the time of writing (May 2020), the next halving will take place in August 2023. This means that there is more LTC to go around. If you are an aspiring miner, there is a higher chance of you being rewarded for your mining efforts than with other certain currencies.

Interoperability - Thanks to the Atomic swap technology, Litecoin can be exchanged to other currencies without having to go through an exchange thus saving you money.

Decentralised - LTC transactions are validated by the community and the record is stored on the blockchain. As a result, there is no one central authority controlling it.

Can Litecoin Be Used Anonymously?

The record of every transaction between parties will always be stored in the blockchain. However, it would, of course, be possible to use an alias. The record of each transaction does contain a numbered wallet address, from where the coins were stored, however, these are extremely difficult to trace to any one individual. As such, LTC does provide a high level of privacy, but it is important to remember that it is not completely anonymous.

It should also be noted that if you are using one of the larger and more official exchanges on the internet you will have had to submit some form of photo ID in order to buy and sell cryptos. As such, when using these exchanges there is no anonymity concerning your transactions. Such regulation is beneficial, however, as it protects both parties involved.

The digital currency has a number of ways in which it helps to ensure the safety of its coin holders. For example, it protects against ‘Flood Attacks’, where spammers would aim to crash the network using a multitude of tiny transactions. It achieves this by making it financially impractical to carry out such an attack. It charges an individual fee for each transaction, no matter how small, thus making such attacks potentially expensive endeavours.

The use of SegWit technology also helps to prevent malleability attacks on users transactions. Segwit works by taking signature data out of the transactional record, which prevents it from being accessed by hackers.

It should be noted that Litecoin’s network has never suffered an attack, nor has it been hacked through an exchange. A testament to the measures it has put in place.

What Teams Are Working on Litecoin?

The Litecoin Foundation is a development team who work on the digital currency. Their stated goal is to ‘Advance Litecoin for the good of society by developing and promoting state of the art blockchain technologies’. They have partnered with a number of companies to help further integrate it's use into society. Such as, partnering with BitcoinRewards to help people earn LTC from online shopping, as well as Meconcash to facilitate fiat withdrawals from LTC ATMs across South Korea.

The Litecoin Core Development Team are the main developers for the coin itself and they work in tandem with the foundation, who also provide the core development team with financial support.

Atari partnered with Litecoin on the 19th of May 2020. The partnership will see LTC implemented as a method of payment to purchase Atari games and consoles, with more to come in the future. It is keen to make in-roads into the gaming industry and Atari was an obvious nostalgia choice for the developers. From Atari’s standpoint, the partnership opens up a new avenue of revenue in the form of LTC being used to purchase new consoles or Atari tokens.

What Financial Institutions Use Litecoin?

In 2018, the Litecoin foundation purchased a 10% share in WEG bank AG. As part of the deal, the WEG bank agreed to use the open source software to help with transactions. The deal allowed WEG customers to acquire cryptocurrencies through an established bank as well as enabling them to use these new currencies to pay for things.

WEG were naturally keen to be able to utilise the rapid transactions times that Litecoin could offer. Equally, Litecoin was eager to harness the legitimacy that comes with partnering with an established bank such as WEG. A partnership such as this was viewed as a big move in helping bridge the gap between crypto and traditional finance.

Litecoin uses a Scrypt algorithm for its mining in a bid to make the process more democratic. Bitcoin’s mining system, the one that Litecoin sought to improve on, was intended to be democratic, allowing all to access the currency. However, it did not really turn out that way, so Lee made sure that it would be more accessible to everyone.

The Scrypt algorithm demands that the calculations for the act of mining are carried out sequentially, rather than allowing them to be carried out in parallel, like with Bitcoin. This effectively prevents ASICs (Application-Specific Integrated Circuits) from monopolising the mining process. The prohibition of ASICs use was intended to allow greater participation for mining LTC among those who still rely on GPUs (Graphics Processing Units) to handle the task. It should be noted however that it would be very slow and may still use a substantial amount of energy.

The faster validation times for new blocks that LTC achieves further democratises the mining process by allowing more potential miners a chance to be credited for mining a block.

A Litecoin wallet is a piece of software which stores LTC. There are many types:

Is Litecoin Worth the Investment?

Litecoin has a maximum supply cap of 84 million coins, and at the time of writing, almost 64 million have already been brought into circulation. Having a limited supply of coins makes LTC a safe harbour from the depreciation normally caused by inflation. As such, in the future, it could be used as a store of value by investors during turbulent economic times as well as an option for making every day, borderless payments.

If investors buy into the notion that cryptocurrencies are the future of money, then Litecoin would make a great fit with its ethos and structure.  It is specifically tailored for rapid and inexpensive online transfers and as a result, could well end up being one of the premier cryptocurrencies used throughout the world. 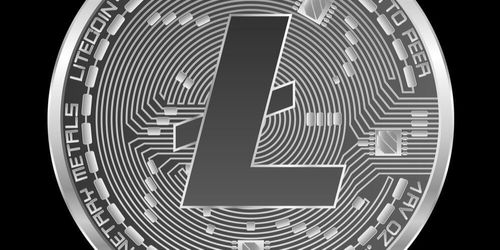 Litecoin breaks below $58 after testing a critical resistance line while ADA drops below... LTC/USD price remains lethargic below $50 even as MimbleWimble excites users Litecoin has announced... Litecoin pushed more than 10% into the green following Bitcoin’s run to $11k Crypto... The price of Litecoin remains ranged under $45 as bears take control, with data...