What Is NEO and How Does It Work?

NEO is the native currency of the NEO network. Originally known as Antshares, it was created in 2014 by Da Hongfei and Erik Zhang. Its rebrand came in 2017. After its rebrand in 2017, the onus of the NEO project became the creation of a ‘smart economy’ which involves harnessing smart contracts to distribute digital assets effectively.

Since the rebranding, the NEO coin reached its highest price to date in January 2018, which was $196.85. It is also ranked 20th against other cryptocurrencies in terms of market capitalisation.

Why Was NEO Invented?

Perhaps this question would be phrased better as ‘Why was NEO rebranded?’ as the it’s purpose was then changed to help create a ‘smart economy’. On their website, they state that they are ‘leveraging the intrinsic advantages of blockchain technology to realize the optimized digital world of the future’, by this they mean their concept of a smart economy.

How Does NEO Work and What Technology Is Behind It?

The smart economy that NEO talks about is defined as the combination of digital assets, digital identity and smart contracts. Together, when these three things work in conjunction, they constitute a smart economy.

It wants to promote the transfer of traditional assets into digital ones. These assets would be decentralised and the process of transferring them would be done via a smart contract.

A digital identity would be an electronic tag for either people or companies which the assets can then be attributed to.

A smart contract is a piece of code which actions itself when certain criteria are met. They are instrumental in the distribution of digital assets because they remove the need for the third party or middle man.  As such, by utilising smart contracts one can create truly decentralised transactions that are trustless.  In other words, there is no element of trust required in the transaction because the smart contract will always transfer the assets correctly once its conditions are met.

Its idea of a smart economy, therefore, is the synthesis of these three concepts, enabling the digital identities of normal people and companies to interact and exchange digital assets all via safe and secure smart contracts.

The network has two tokens. The first, NEO, is the token which you can actually buy. It is indivisible, meaning its smallest unit will always be 1, unlike some other cryptocurrencies. There are 100 million in existence and no more will be created. NEO generates the second token, GAS.

GAS tokens are separate and are used to pay for transactions on the network as well as the running of Dapps. GAS tokens are divisible and are generated by a decay algorithm.

It really does not have many purposes outside of the NEO network. It can be exchanged for other cryptocurrencies on exchanges, however, beyond that, it is best used on the network. Because of all its features, it is much more than just ‘money’. It is able to generate GAS tokens which are vital to developers who are making and running dApps on the network.

NEO transactions do incur a fee, however, this fee is paid for with GAS tokens. GAS tokens are generated by NEO tokens. Henceforth, once you buy your NEO tokens you should start generating GAS tokens. This means that if handled correctly, the only real expense you should incur is the upfront cost of the tokens in the first place.

During the process of purchasing your NEO tokens however, you are likely to incur some fees as a result of having to use online exchanges. It is rare to be able to exchange fiat directly for NEO tokens so the most common method of obtaining them is by purchasing a more readily available cryptocurrency such as Bitcoin or Ethereum. Once you have some of these currencies you can trade for NEO on the exchange. You will potentially incur a deposit fee, depending on your payment method, and there will also be a trading fee when you switch the currencies.

What Are the Benefits of NEO?

The smart economy - is one of the major benefits. By digitising traditional assets, one can give them all of the perks and security of a typical digital asset, due to being on the blockchain.

You can code in most languages - creating a smart contract does not require the developer to learn a new coding language. It is compatible across most programming languages. This makes the NEO network more desirable for developers and thus increases its potential for adoption and growth.

Rapid transactions - It can handle over 10,000 transactions per second compared to one of its rivals, Ethereum, who can only handle around 15. This makes it incredibly competitive in terms of speed against its rival coins.

Backing - It is backed by the Chinese government as well as massive companies like Alibaba. Whilst this may compromise its perceived sovereignty, it has actually served to make it extremely popular in China, as the support of the government has had a legitimising effect.

Until recently NEO, like most other blockchains, could be used with a high degree of anonymity but never with full anonymity. This is due to the fact that blockchain technology records each transaction conducted by the chain. Thus any ‘use’ of the chain would be logged. However, new sidechain technology allows two users to transfer tokens to each other without their wallets being logged on the chain. Instead, the sidechain is logged as the transfer recipient or sender. This means that the two addresses would not be linked. It does have the ability to uncover the sidechain’s addresses if criminal activity is suspected.

It should also be noted that the process of acquiring tokens because it usually involves an online exchange, will jeopardise any attempts at anonymity. This is due to the ID verification processes required by these exchanges to ensure security and prevent criminal activity.

The platform has yet to suffer a serious attack on its network. Whilst this is not to say there could never be one in the future, it is about as good a compliment that any blockchain network can boast in terms of security.

It’s registered nodes play a large part in the successful security of the network. In order to be a node for validating transactions, one has to register their identity and go through a vetting process. This ensures only trustworthy individuals can become nodes and if that fails then NEO have all their information to hold them accountable.

What Teams Are Developing NEO?

OnChain - Onchain was created by Hongfei and Zhang as well, however, is a separate company to NEO. Onchain are responsible for creating DNA (distributed networks architecture) whose purpose is to enable anyone to create and implement a standardised blockchain and thus be able to interact with each other. This process will be vital in the implementation of a smart economy.

What Financial Institutions Use NEO?

Switcheo - Is a decentralised exchange which is actually run on NEO. Following investments by the EcoBoost programme, Switcheo is now tied even closer to it. Trading fees on Switcheo can now even be paid with GAS tokens.

Techfund - NEO is partnered with Techfund, a company which helps support and cultivate tech-based start-ups. Its interest in Techfund is driven by their desire to see an increasing number of new companies adopting blockchain technology as this is all a part of their vision for a smart economy. As such, companies that are being assisted by Techfund will also receive assistance from NEO.

NEO cannot be mined. There is a fixed supply of 100 million tokens and as such the only way to acquire the token is to purchase it on an exchange. As it uses a proof of stake system to validate transactions it is possible to earn NEO by staking your tokens to help validate others’ transactions rather than mining as would be seen in a Proof of Work system.

There are a number of different forms of wallet for NEO tokens, which wallet you choose will provide you with different advantages. Some will offer more security whilst others will provide you with an increased degree of security. Some wallets will even allow you to generate GAS tokens with your NEO whilst they are in your wallet. Here are a few examples:

Is NEO Worth the Investment?

This is a tricky question to answer as it depends almost entirely on your own financial situation and goals. If you are interested in the NEO network, its dApps and its future potential then the purchase of some NEO tokens to enable you to interact with the network would be ‘worth’ your investment. As a pure investment opportunity, however, one should exercise a little caution.

Cryptocurrencies are a volatile investment instrument and can be subject to large daily changes in price. Therefore it is possible to lose money on a cryptocurrency investment. That being said, you should always conduct sufficient research before investing in cryptos and never invest more than you can afford to lose. 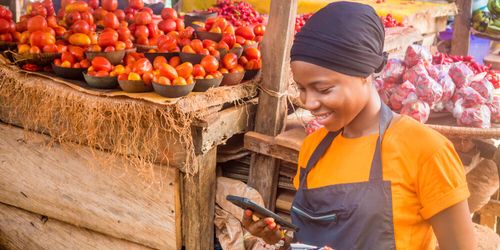 VeChain and NEO are top gainers 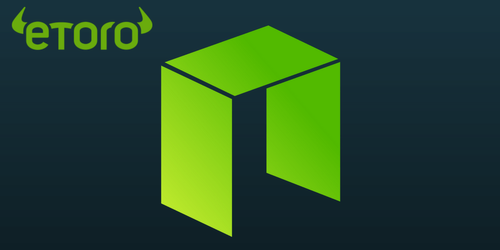 eToro Announces the Addition of NEO to its Trading Platform