The price of AMD’s shares decreased after leading global financial services firm Morgan Stanley predicted that the demand for cryptocurrency mining chips will halve during 2018.

Soon after the report, AMD’s shares dropped by 9 percent. Last Wednesday, the tech giant’s stocks were down by 13.5 percent, a day after AMD gave fourth-quarter profitability guidance below some Wall Street estimates. On October 30th, AMD’s stocks still continued to drop, which brought the tech giant to the red zone for the year, with its shares now down by over four percent in 2017.

Morgan Stanley analyst Joseph Moore wrote in a note to the company’s clients on October 30:

“[AMD’s] fundamental outlook is not quite as robust as microprocessor momentum has been slow to build, offset by cryptocurrency gains. We believe that AMD’s graphics surge has been caused by a sharp increase in sales of graphics chips to cryptocurrency miners. We expect this to meaningfully decelerate next year.”

The popularity of mining GPU mined cryptocurrencies such as Ethereum has resulted in increased demand for graphics cards during 2017. To improve efficiency, miners often opt for high-end GPUs manufactured by Nvidia and AMD. Miners (and cryptocurrency enthusiasts) often choose to hold on the coins to speculate on the long-term value. For example, Ethereum, according to CoinMarketCap’s statistics, has surged up by nearly 3,500 percent this year.

Moore, in his analysis, lowered his price target for AMD shares from $11 to $8, which represents a 32 percent decrease since October 27th. Moore predicted that AMD

“We expect cryptocurrency to gradually fade from here, consoles to decline, and graphics to be flattish. To be clear, we admire what the company has accomplished on a fraction of its competitors’ budgets in both microprocessors and graphics – our cautious view is based entirely on the current stock price, and the limited potential for upside in 2018 and beyond,” Moore wrote. 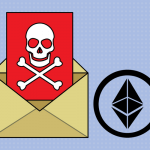 Previous
Hackers Stole Over $15,000 With a MyEtherWallet Phishing Scam
Next
Energi Mine Launches Blockchain-Based Platform to Reward Energy Conservation 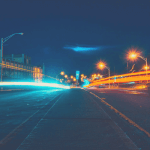