BitClave, the Ethereum blockchain-based decentralized search engine, which completed one of the most successful pre-sales of crypto-tokens by raising nearly $15 million, has developed a transparent and efficient framework in which user data is protected and users are incentivized with advertisement engagement.

One of the biggest concerns expressed by users of search engines and social media platforms relates to the lack of privacy measures and the lack of control they have over their own personal information.

In September, Google received a record-breaking number of government data requests in 2017. In its biannual transparency report, Google revealed that it had received over 48,000 requests from the government, affecting more than 83,000 users. 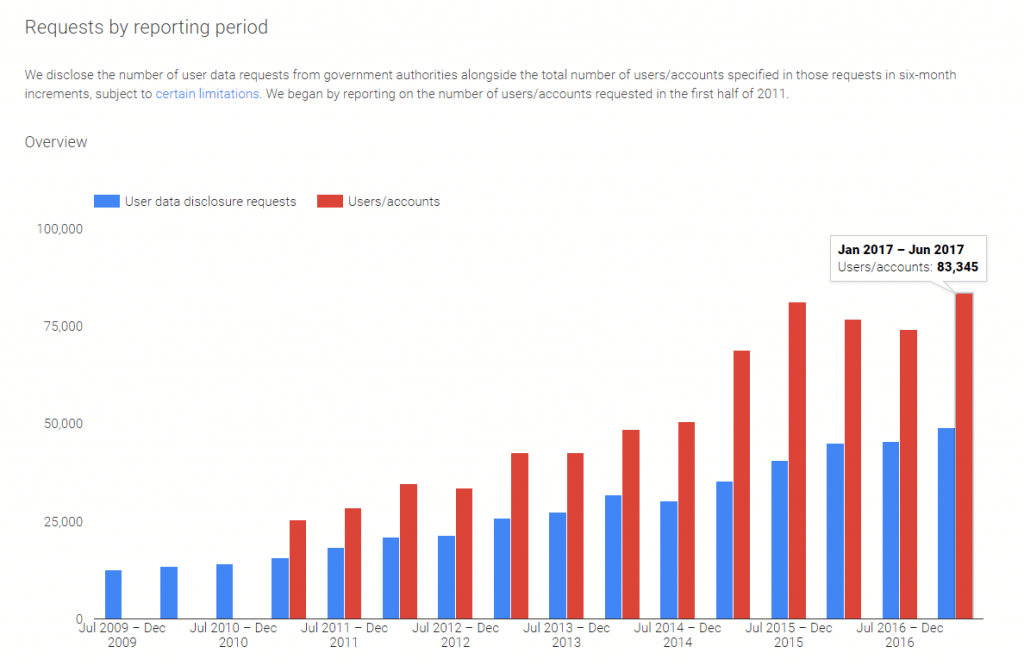 Even when security and privacy measures are high, users are still at risk of having their data accessed by governments and law enforcement agencies who can request the personal information of any user. However, when using decentralized platforms that are encrypted with cryptographic systems and signatures, it is not possible for them to obtain any data because information exists in a non-custodial peer-to-peer network.

In an interview with CoinJournal, BitClave CEO Alex Bessonov explained:

“The BitClave ecosystem has the capability to anonymize information contributed to the blockchain, creating what we refer to as the anonymous activity ledger. Activity anonymization is done in a way that allows only authorized parties to attribute multiple activities to the same customer. For all other parties, the data is not attributable to specific individuals while remaining valuable for statistical and data aggregation purposes.”

As such, since data is distributed across the network, and personal information cannot be attributed to specific individuals, it would not be possible for governments or any organization to request personal data of users from BitClave.

“This gives the customer control over what data is allowed to be created, shared, and accessed, all managed and enforced through the use of blockchain and smart contracts,” he added.

“The BitClave tokens will compensate users for engaging in advertisements that they find interesting or useful. If a user searches for a new pair of sneakers, for example, they will be presented with advertisements for sneakers from businesses where the user’s preferences and the business’s target audience match. The user can then engage with each advertisement, earning tokens for their time and the data they choose to share with that business. We’re working with our business partners, as well as several online communities, to help spread the word about how our tokens function directly to the people we believe will benefit from the feature.”

Upon the completion of its final token sale in late October, the BitClave team will allocate their funds to research, development, and maintenance. in our interview, BitClave CEO Bessonov provided the distribution of funds raised during its initial coin offering (ICO):

“As for the funds raised during the crowdsale, the majority (38%) will be put towards development and maintenance of our platform. We will also be allocating 37% of our funds towards community development and expanding adoption of our platform, as we want to reach a critical mass of users and businesses in the ecosystem. We have 8% set aside as contingency funding, 7% for covering administrative costs, and 5% each for our advisors and legal expenses.”