Home › Latest News › Blockchain-Based E-Voting Proves to Be A Hit in Switzerland: Report

Following the successful blockchain-based e-vote last summer, residents of Zug, Switzerland, are eager to adopt the new voting method more broadly, citing a quicker and easier process than traditional ballots, according to a new study that surveyed those who participated in the e-vote.

The city of Zug, Hochschule Luzern’s Blockchain Lab, and Luxoft, jointly released a report last week on the results of the e-vote in Zug. The report highlights the benefits of decentralized voting, outlines the underlying architecture of the blockchain-based system and analyses the experience of residents who participated in the vote.

The findings reveal that most residents welcome the prospect of more blockchain-based e-votes with nearly eight in ten of respondents in Zug welcoming the voting method in the city, and only 2% opposed to it. 52% agree that e-voting should be introduced to make voting easier and quicker than filling out a ballot. Ecological and economic arguments were also mentioned. 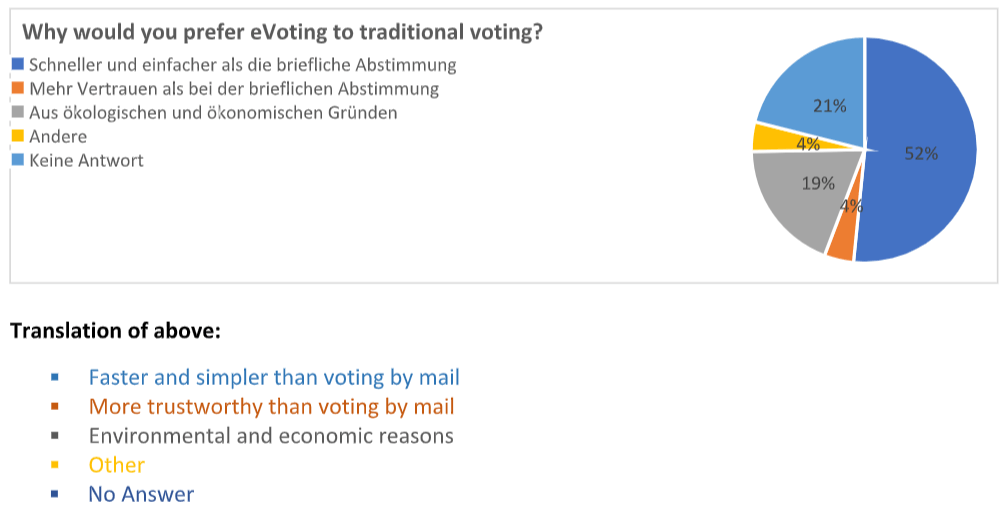 Some residents though remain skeptical, with 16% citing security concerns. Many survey participants believe the Zug population should still have the option to vote by mail in addition to e-voting. 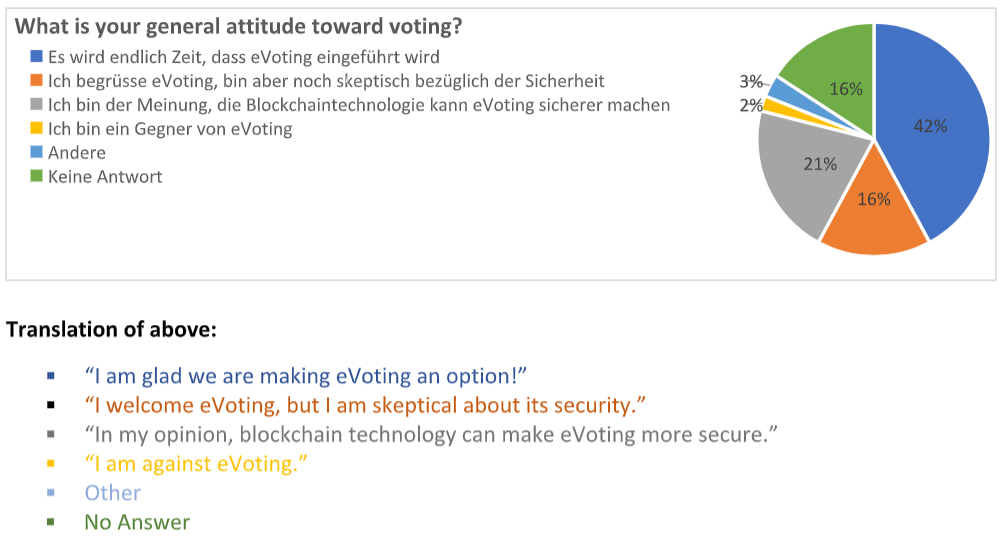 “It is nice to see that, despite some minor difficulties, many people in Zug are happy to live in such an innovative community and look forward to further research and development in the field of digital ID and blockchain technology,” said Dolfi Müller, Zug’s city president.

Vasily Suvorov, CTO of Luxoft, the company that built the blockchain-based voting solution, said in a statement that the findings show that voters in Switzerland are rapidly recognizing the value of blockchain in voting.

“While the technology that underlies this system is extremely complex, residents agreed that the platform was simple and practical to use,” Suvorov noted. “This is a platform that makes it easy for people to interact with blockchain on an everyday basis.”

The blockchain-based municipal vote took place on June 25 and July 1, 2018. Amongst the 220 residents in Zug with digital identities, 72 took part in the e-vote and 95 responded to the online survey which sought feedbacks on e-voting secured by blockchain technology and the voting process.

The city of Zug introduced the ability to use digital IDs on November 15, 2017. The system is still in pilot phase. In addition to e-voting, various other applications are in evaluation or already in operation as pilot projects, including sharing city bicycles via an app. Borrowing books from the library will follow next.

Zug is also known as Crypto Valley, a nickname it earned for the high concentration of cryptocurrency and blockchain startups located in the city. It joins the many governments around the world that are looking at blockchain to increase transparency and efficiency in the voting process.

Last week, South Korea’s ministry of science and ICT unveiled plans to develop a blockchain voting system with trials starting next month in the private sector. The system will apply blockchain in voter authentication and result saving.