The latest version of Coinshares’s bi-annual bitcoin mining report is now available, and it includes some fascinating conclusions in terms of the types of energy sources involved in the bitcoin mining process. According to the report, at least 77.6% of bitcoin mining is powered by renewable energy, which is in direct contrast to the sorts of over-the-top claims often made in the media in regard to the Bitcoin network’s potentially harmful effect on the environment.

In fact, the report goes as far as to claim that bitcoin mining likely has a positive impact on future developments in the renewable energy industry.

The report from Coinshares focuses on the levels of renewable energy use in China, where a 2017 Cambridge University study (PDF) estimated 60% of mining hardware is located, and other parts of the world, such as the Pacific northwest in the United States, where mining activity has increased over the past year or two.

Is Bitcoin Mining Going to Kill Us All?

There have been many outrageous claims made in the media when it comes to bitcoin miners’ potentially negative effect on the environment. Some of these reports point out that the Bitcoin network is using more energy than entire countries, while the most incredible claims go as far as to say bitcoin mining alone will eventually account for a two degrees celsius increase in global temperatures.

These sorts of reports in the media also tend to ignore the potential benefit of the existence of a global, apolitical medium of exchange and store of value.

In the report from Coinshares, both of these points are quickly tackled in an introductory section.

“Our view is that cryptocurrency mining—while costly—is doing little meaningful harm as far as the environment is concerned, and is also unlikely to do so in the foreseeable future,” says the report. “We also believe the benefits of a global, censorship-resistant, highly transferable money with a rock- solid monetary policy behind it is worth that cost.”

The report goes as far as to indicate that bitcoin mining could be subsidizing the development of renewable energy generation because miners are always looking for the cheapest possible energy sources to improve their bottom lines.

A Report Based on Rough Estimates

While the report is conservative in its estimates around the use of renewable energy for bitcoin mining, it should be noted that the conclusions are based on rough estimates in terms of where miners are located and what kinds of energy sources they’re using.

For example, Cambridge University’s estimate of 60% of bitcoin mining taking place in China and a variety of other isolated sources were used as the basis for the geographic location of miners in this study. The nature of bitcoin mining is such that miners do not necessarily need to reveal their location or the size of their operations. This is a key part of what allows Bitcoin to remain apolitical as systems with identified parties processing transactions could be more easily coerced by governments or other parties to implement censorship policies.

Additionally, it would be practically impossible to physically confirm the energy resources used by every bitcoin miner in the world. Instead, the report cross-references analysis of the energy mix used by a particular region with publicly available curtailment data.

“[This] should offer insight into the most likely source of electricity supply for these miners by region,” says the report.

While the report is based on rough estimates around bitcoin mining data, the authors are still confident in their conclusions, especially in terms of the types of energy used to mine bitcoin in China.

“A cursory look at the combined data leads to an observation which cannot simply be explained by coincidence: the bulk of Chinese Bitcoin mining is located in provinces where either wind [or] solar curtailment is high, or where total installed hydropower capacity is large,” says the report.

The report adds that it is “clearly not by chance” that miners have decided to locate themselves in areas of the world where the supply of electricity is in surplus, as the authors estimate just below 50% of a miner’s total cost of operation are electricity bills.

“The correlation is crystal clear: the very provinces that house the majority of cryptocurrency mining

operations in China are also the ones that derive sizeable proportions of their energy generation mix from renewables,” reiterates the report.

“[I]t would be reasonable to assume, given the impossibility of confirming on an individual miner basis, that the energy mix most miners face on the provincial wholesale market would be at least renewable to a similar extent,” adds the report. 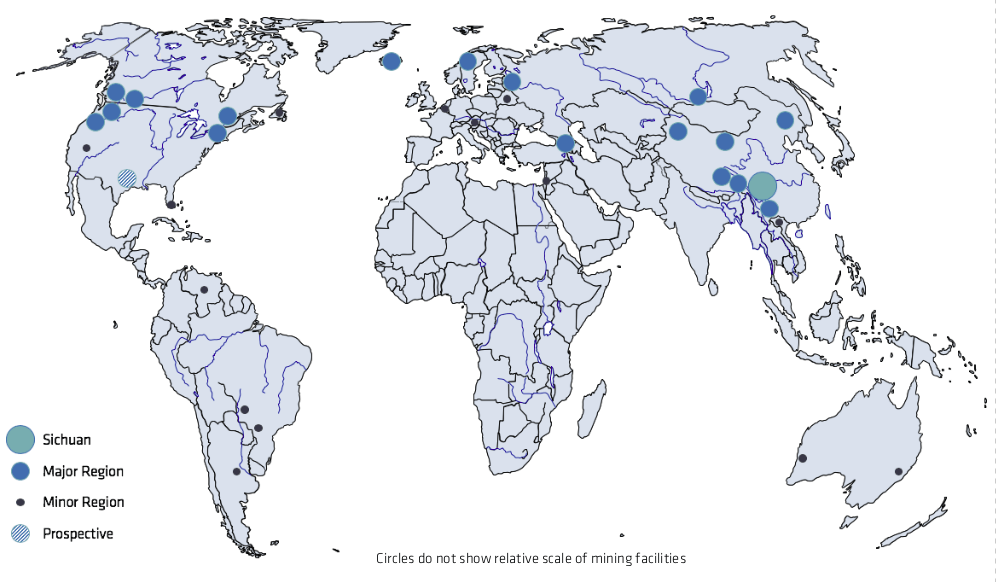 Trump supporters now have their own cryptocurrency: here’s where to buy RTTV2