What Is Bitcoin - A Virtual Currency or Is There More To It?

Bitcoin is a digital or virtual currency based on a peer-to-peer network created in 2009 to become a viable replacement of conventional fiat currencies and payment systems. Based on a decentralised mechanism, Bitcoin is denoted by BTC and aims to take control of money away from governments and huge organisations and give it to the people. Bitcoin isn't a physical entity; it's a code that exists on a ledger that's present on every computer within its network.

Every transaction that occurs on the blockchain is transparent and is visible to everyone. No bank, state, or central authority has any power over Bitcoin, and its price is strictly defined by demand and supply dynamics in the market. Since 2009, Bitcoin has become the most popular and valuable cryptocurrency, accepted by hundreds of retailers and brands worldwide.

Why Was Bitcoin Invented?

Launched in January 2009 by an anonymous individual or a team that goes by the pseudonym of Satoshi Nakamoto, Bitcoin blockchain and currency were created to take control of the money back from big financial institutions and governments and hand it over to the people. It was designed to work on an infrastructure that was transparent and decentralised. Moreover, it also enabled a higher level of anonymity and affordability.

When Bitcoin came out, nations worldwide were struggling to deal with the recession caused by the US housing market crash. The recession gave birth to the sense that these large financial institutions have an unreasonable amount of control over the country's economy. The regulations that were in place have failed to keep them in check. Apart from that, using these institutions for financial matters meant you had to share your personal information with them, deal with the delays, and pay a high transaction fee.

Bitcoin was the first cryptocurrency that attempted to solve those issues by providing an alternative to people who don't want to rely on banks to manage their finances and transactions.

How Does Bitcoin Work and What Technology is Behind It?

Bitcoin relies on a peer-to-peer network, a collection of computers called nodes that are linked with each other and run Bitcoin blockchain. It's called a blockchain because it contains blocks of codes that are chained together in chronological order, with each block having a record of transactions. Since the blockchain is present on every computer or node, nobody can make any changes on their own as other nodes won't verify those changes.

People who own these nodes and process and verify the transactions are called miners. For investing in the Bitcoin ecosystem and facilitating verification, they're rewarded in Bitcoin. These miners ensure that no unauthorised transaction occurs on the blockchain and ensure no single person has more control over the blockchain infrastructure to maintain decentralisation. New bitcoins are being rewarded to miners at a rate that's continuously been in decline since the total supply of Bitcoin is limited - that is, 21 million coins.

Unlike fiat currencies which are printed based on the number of goods and services created by a country to ensure price stability, Bitcoin cryptocurrency is created through an algorithm that takes different factors into account. Bitcoin works by having two types of keys - public and private. These keys are long strings of letters and digits created by the encryption algorithm of the Bitcoin blockchain. Public keys are visible to everyone for transparency and recordkeeping, while private keys enforce ownership and transferability.

Yes and no. Currently, Bitcoin is the most viable alternative to the conventional currency. However, it is still so far away from acquiring the ubiquity, convenience, and speed of cash that is backed by traditional financial institutions. That being said, it has been reported by HSB that around 36% of small to medium-sized businesses in the US are accepting Bitcoin as a valid currency. Some of the notable names include Expedia, Microsoft, AT&T, Overstock, Burger King, and Wikipedia.

It's important to note that as compared to altcoins, Bitcoin has been more popular with consumer-centric brands like KFC, Playboy, Twitch, CheapAir, and Subway. The majority of the other digital currencies are generally accepted by brands and companies that have built their businesses with a cryptocurrency-focused approach. Over the years, Bitcoin has acquired more mindshare in the mainstream than any other virtual currency. However, it still has a long way to go to be considered as good as real money.

Moreover, the commission and fees charged by a variety of cryptocurrency exchanges, including trading services, differ in terms of percentage and pricing structure. Generally, buying and selling through wire transfer will cost you anywhere between 0.5% and 3% while using debit cards can set you back up to 10%. On the same note, bank transfers may come with a fixed fee. The pricing around Bitcoin transactions can be quite complex and differs considerably depending on factors, including payment mode, amount of Bitcoin, and geographical presence.

What Are the Benefits of Bitcoin?

Designed to be a viable payment alternative, Bitcoin offers a wide variety of benefits, including the following:

Fast Transactions - Using a peer-to-peer network that spans across all the populated continents, Bitcoin can process and verify transactions in a matter of minutes, regardless of the amount.

Affordable - One of the significant draws of Bitcoin transactions is their low processing fees, allowing consumers to send and receive any amount of money anywhere in the world without paying exorbitant charges or service fees.

Extremely Secure - Blockchain is a system that's designed to enforce security through unanimity. A single individual with malignant intentions can't compromise the system, and the safety is also reinforced through cryptographical encryption.

Widely Accepted - Bitcoin is the only major cryptocurrency with a broad appeal with consumer brands that include Microsoft, Burger King, KFC, Wikipedia, and many more. Other altcoins have failed to gain similar traction.

Constantly Improving - At any given moment, hundreds of developers are working on the Bitcoin Core project to improve further the Bitcoin payment system, including faster processing and verification and even lower transaction charges.

Can Bitcoin Be Used Anonymously?

Anything you do on the internet can't be anonymous in absolute terms. That being said, as compared to how conventional financial transactions work, Bitcoin can be considered as relatively anonymous. The issue is governments are trying to regulate cryptocurrency trading, which means they require exchanges and trading platforms to comply with KYC (Know Your Customer) and AML (Anti Money Laundering) regulations. When you buy or sell Bitcoin on any major trustworthy crypto exchange, you need to provide at least some personal information for verification.

There is also a flip side to anonymity. The more anonymous you want your transactions to be, the more you get away from the cryptocurrency exchanges. And even then, it's highly likely that if a government agency or an expert hacker wants to find out about you, they will.

How Safe is Bitcoin?

Bitcoin is an inherently secure system as blockchain mechanism is designed for immutability - which in simple language, it can't be reversed once a transaction has occurred. Moreover, the transaction can't happen unless all the nodes verify it and give their nod of approval. Furthermore, Bitcoin is made secure with cryptographic encryption, making it impossibly difficult for a hacker or any other malicious cyber attacker to break into the blockchain.

For safe and secure storage of Bitcoins, many software and hardware wallets are available that ensure your digital assets don't get compromised. These wallets can be further secured with two-factor authentication as well as a passphrase.

What Teams Are Working On Bitcoin Development

Bitcoin is a vast and dynamic project with multiple teams and hundreds of developers working on different aspects of it worldwide.

One of the best things about Bitcoin is that it's a free service, and any developer can contribute. All the code is stored in a GitHub repository, while conversations regarding future developments occur on the Bitcoin-dev mailing list and GitHub. Developers can participate in starter projects where they can write tests, fix existing bottlenecks, and work on finding solutions to known issues. Some of the teams that are directly involved in Bitcoin development include the following:

Major Bitcoin contributors are mentioned on the website sorted by their number of commitments. Top contributors include Wladimir J. van der Laan with 6500+, MarcoFalke with 2500+, and Pieter Wuille with 1500+ commits. You can see the whole list on Bitcoin's official website. Apart from the Bitcoin core and direct development, there are many free software projects that developers can work on, including Bitcoin Wallet, BFGMiner, and Armory.

Which Financial Institutions Are Invested in Bitcoin?

Since Bitcoin is a direct competitor to financial institutions and banks, they are not looking to invest in the project directly. That being said, they are looking to experiment with Bitcoin blockchain and other decentralised cryptocurrencies to develop a more viable and consumer-friendly payment infrastructure. These banks and financial institutions include Bank of America, JP Morgan, BNP Paribas, SocGen, Citi Bank, UBS, Barclays, Banco Santander, Standard Chartered, and Goldman Sachs.

Mining is the process that helps Bitcoin in processing transactions and keeping blockchain secure. It involves adding new blocks to the blockchain carrying new transactions and maintaining a chronological record. Once the transaction is verified, the blocks get split, keys are created, and the BTCs get transferred. Miners can also create new Bitcoins by using the computing power to find solutions to cryptographic problems.

The reward given in terms of Bitcoin is based on the unanimous decision of the network and is usually around 6.25 bitcoins. To ensure there's no inflation, Bitcoin has a fixed supply of 21 million BTCs.

If you want to store your BTC safely and securely, you will need a Bitcoin wallet. It can either be a physical device or software which you can use on your browser or download as an application on your PC or mobile. Some of the top BTC wallets include the following:

Is Bitcoin Worth The Investment?

There is no easy answer to this question. The thing is, cryptocurrencies, including Bitcoin, have only been famous for a few years, and they don't have a stable infrastructure behind them. This means that the price is dictated strictly by demand and supply, which can be affected by several political and social factors. This has introduced a lot of volatility in the Bitcoin space. On the one hand, you can lose a lot of money in a matter of minutes while on the other, you can gain big in no time as well.

That's why you need to be extremely cautious when dealing with cryptocurrencies, including Bitcoin. Only invest an amount which, if lost, doesn't have any adverse effect on your financial situation. Bitcoin is here to stay, but nobody can predict how its price will move the next day. You need to exercise due diligence when investing and ensure you're taking all the security measures. Jefferies discussed Bitcoin on his podcast with author Kiana Danial; who has a questionable... Bitcoin bulls are now looking to defend $9,000 after a strong seller rejection at... 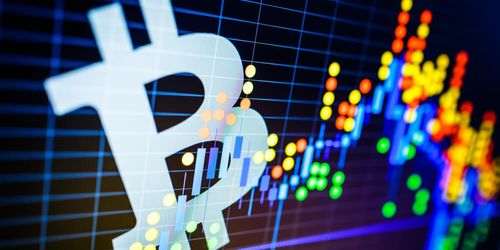 According to a recent report from The Block Research, online activity for Bitcoin is... Bitcoin’s price continues to hover just above $9,200, but two key signals suggest the... 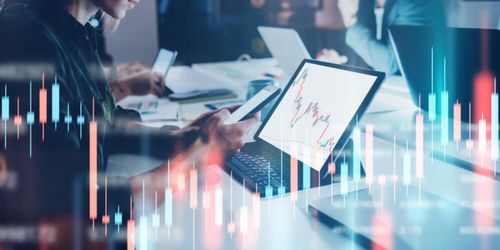 Most of the top cryptocurrencies are trading with low highs and higher lows as... 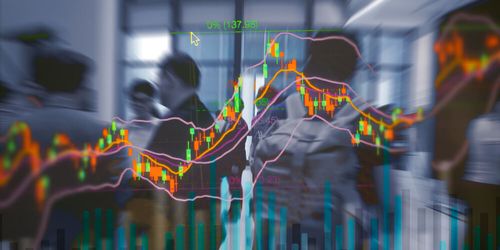 Bears look to pull Bitcoin down to $8,600 as Bollinger Bands tighten their squeeze

Bitcoin dropped to lows of $8,980 again as price remains trapped in a range...