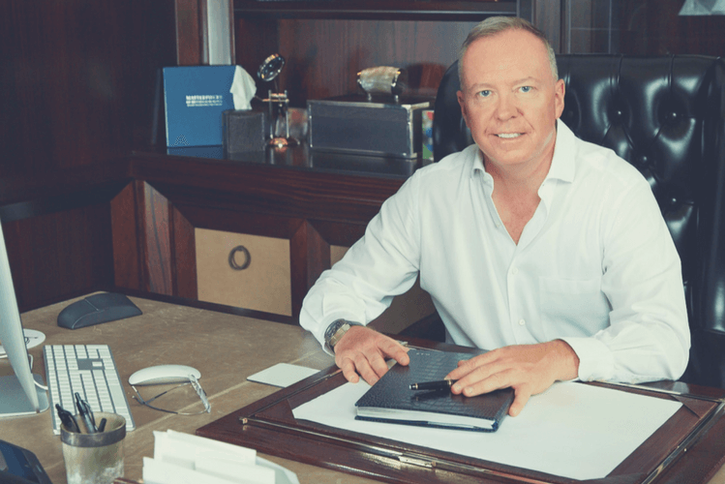 EQUI is a new cryptocurrency-powered investment platform built on the ethereum blockchain, which aims to transform the venture capital market through the launch of the EQUItoken. With the token, it enables people to back investment opportunities in real-world assets, next-generation technology companies, and ventures with the capability of revolutionizing markets.

Traditionally, venture capital investing is the preserve of institutions and ultra high net-worth professionals; however, EQUI is aiming to provide access to a wider audience between investment opportunities and non-professional investors to vetted, early-stage high-growth technology companies.

According to Doug Barrowman who has 30 years experience in identifying good investments that deliver outstanding returns, this will ‘disrupt the conventional venture capital industry, letting everyday investors and the crypto community to get involved in this space,’ he said, speaking to CoinJournal. Championing high-tech innovators and entrepreneurs EQUI aims to establish itself as a new route to investment.

Hand-picked companies will focus on technological advances and early stage ventures that address a significant market opportunity and offer the potential to grow into market leaders, according to EQUI’s white paper.

“Over time, a meaningful allocation of the investment portfolio will be deployed into ventures that have scalable ideas through utilising blockchain technology,” it reads.

In 2016, Baroness Mone released her findings of an independent government review that looked at how to increase start-ups in the most disadvantaged communities across the U.K. Visiting a variety of technology hubs she determined what barriers they faced when starting up a business.

“The number one barrier was funding and the second barrier was mentors,” Mone explained to CoinJournal, adding that she loved Doug’s idea based on two aspects. The first being that the businesses on the platform would have an experienced team behind them, including Baroness Mone and Barrowman helping with funding and mentorship.
“The other aspect is that people like my mum and dad, ordinary people who never ever get a chance to invest in projects like this because it’s normally the institutions or the venture capitalists, now they are able to get involved as well.”

Investors who have committed EQUItokens to investment opportunities on the EQUI platform will benefit from 70 percent of the capital gain generated from that investment project. Investors can either choose to invest in all the projects showcased on the platform or a selection that are of particular interest, giving investors a diversified portfolio of investment stakes representative of their interests and views. Alternatively, if investors haven’t invested in any projects they can simply hold their tokens on the platform. As an added reward investors will receive extra EQUItokens via the EQUIcredits loyalty scheme. These are calculated at five percent of the number of EQUItokens invested. Holders will need to have held their tokens for at least three months prior to profit distribution to receive the five percent reward. There is also the option of trading the token. However, Barrowman adds that the difference between the EQUItoken and other ICOs, is that the EQUItoken has real utility value, which correlates to the investments that are showcased on the platform. As the token is underpinned by the quality of the underlying investment project EQUI is transforming the crypto space where projects are typically valued based on hype and not asset values.

“With EQUI it marries real-world assets with digital space, so people can actually look at the value of their token and correlate the value of why the currency prices rise, off the back of the fact that we have got a good investment showcase transparently on the platform,” he said. “That to me is a good thing because a lot of ICOs have just been launched. I think it’s good that there is a shakedown and I think it’s good that in due course there will be regulation of this sector and it’s all part of the industry growing up.”

This latest venture from the duo comes after the success of their bitcoin property development in Dubai. In September, it was reported that the two had launched the first £250 million bitcoin-priced Dubai property venture, which Baroness Mone assets has been a huge success.

“We have already sold one tower out in conventional sales and bitcoin sales and we were the first to do it,” she said. “It was Doug’s idea and it works,” jokingly adding that there are likely to be many more ideas to come. “He keeps saying this’ll be the last one, but I know it’s never going to be the last one.”

The launch of the platform comes at a time when the cryptocurrency market is experiencing a tough start to 2018. Trading Monday saw the price of bitcoin fall below $7,000 again, representing a two-and-a-half month low. Despite the volatility in the market amid regulatory pressure, Barrowman is confident that it will rise again. 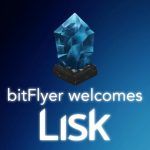 Previous
LSK Gets Listed On BitFlyer And Huobi.pro Ahead Of Relaunch Event
Next
Bitto Exchange Launches Token ICO 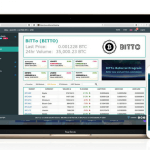