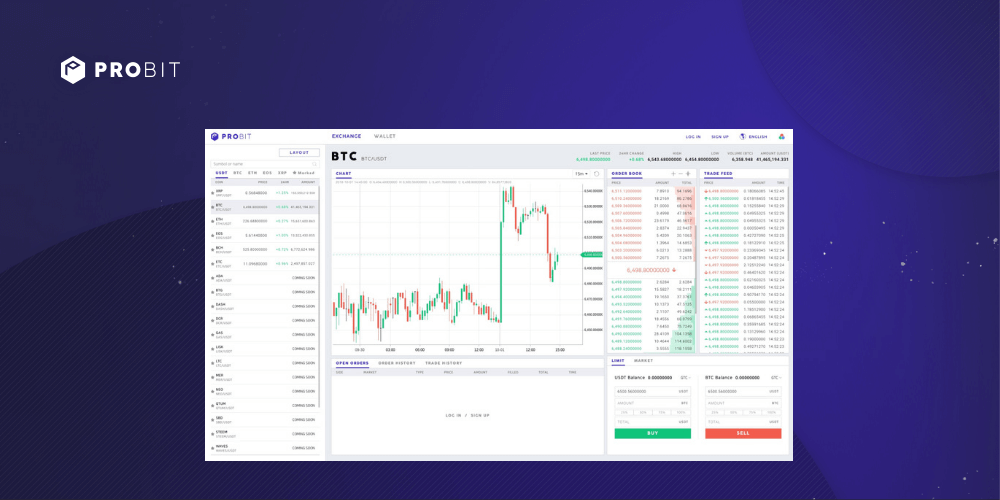 Crypto Exchange ProBit Aims to Distinguish Itself from Other Platforms

The world of finance is changing, interest in cryptocurrencies is growing and new opportunities are being presented. This includes the number of crypto exchanges seen on the market.

Yet, what makes one exchange different from another? And how can a person be sure that they have the best security in place for traders to exchange their digital assets?

In order to take the guesswork out, the ProBit crypto exchange is aiming to distinguish itself away from the numerous platforms already on the market.

According to its whitepaper, it has sought to build an exchange that will be “the most global, professional, and secure digital asset exchange for traders.” It states that 95 per cent or more of digital assets on ProBit will be stored in a cold wallet. Data is stored with the strongest encryption algorithm and is supports FIDO U2F hardware security keys and software-based two-factor authenticator (2FA).

ProBit, which states that it can handle up to 1.5 million transactions per second, will support five crypto assets as base currencies: Bitcoin, Ethereum, Tether (USDT), EOS, and its native ProBit token (PROB). In total, though, the ProBit platform will support 150 or more cryptocurrencies and several hundred trading pairs when it launches.

To see a demo of how the platform works, see this link here.

ProBit is currently undergoing its pre-sale, which is due to finish the 30th November. The main crowdsale will proceed from 30th November to 30th December. Those interested in taking part, first need to open an account before making a deposit, which they can do so here.

After the launch of the ProBit exchange, PROB will enter the trade mining period. The whitepaper states: “During this period, for qualified transactions at ProBit, PROB worth 80% of the trading fee based on the market price of the PROB will be mined and issued to the trader as a reward.”

According to the ProBit team, they are not using their own PROB tokens for the bounty and marketing spend, but rather USDT ,EOS & XRP. By purchasing the PROB token, a user has access to a number of benefits. These include trading fee discounts, voting rights for listing new tokens, increased referral bonus, and early new features.

With the launch of ProBit coming up, it’s hoping to change the way people access cryptocurrencies by offering an improved trading platform built for professionals and rewarding their users. Check out the site for yourself and read more about their crowdsale.