What Is EOS and How Does It Work?

EOS is the native cryptocurrency of the EOS.IO blockchain. The tokens are required for access to the EOS network, which is an operating software for Apps. What makes it impressive is the scale of its decentralised enterprise and its potential for scalability.

The network was created in June 2018 by the company Block.one, founded by Dan Larimer and Brendan Bloomer. The coins themselves were offered to the public a year before in June, 2017.

It is currently ranked 9th in terms of market cap in comparison to other cryptocurrencies at the time of writing, June 2020. At the end of April 2018, the coin reached its highest price to date at $22.89.

Larimer, the blockchain’s creator, is well known for helping found Bitshares and Steemit before beginning the EOS project. He also helped develop the concept of delegated Proof of Stake.

Why Was EOS Invented?

EOS was created in order to develop a decentralised platform for creating dApps on the scale of which had not been previously seen. Not only that, but it hopes to scale to a size at which point it will have no rival.

It is similar to Ethereum, however, Larimer and Bloomer believed there were a number of aspects they wanted to improve on and as a result were driven to invent their own coin. Their stated aim was that it would be able to conduct millions of transactions a second, with no fees involved. This is something that Ethereum simply does not offer. It sought to achieve this through a delegated Proof of Stake (DPoS) system to approve transactions.

The variety of dApps available on the EOS network is astounding. They range from games to mindfulness dApps to even some dApps whose aim is to help provide universal healthcare through blockchain technology.

How Does EOS Work and What Technology Is Behind It?

EOS runs on a DPoS consensus, where 21 people each day are chosen to be validators for transactions. These 21 delegates are voted for by the community. This has a number of advantages. Firstly, delegates are accountable for their actions, as if the community are not pleased with their performance, they can be voted out. Secondly, by having a small pool of validators it takes very little time for transactions to be validated. Any potential problems of having a small group of voters, are negated by having them re-elected each day,

The supply of EOS has a 5% inflation rate, 1% of which goes to the block validators at the end of the year. This incentivises them for their efforts across the year, thus helping to maintain their performance.

Through the delegated proof of stake protocol, the potential for scalability is vast. No matter how big the community becomes, the small number of daily delegates for validating blocks will allow the speed of transactions to remain incredibly quick. Paying the block validators with a portion of EOS removes the need for transaction fees.

EOS transactions are feeless on the network. Although it should be noted that fees will be incurred when purchasing the tokens through a third party. One can use the world’s largest social investment network eToro, or another cryptocurrency exchange to purchase EOS tokens. The spread on purchasing EOS on eToro is 2.9%.

Most popular dApps - dApps built on the EOS blockchain are more popular, used more frequently, and have a higher transaction volume than its rival Ethereum. This is in part due to the ownership of the network granted to coin holders.

Responsive - The DPoS allows the network to respond to problems such as the DAO attack that occurred on the Ethereum network. If that were to happen to the network, the Block validators could vote to freeze the app until it had been fixed. Thus allowing the network to continue as normal.

Decentralised OS - The fact that it is a decentralised Operating Software allows for token holders to essentially own part of the network in proportion to how many coins they hold. This negates the need for a transaction fee that networks as Ethereum requires.

Token holders are not anonymous on the network. As such they cannot be used for their intended purpose anonymously. Even when just kept in a wallet on an exchange, anonymity is not really achievable. This is because any major online exchange will require some form of ID verification process to use their services and purchase the tokens in the first place.

How Safe Is EOS?

The DPOS system, in theory, should make it relatively safe. The system would allow the potential dangers of the Ethereum DAO attack to be negated as the validators could freeze the app. However, others would argue that in order to take control of the network you would only need to control 11 of the 21 validators. Although it should be noted that this would be an unlikely turn of events.

Towards the end of 2019 however, there were two attacks on the network. One was against a gambling dApp called EOS.win. The attack involved a loophole in the blockchain’s code which allowed the hacker to create a multitude of deferred transactions, which prevented block producers from approving valid transactions.

The second attack was from a company called EIDOS that airdropped a program onto the blockchain that allowed users to generate EIDOS tokens. All users had to do was send transactions of EOS on the network, which in turn generated EIDOS tokens. This had the effect of drastically slowing down the network with all the new transactions. This second ‘attack’ seems to have been an attempt to draw attention to the limitations of the network.

What Teams Are Working on EOS?

Eosphere - Is a company that helps businesses create and develop dApps that run on the EOS network. They hope to inspire confidence in shareholders as well as Dapp developers by helping to integrate blockchain technology with traditional businesses.

What Financial Institutions Use EOS?

Galaxy Digital Assets - Galaxy digital assets is an investment fund that focuses on blockchain technology and has an EOS specific fund. The fund’s purpose is to help support and develop the network whilst also investing in teams and businesses that are looking to adopt the EOS blockchain software.

Fin Lab - Fin Lab is a German company that uses technology and expertise to help build and develop other companies. They specialise in supporting FinTech start-ups and the EOS blockchain is one of the many methods at their disposal to slipstream and improve a company’s processes.

It is not mined. Instead every year the supply inflates by 5%. From this, 1% is used to compensate the block producers from that past year. As such, if one were to become a block producer it is possible to ‘earn’ EOS in a fashion that is similar to mining.

EOS tokens can be kept in the majority of normal cryptocurrency wallets. These range between online ‘hot’ wallets to hardware wallets. Different types of wallets offer different perks from increased security to easier portability. Here are a few of the conventional types of wallet.

There are also community built EOS specific wallets that make it simple to store tokens as well as vote for block producers on the network. Here are some examples:

Is Eos Worth the Investment?

This is a personal question that only you can answer, after having conducted enough research. If one is interested in developing dApps then purchasing EOS coins is a prerequisite for this, rather than a question of whether it is worth it.

Out of pure price speculation, since its peak in April 2018, the price of EOS has gradually declined and remained at a low level.

It should be noted that the prices of cryptocurrency are volatile and subject to large daily changes. Therefore one should always conduct sufficient research before investing and never invest more than they can afford to lose. Bitcoin’s dominance index has dropped to 61.9%, the lowest level since February even as... EOS has broken below its major support level at $2.7537 after running into major... 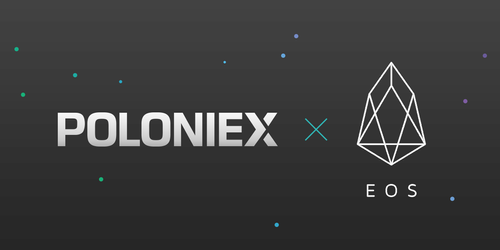 The EOS token, the cryptocurrency token of the EOSIO open source blockchain protocol, has... 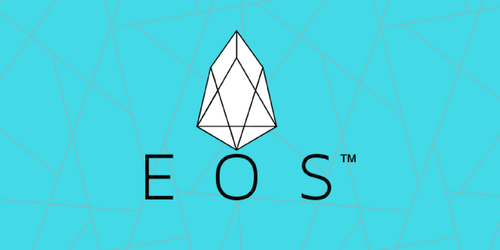 EOS Gets Ready to Launch Its Mainnet

EOS, the fifth most valuable cryptocurrency, is set to launch its mainnet soon, becoming...