Cryptocurrency Dash has been integrated into digital wallet and money transfer platform Uphold. Customers of the US-based digital money platform can now buy Dash online or on their mobile device using funds in their Uphold account. 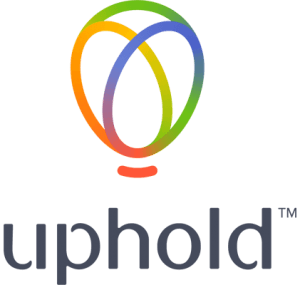 Uphold, formerly Bitreserve, is a cloud-based financial services platform that allows users to send, receive and exchange money and commodities. It provides “frictionless” foreign exchange, cross-border remittance services and a Virtual Mastercard for members around the world.

Uphold serves more than 184 countries and supports 30+ currencies, commodities and cryptocurrencies like Bitcoin, Litecoin, Ethereum and most recently Bitcoin Cash. Since launch in 2015, Uphold has powered more than US$2 billion in transactions.

The integration of Dash means that users of Uphold can now buy the cryptocurrency directly through the platform by exchanging any of the 30+ supported currencies and cryptocurrencies. Users can also send Dash to anyone with an active email address.

“We were eager to add Dash primarily due to the increased adoption and of real-world use cases,” said Colin Luce, the senior vice president and head of global business development of Uphold.

“The organizational structure of Dash, with masternodes and proposals and the Core Group, is a recipe for long-term success, especially at a time where the vast majority of the top one-hundred blockchains and currencies are still primarily speculative.”

Uphold accounts can be funded via bank transfer in the US and SEPA in the EU. Funding using credit cards will also be available in the coming days, the company said.

Commenting on the announcement, Dash Core’s CEO Ryan Taylor, said the integration will provide Dash users with “the fastest and easiest method yet for everyday consumers to acquire Dash.”

It also brings the cryptocurrency to additional countries at a time when Dash is working towards expanding geographically.

A pilot program unveiled a few weeks ago seeks to bring Dash to Zimbabwe in response to the growing demand for cryptocurrencies and alternative means to store value and make payments.

Zimbabwe’s economy has been plagued by a myriad of challenges including hyper inflation, unemployment and liquidity shortage, that have had a negative bearing on the socio-economic well-being of the country’s citizens.

In Asia, Dash was recently listed on several trading and exchange platforms include Quoine’s Quoinex and Qryptos platforms, as well as Huobi.pro, the international crypto-only exchange offering of Chinese Bitcoin firm Huobi.

Dash is the sixth largest cryptocurrency with a market capitalization of US$5.76 billion. The cryptocurrency is trading at US$745, up 6,600% since the beginning of the year, according to data from Coinmarketcap.com.