Everipedia, a wiki-based, online encyclopedia, has secured a US$30 million investment from a group of strategic investors led by Galaxy Digital’s EOS.IO Ecosystem Fund with participation from the Distributed Network Advisors (DNA) Fund and others. The startup said the funding will be used to launch Everipedia’s open source blockchain network, and grow its community on a global scale. 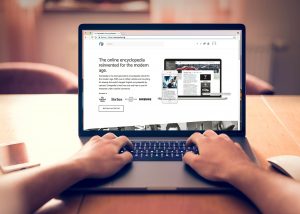 Californian startup Everipedia claims it wants to disrupt the traditional Internet encyclopedia model with the introduction of a new, decentralized and transparent protocol for accessing and sharing knowledge.

Sam Kazemian, president and co-founder of Everipedia, believes “the disruption of traditional centralized web services is an inevitable trend.” The new funding will help the startup stay “at the forefront of this paradigm shift,” Kazemian said.

Everipedia announced in December 2017 that the team was planning to use the EOS.io blockchain to create a peer-to-peer backend for the platform, including a tokenized governance system.

Sam Englebardt, the head of strategic partnerships of Galaxy Digital and the manager of the Galaxy EOS.IO Ecosystem Fund, said Everipedia was “a great fit for EOS.io … technologically and ideologically.”

Last month, Galaxy Digital and Block.one announced the formation of the US$325 million EOS.IO Ecosystem Fund. The new joint venture focuses on developing the EOS.io ecosystem and making strategic investments in projects that utilize the EOS.io blockchain software.

Larry Sanger, co-founder of Wikipedia, joined Everipedia in late 2017 to help build the peer-to-peer, distributed wiki network. He said the new capital will allow the company to build “the infrastructure for something that desperately needs to exist, something that should have been built a long time ago: a global, decentralized, neutral forum that can credibly discover the best of our knowledge.”

The Everipedia protocol will have an added incentive structure and distributed backend hosted within the blockchain. Users will be rewarded with a cryptocurrency token called IQ for curating articles. The IQ tokens are intended to encourage generating information. The company claims the new model would make feasible a fully autonomous encyclopedia without the need for advertisements or donations.