UPDATE (July 29, 2015, 11:09am GMT): This article has been updated with details provided by Kaidi Ruusalepp on the platform’s ETA and Funderbeam’s partnership with Bitcoin 2.0 startup ChromaWay.

Funderbeam, a company providing startup data intelligence, has announced a new syndication and trading platform for startup investments powered by the blockchain.

The new platform will allow investors to trade all or parts of the holdings using colored coins as a representation of their stakes and rights, bringing startup investments “from the stone age to the bitcoin century.”

According to Funderbeam’s founder and CEO Kaidi Ruusalepp, the blockchain provides a unique distributed audit trail for any digital event.

“Whether a syndicate on Funderbeam invests in one startup or many, we’ll use the blockchain to verify each transaction and then enforce it,” Ruusalepp wrote in a blog post. “The same happens when an investor sells their digital stakes/rights.”

“Every investment, every ownership change will have a secure, distributed audit trail.”

Speaking with CoinJournal, Ruusalepp said that her startup has partnered with Bitcoin 2.0 startup ChromaWay for colored coins specific technology and plans to do the very first automated syndicate and trades on the platform in September, the first startup being Funderbeam itself.

“This creates something that’s been sorely missing from startup investments: an aftermarket,” Ruusalepp said. This means that investors won’t be locked in to their investments, waiting for an exit, but will instead have the ability to sell their stakes to buyers at anytime.

By using the bitcoin blockchain, Funderbeam looks to cut out bureaucracy and needless intermediaries “while delivering speed, transparency, and liquidity to early-stage investing.”

Funderbeam, a startup with headquarters in Estonia and the UK, launched earlier this year its startup-data intelligence platform, following more than a year of beta testing.

The platform allows people to discover, track and analyze startup, and aims to bring more startup transparency to angel investors.

In May, Funderbeam raised €500,000 from new and current angel investors, taking the two-year company to €1.1m in total funding. New investors in Funderbeam include Jaan Tallinn, co-founder of Skype, and Rockspring.

“For a winning marketplace, blockchain and other technologies need to be combined in extraordinary ways — with big data, finance and regulatory know-how mixed in. Now that we have visionary backers on board, we’ll get there a whole lot faster.” 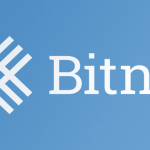 Previous
Former Visa Senior VP: Bitcoin is Probably the Biggest Innovation in Fintech Since the Introduction of Electronic Payments
Next
OpenBazaar’s Hoffman: I’m Sure We’re Being Watched at Some Level 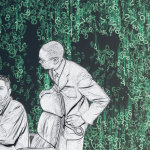