The Future of Bitcoin, a conference taking place on June 30 and July 01, 2017, in the Netherlands’ infamous “Arnhem Bitcoin City,” has unveiled its speaker lineup and agenda for the two-day event. 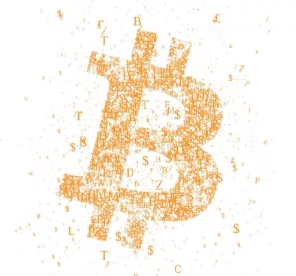 Conference speakers come from Russia, Poland, France, Italy, Norway, the Netherlands, China, Canada, the US and Argentina and represent the global Bitcoin community. They will tackle some of the most pressing challenges in the Bitcoin space and present new and exciting projects.

Speakers include Jihan Wu, the co-founder of Bitmain and founder of 8btc.com, who will deliver a keynote presentation titled “Why Bitcoin needs Multiple Implementations.”

Ryan X. Charles, a prominent Bitcoin influencer who has worked for the likes of BitPay, BitGo and Reddit, will speak about Yours, his latest venture. Yours’ technology is based on payment channels, but unlike Lightning Network, is independent on SegWit and works on Bitcoin today.

Bitgo’s software engineering team lead Jameson Lopp will discuss “coopetition” in his presentation titled “The Benefits of Coopetition in Adversarial Environments.” Jameson is the creator of Statoshi, a fork of Bitcoin Core that analyzes statistics of Bitcoin nodes. He is also the founder of Mensa’s Bitcoin Special Interest Group, as well as the founder of the Triangle Bitcoin & Business meetup.

John Swingle, an attorney who focuses his practice on patent law as well as other areas of intellectual property law, will speak about cryptocurrencies and the overhyped smart contract in his presentation titled “Smart Contracts vs. Dumb Money.”

Juan Garavaglia will present the Bitprim Project, a new implementation of the Bitcoin protocol. Based on Libbitcoin, Bitprim is built with a modular architecture with a messaging platform to let modules be 100% independent. Based in Argentina, Bitprim has a team of 7 developers working full time on the open source implementation.

Rob Mitchell, the host of Bitcoin and cryptocurrency-focused podcast The Bitcoin Game, will be the master of ceremonies during the conference. Mitchell has interviewed many well-known Bitcoin personalities including Roger Ver, Charlie Shrem, and Jeff Garzik.

The Future of Bitcoin Conference 2017 is a two-day event consisting of presentations, panels, discussions and social events aimed at bringing together Bitcoin developers, researchers and enthusiasts to discuss the future of the network.

The conference will take place in Arnhem, the Netherlands, a city that rose to fame in 2014 when it became of the second Dutch city, following the Hague, to host a “Bitcoin Boulevard.” Today, over 100 merchants in Arnhem accept the digital currency.