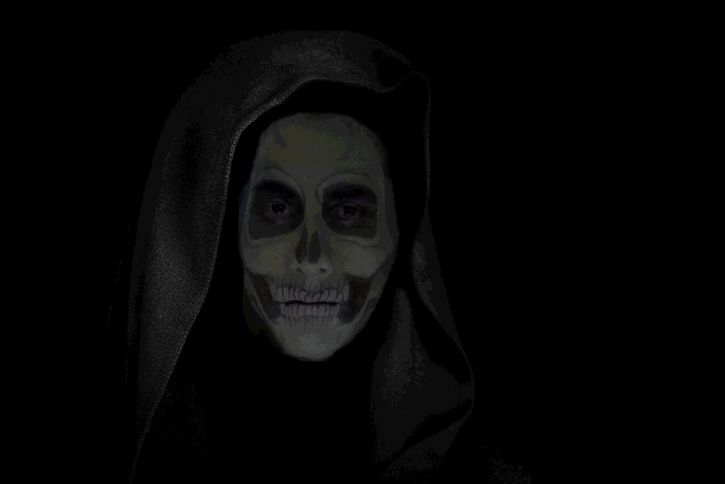 Is Craig Wright About To Kill Bitcoin Cash?

Let me get one thing out of the way at the start of this article. Bitcoin Cash isn’t going to literally die. That is all but impossible. Paycoin, the scam coin created by disgraced and convicted scammer Josh Garza is still technically alive. That coin had secret stakers that gave holders more than 500% compounding interest (in Paycoin) a bunch of fake partnerships, a fake $20 floor that never existed and even saw Garza threaten another creator with the Russian mafia.

So if that coin still technically has a price in 2018, Bitcoin Cash isn’t going to completely die, ever. Regardless of what you think of Roger Ver’s intentions, he is infinitely more reputable than Josh Garza. He has his issues, but there is no ambiguity with Garza. He was scamming and even his former supporters admit it. Yet, Paycoin still trades on a few markets, despite no place to download the wallet, no website and no one taking it seriously. It still has 19 nodes and technically, a $5M market cap. It is a long way from when the Wall Street Journal hyped the coin before launch as a potential bitcoin usurper, but the fact that it is alive at all showcases that cryptocurrencies never really die, they just go on life support.

So Bitcoin Cash won’t die in the sense that it has no value or no one is running the network. Even if all of its big players leave, there would still, at a minimum, be a handful of people maintaining the network. The money involved is already too great. There will always be some day traders trying to create and ride swings as well as a few hardcore faithful who are in too deep to stop.

But could Bitcoin Cash be on the path to functionally dying? To the point where no one takes its claim to being the “real” Bitcoin seriously, not even its supporters? It seems unlikely in the short term but there are more than a few troubling signs.

The main problem is that the community is fracturing. It probably shouldn’t be too surprising considering their existence is due to a fracturing of Bitcoin’s main community.

Craig Wright, who has been discredited at almost every turn, has decided that Bitcoin Cash’s blocksize increase to 32MB just isn’t enough. He wants the blocksize to be increased to 128MB and he is willing to split the chain again to do it.

Bitcoin Cash has undoubtedly been the most successful of the Bitcoin forks. The rest are barely a blip on the radar and have only become smaller since their invention. Bitcoin Cash appears to be going down that same path but it started with a big enough bang that it still registers. By marketcap, it is still one of the top coins around, but all of its measurables are falling and it doesn’t appear to simply be a part of the general cryptocurrency bear market.

The price of Bitcoin Cash, relative to Bitcoin and not just USD, is steadily declining. It launched at 0.19BTC and today sits at 0.08BTC. The number of transactions spiked when BCH was added to Coinbase, but have since fallen significantly outside of stress tests. Even Bitcoin Cash’s hashrate, previously trending upwards since its creation, has been trending downwards since mid-July.

(Image squished for formatting reasons, not to exaggerate the drop)

The much vaunted large blocks of Bitcoin Cash have yet to prove their usefulness. They certainly can handle more transactions than a regular 1MB bitcoin block (or even a “larger” SegWit block) but Bitcoin Cash has rarely needed that kind of space. Most of the blocks are under 100KB in size. The few that do reach over 1MB in size are usually proceeded by blocks that are less than 100KB in size, meaning that those transactions could have easily gone into the next block. While even at its peak Bitcoin Cash never had a need for 32MB blocks, it was at least occasionally exceeding Bitcoin’s blocksize during the late 2017 bull market. Even before Coinbase integration they had a few days where the average size was approaching 1MB. But now, unless someone is performing a stress test, blocks are usually measured in tens of KBs.

Why Craig Wright wants to push the block limit multiple times higher than it already is doesn’t seem to be clear to anyone. To use a boat metaphor, everyone was on Bitcoin’s Cruise liner and it started getting crowded. So a group of people decided to make their own cruise liner and make it even bigger. That seems reasonable, but only a fraction of the people joined them on their ship, so its pretty empty at the moment.

But that isn’t a bad thing, the room is there for when and if the people want it. But now, for some inexplicable reason, Craig Wright wants to make an even bigger boat and split the remaining, already sparse, Bitcoin Cash passengers between it and the original Bitcoin Cash ship.

It has gotten to the point where Craig Wright is Bitcoin Cash’s biggest liability. Previously portrayed as one of their biggest supporters, the man who is definitely not Satoshi Nakamoto seems to be on a crusade to destroy his own credibility.

There was the plagiarism incident that we covered in the past. He used stock photos of a yacht to showcase his wealth. He was shown plagiarizing a simple “Hello World” program he posted to showcase his programming abilities. He displayed a clear lack of understanding of the difference between a kilobit and a kilobyte. His company nChain has been issuing patents that have pissed off the entire cryptocurrency community.

This has all led to him becoming public enemy number 1 among both Bitcoin and now many Bitcoin Cash supporters. He doesn’t have many fans elsewhere. Vitalik Buterin, the creator of ethereum, suggested that Bitcoin Cash go ahead with a fork in order to cut Craig Wright out of the community.

One notable exception is Ryan X Charles, best known for working with Reddit on a canceled cryptocurrency product. He is still supporting Craig Wright’s claim that he is Satoshi. Charles also admits to being funded in part by Wright’s nChain, but notes that he receives more money from Bitmain.

The question I keep hearing is, who asked for all this in the first place? No one besides Craig, and a few hardcore supporters of his seem to want 128MB blocks at this time. The best argument for the fork I’ve heard was Vitalik’s assertion that they use it to cut him out. The only question is how much of the Bitcoin Cash community is going to follow him?

The drama has gotten so heated that Jihan Wu, the CEO of Bitmain and likely the man most responsible for Bitcoin Cash staying afloat, has called Craig Wright a fake Satoshi and said he may be a “Blockstream spy.” He has also been taking pot shots at Pro-Wright outlet Coingeek calling their reporters “fiction writers.”

It hasn’t been one sided either. Craig Wright has said he has more hashing power than Bitmain. That his team will bankrupt Bitmain by orphaning their blocks if they don’t go along. He also ccused Jihan Wu of paying the Bitcoin ABC team under the table using Monero and said that he wants “shit coins”.

For his part, Ver has remained fairly silent about the issue, the only possible exception being a tweet from Friday stating that “Patents are an illegitimate government granted monopoly.” seemingly but not necessarily a shot at nChain’s recent patent grab.

Bitcoin ABC’s (The Bitcoin Cash client favored by Bitmain and Wu, as well as the most popular) Medium account laid out the argument on why you shouldn’t just “symbolically change a number.” That there are other technical hurdles that need to be overcome first It seemed like a logical argument, but to me, that seems almost besides the point. The real question people should be asking is why would anyone want to do this now?

Bitcoin Cash has a problem with centralization as it is. I don’t mean that in a trollish, or philosophical kind of way. It just lacks the number of nodes that Bitcoin has and its hashing power seems centralized in relatively few places. In truth, it isn’t close to the most centralized cryptocurrency out there. It’s just that if it wants to replace Bitcoin as the world’s preeminent cryptocurrency, it has some work to do.

But if they split again, both sides will become more centralized, more susceptible to 51% attacks, and less attractive to anyone wanting to use Bitcoin Cash as a store of value, speculative investment or as a means of spending.

So why do it? Especially when it factually isn’t needed at this time? Why would someone look around an nearly empty boat and then declare “The problem is the boat isn’t big enough, I’m making a bigger one. Come with me.”

So there has to be a reason other than block size that Craig Wright is moving in this direction. Wormhole, the off-chain smart contract system that burns Bitcoin Cash in exchange for its internal token, is being created by Bitmain. Wright sees this as Bitcoin Cash’s version of the Lightning Network, which was one of the main motives of the original split between BTC and BCH.

It is certainly one reason why he wants his own ship.

But isn’t that last part really the key? He wants his own ship. One with massive blocks and no off-chain solutions. One where he is in charge and it’s his vision.

Which is a problem. When you only have three leaders and two of them disagree. You split, and you split again. Bitcoin’s governance can be sort of rudderless. Wlad isn’t the most active of leaders and so things progress slowly. The flip side is that we have a ton of quasi-leaders and none of them have enough pull to create their own split. One of the few that did was Ver, and he did it with Bitcoin Cash. But with him and his supporters gone, another split of the BTC chain seems very unlikely anytime soon. There isn’t one company or one personality strong enough to pull enough miners, users and merchants to do it.

But with Bitcoin Cash, there are only a handful of leaders. If they start cutting up a continually shrinking pie, they’ll all get a slice but it might not be much more than a morsel.

I once warned that if the Bitcoin developers didn’t figure something out for scaling quickly, Bitcoin Cash would be waiting to catch the overflow. Since then, thanks to a combination of SegWit adoption, early Lightning Network affects and a general decrease in cryptocurrency attention, fees have lowered to an acceptable level.

Now I want to give another warning to the Bitcoin Cash community. You have done a pretty good job as positioning yourself as the most legitimate alternative to Bitcoin that does much the same thing. You haven’t won that battle yet, Litecoin still has a claim to that throne, but you are in the discussion. And you have to win that battle before you can even think about taking Bitcoin’s throne.

If you split again, it will hurt your credibility. It will destroy whatever momentum you have left. It will inconvenience users, exchanges, and merchants. You have already confused merchants with BTC/BCH, do you want to do it again with Bitcoin Cash SV?

Do you want to be a contender or an also-ran? Pick a side because Litecoin will eat your lunch otherwise and not too many people will be sad to see you go. 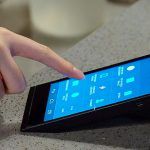 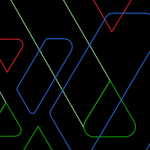