When my interest in cryptocurrencies first peaked in early 2013 my first purchases were stored either in online wallets, or on scraps of paper hidden in my house, with the poultry value of my holdings there was little need for any scrupulous procedures, nor were there many other options. Eventually, my interest led me into mining, the amount of Bitcoin I owned significantly increased and the price began to quickly rise, at this point I purchased a Raspberry Pi, transferred everything to Multibit and stashed it away in a secure spot for safety. When Satoshilabs announced the Trezor, the first Bitcoin hardware wallet I quickly “pulled the trigger” and finally (after a number of delays) received my new cold storage device during 2014.

My Trezor has served me well and despite a few minor niggles, it’s adorned my keychain and kept my Bitcoin safe and secure for over 2 years, but it was released in 2014, a lot has changed and there are a few new kids on the block, so as soon as Keepkey offered us the chance to try out their wallet, we jumped at the chance. 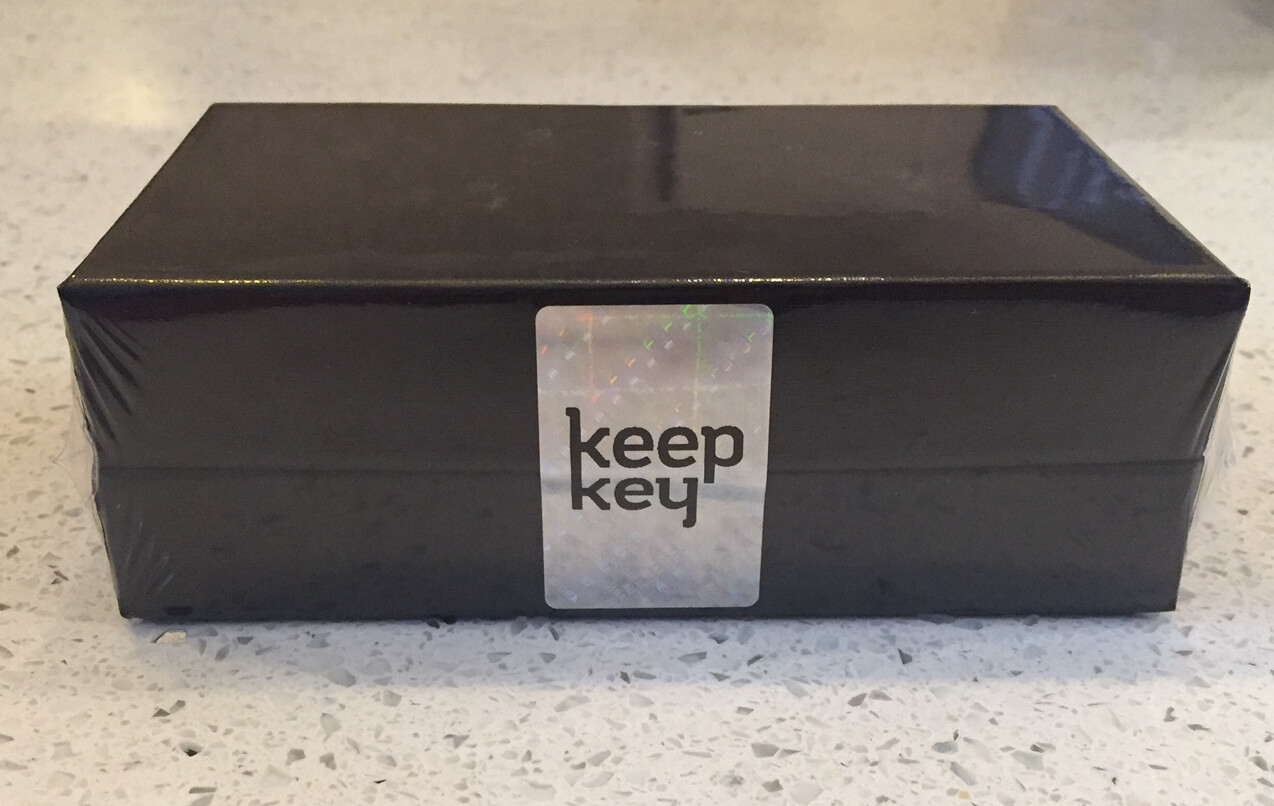 The Keepkey is sent to users in a box similar to other similar products, sealed with a holographic seal to ensure that it’s not been tampered with. Though a minor detail, the attention to detail is clear even before opening, with the branded seal and the subtle embossing to the lid serving as a nice touch. 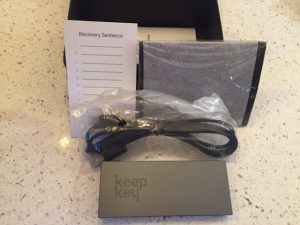 Opening the box I was greeted by the glossy 3.2″ OLED display of the device and to echo the sentiment of others, the little black box is by far the best-looking hardware wallet I’ve seen, having used both the Trezor and Ledger (albeit briefly when I purchased one for my Father in Law) the Keepkey is cooler and more professional looking, it is also surprisingly smaller than I imagined it would be. Accompanying the wallet is an instruction manual, recovery sentence card, leather pouch and a braided USB cable which though a minor addition, again showcases the quality of the product and at the risk of sounding like I am nitpicking, is much higher quality than the one shipped with my Trezor which stopped working within the first month.

Setting up the Keepkey was simple. I navigated to the URL provided in the instruction 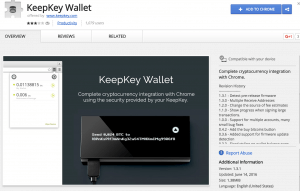 manual and was prompted to install a Chrome extension, followed by the “Keepkey Proxy” app. After updating to the latest firmware the wallet was ready to be used. The first step was to “Initialize” the wallet which involved setting a pin, generating a recovery seed and creating private keys. The process was simple, but if I had one complaint, it would be that there isn’t the ability to save progress. I stopped hovering over the icon in the browser so I could take a screenshot and when I returned I had to start the process over again.

Unlike the Trezor, the Keepkey does not have a web wallet but is compatible with Electrum and of course Multibit, who they recently acquired. Initially I was 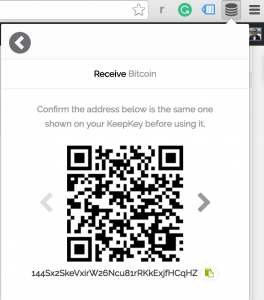 put off by the lack of web wallet, though I have Multibit and Electrum on my home computer, I don’t always have access and enjoyed the flexibility of being able to access it anywhere (once I had installed
the bridge) however, I quickly got used to managing the device from a button and enjoyed the ease of being able to simply press a button in my browser to send/ receive. As soon as I began the process of sending Bitcoin to myself the device generated an unused address and prompted me to check this matched what was displayed on the screen. I sent 700 bits from our Changetip wallet to the device and waited for confirmations.

I attempted sending by browsing to a page which I knew contained a protip address, hoping that Keepkey would detect the address, allow me to click on it and send, however, this was not offered as an option but would be a good addition in the future. I, stead I clicked on the icon and manually pasted in the address. I was then prompted to enter my 6 digit passcode and confirm by clicking the button on the top of the device. The transactions were then displayed under the transaction tab where I was able to view more information about each via Blockcypher.

Overall, the Keepkey is a great device, the Oled display and one button makes actually physically using the device a lot easier than others and it stands apart in terms of its professional design. The plugins are easy to install and use, but the lack of a web wallet took a bit of getting used to, however after less than half an hour I enjoyed the flexibility. The only negative I found with the device was the lack of options within the plugin: The ability to send directly from a link and being able to label sending addresses would be welcome additions, the latter of course, is available when using the Keepkey with software such as Electrum or Multbit.

Disclaimer: We were not paid to write about Keepkey, but were sent the device for free. Buy yours, direct from KeepKey and pay using Bitcoin