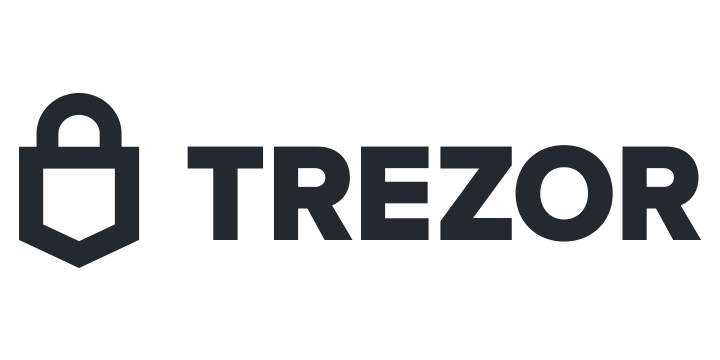 Trezor is one of the pioneering wallet solutions for cryptocurrencies, enabling you to store your tokens securely, regardless of whether you wish to use them as currency or for trading.

It was the world's first cryptocurrency hardware wallet, and its proponents claim that it is one of the safest. In this Trezor review, we will assess the qualities and characteristics of the wallet system.

How to Set Up Your Trezor Wallet

1. Order/Buy Trezor Wallet: As it is a hardware wallet, there is no initial download; as such, users must purchase the device online or in-store. This external device is intended to be kept in an offline environment. Once you have your device, it is time to initialise their hardware solution.

2. Initial Set-Up: Connect your wallet to the computer using a USB cable. Go to wallet.Trezor.io, from where you can install the Chrome extension. Install all of the latest firmware by following the on-screen prompts. Unplug Trezor, reconnect then set up your pin.

3. Receive and Send Cryptocurrency: Firstly, plug in your Trezor device, and access the account page in Trezor Wallet. Go to the Send tab. Select the required cryptocurrency via the top left corner of the screen. Only send and receive funds between accounts of the same cryptocurrency.

It is impossible to list every single coin supported, as there are over 600. But some of the most popular currencies that are compatible with the wallet include:

The internal chip used with Trezor is one of the main differences between this hardware wallet and some of the others available on the market. This enables Trezor to store a lot of valuable information while keeping data secure from hackers.

Another exciting innovation that has recently been added is the ability to perform a secure recovery of the system. This is an extra layer of reassurance for users of the device that their information and funds will always remain safe. However, for users who feel this wallet isn't for them, there are plenty of other options they can try.

The idea behind Trezor first came to light in 2011, following a Bitcoin conference in Prague. Pavol "Stick" Rusnák and Marek "Slush" Palatinus got together in the Czech Republic and began tinkering with the idea of a new crypto project.

By 2013, the two pioneers had launched a crowdfunding project, and this resulted in the foundation of the SatoshiLabs organisation that would oversee Trezor in December. The company has developed many services since then, including Trezor Wallet and Trezor Password Manager.

Trezor was officially released on January 29, 2014. This first-generation device soon began to create a buzz in the market.

In September 2015, the two founders celebrated the device being actively used in over 100 countries worldwide.

And SatoshiLabs rolled out a new innovation in April 2016, when it moved to the open-source Bitcore backend. The company noted at this time that customer service queries almost disappeared entirely as a result.

It also adopted SegWit in August 2017, becoming the first hardware wallet to make such a move. SegWit is a significant upgrade with many exclusive benefits, mainly being significantly more scalable.

Finally, in September of last year, SatoshiLabs released a beta version of its Bitcoin-only firmware for their devices.

Trezor has a wide range of outstanding features. Firstly, its web-wallet interface covers a wide variety of projects, including Bitcoin, Litecoin, Bitcoin Cash, Bitcoin Gold, Zcash, DASH and many others.

It also makes it possible to send coins to P2PKH, P2SH, and bech32 addresses, providing users with flexibility. Users automatically receive an address verification, which helps make the system more reliable and secure.

Multiple accounts are available for all supported cryptocurrencies, offering flexibility and choice for consumers. And a labelling feature has been included, which ensures straightforward management of your account movements and currencies. There is also a raft of advanced sending options made available.

On-device confirmation for all sensitive operations is provided, and users are also offered approximate real-time value in the fiat currency of their choice. Third-party integrations via Trezor Connect are also handy, while there is a custom backend option for advanced users.

Trezor offers excellent privacy provisions, meaning that all transactions are completely safe and secure. Wallet developer SatoshiLabs can't track any actions using Trezor, and this principle is protected by including no serial numbers.

Furthermore, all software utilised is entirely transparent, benefiting from its open-source status. There are no usernames or passwords required to use Trezor, meaning that it is impossible to steal these user credentials.

Privacy is determined by the wallet used with Trezor: Electrum, MultiBit HD, and GreenAddress on desktop, GreenBits and Mycelium on Android, and myTrezor.com on the web. Each of these offers outstanding security, meaning that all transactions are completely safe.

The Trezor user interface is impressive and was recently updated by SatoshiLabs. It features a bright and clean design, and it's quite fun to use at any time.

The first thing that is particularly noticeable about the user interface is the bright pallet of colours adopted. This is somewhat breezier than the darker tones that were present previously. The new changes help create a favourable impression, with dark grey being replaced by lighter variants, black shades wholly withdrawn, and lighter shades having been introduced.

Overall, there is a lot of clarity to how the user interface has been designed, and it helps essential information stand out.

There are some other nice touches which make the wallet easy to use as well. The currency selector is particularly useful and holds a more prominent place in the redesigned interface. It makes it easy to select the currency of your choice since coin icons are more visible, preventing confusion or mistakes.

Perhaps the most notable aspect of the interface is how uncluttered and clean it appears. It does make it possible for individuals to interact with the wallet system seamlessly, and even new users can utilise the new interface in a matter of minutes.

Trezor wallet remains a web-based wallet, untied to a specific operating system, allowing for greater flexibility, but this wouldn't be possible without a slick interface. And the recent redesign of the Trezor UI has undoubtedly achieved this.

Trezor remains one of the most secure wireless systems available on the market, providing outstanding provisions for a wide range of cryptocurrencies. With the protection that SatoshiLabs has put in place, both physical and virtual theft becomes impossible.

Because Trezor is a hardware wallet that offers users complete control over private keys, hacking into the system is practically unfeasible. The only way that a Trezor wallet could be penetrated would be if a user were lax with their security provisions.

Another advantage of private keys usage is that the entire wallet system can be backed up with the 24 words generated when it is initialised. This highly complex 24-word seed is generated using randomisation techniques from the device and an attached computer. The seed is generated offline and displayed on the Trezor's screen, ensuring that the seed is never present on any device connected to the Internet.

Another security layer built into it is the requirement for a PIN code when the system is set up. The step is also required for any spending or transactions, and there is another nifty mechanism built into the system to ensure that it cannot be tracked. After each incorrect guess, the wait before another guess can be made is raised by the power of two. Thanks to this mechanism, a hacker would require 17 years to make 30 pin guesses.

If that isn't enough security, it is also possible to add a passphrase on top of the 24-word seed, effectively acting as the 25th word of security. However, it should be noted that it is vital to remember this passphrase, as, without it, it's impossible to recover the wallet. Not all users will, therefore, opt for this passphrase idea, but it does add that extra layer of security.

Nonetheless, if you remember the relevant security information, then recovering the wallet is relatively straightforward, even if a device is lost or damaged. Recovery can be conducted with another Trezor, or with other wallets, such as Electrum or Mycelium.

The Satoshi Labs website also provides a large amount of security information and is a valuable resource. The team behind the device has put tremendous efforts to ensure this wallet is as safe as possible.

How to Store Your Crypto Coins in Trezor

Storing coins on Trezor is pretty straightforward, and this can be considered an accessible and user-friendly wallet. However, although this is a relatively straightforward process, it is crucial to store all cryptocurrencies carefully.

As many investors choose to store their altcoins over a relatively long period, to achieve profits through price gains, it is vital to protect your coins from theft. Wallets are essential in this regard, meaning that many different solutions have emerged.

How to Transfer Your Crypto Funds From/To Trezor

Transferring your funds via the Trezor system can be achieved by following these steps:

Is Trezor for Me?

The Trezor wallet has proved hugely popular, but it might not work for everyone. There are other options available on the market, so it's essential to consider a few factors.

Every effort has been made to ensure that Trezor is as user-friendly as possible, which is good news for beginners. Its user interface is particularly clear and straightforward, and that makes the whole system easy to use and rewarding. Furthermore, the security provisions built into it mean that people new to the concept of cryptocurrency don't need to worry about using digital coins safely.

Advanced users are well-served by the customization options offered, as well as the fact that the user's transaction fees can be manually set (see below). The vast range of lesser-known cryptos that are compatible with Trezor will also appeal to experienced users.

There is no standard transaction fee associated. Transactions can be set at low, economy, normal or high, and can even be customised. The higher the fee, the quicker the operation.

Trezor is one of the most outstanding wallet solutions available on the market, both user-friendly and secure. The wallet price is also competitive, meaning that this device will suit most budgets and many people.

Since it was launched seven years ago, Trezor has continued to dominate the hardware wallet market. This is thanks to a dedicated team that is continuously working on improving the wallet through additional features and functionalities. It is definitely the wallet of choice for users who love to secure their crypto assets from bad actors without ever having to worry about them being stolen.