What Is Ripple and How Does It Work?

Ripple is a decentralised peer-to-peer network that provides a digital payment protocol to financial institutions. It enables seamless digital money transfer, whether you want to send conventional funds in dollars or cryptocurrencies like bitcoin. The network has it's token denoted by XRP. By market capital, XRP is currently the fourth-largest cryptocurrency. One of the unique facts about XRP is that all the tokens are pre-mined.

RippleNet, which is powered by the network of servers, is an open-source platform that has been designed to enable affordable and fast financial transactions. The XRP token signifies the transfer of value across RippleNet. It acts as a mediator for exchanges allowing users to buy and sell both fiat and cryptocurrencies.

Why Was Ripple Invented?

Co-founded by Jed McCaleb and Chris Larsen in 2012, Ripple took a more diplomatic approach than other cryptocurrencies. Instead of trying to replace the entire banking and payment system, it attempted to provide a way to facilitate quick and cheap payments through a decentralised platform. Its primary purpose is to deliver a payment settlement asset exchange and remittance protocol that works like the existing SWIFT system. It offers a similar solution for the secure international transfer of money while removing the middlemen.

It is no secret that today's international payment system is too fragmented and causes delays and frustrations for the users. People have to jump through a lot of hoops to make cross border payments, and these everyday transactions set them back a lot of money apart from long wait times. Ripple delivers a platform for instant, reliable, and low-cost financial transactions to address the issues associated with the current payment systems. There are over 300 providers across more than 40 countries who have adopted the innovative network powered payment platform.

How Does Ripple Work and What Technology is Behind It?

Unlike other cryptocurrencies, it doesn't rely on blockchain technology. XRP coins aren't mined, and there is no Proof of Work or Proof of Stake protocol. For processing and verifying transactions, it has created and patented a proprietary technology called Ripple Protocol Consensus Algorithm (RPCA). It means that to verify a transaction, all nodes on the network should unanimously agree. This is one of the reasons why XRP transactions are comparatively cheaper and use less power relative to Bitcoin.

In order to ensure seamless transactions between two parties, it relies on a medium called Gateway, which acts as a link of trust for each party. The same medium also sends and receives all forms of currencies to public addresses using RippleNet. Both businesses and individuals can sign up and initiate a gateway to authorise them to act as a middleman to complete the exchange. XRP coins play the role of bridge currency without any bias towards digital or fiat currencies.

Average transaction verification time on the network is less than 5 seconds, and despite not having a blockchain, the system is designed to be decentralised. There is no central department or authority that manages the payment system.

There is no straightforward answer as to whether XRP can be used to buy products and services, but it's primarily a vehicle for processing transactions on RippleNet. The places that accept XRP as a valid currency include Cryptoshopper, Digitec Galaxus, Ledger, StakeBox, Redeem, Blockchain Coffee, BitCars, and more. However, when we compare it to some of the more popular currencies like Bitcoin and Ethereum, it doesn't have the same market dominance.

One of the significant reasons why it hasn't been successful in making inroads in terms of being a currency is because the token itself isn't trying to be a viable alternative currency. It's fundamentally a mediating token facilitating the exchange of other currencies, including fiat money and cryptocurrencies.

One of the significant advantages of XRP is its low transaction fee, which, for the most part, remains stable. The average transaction cost, at the time of writing this, is $0.0001, which is extremely affordable, especially considering the fact that the network enables international payments. If the network has a lot of traffic, the fee might bump up to $0.0004, which is still next to nothing. Even the highest transaction fee that the network recorded during the surge of July 2019 was just less than 5 cents.

Keep in mind this is the transaction cost on the network. If you are looking to buy or sell Ripple through trading platforms or cryptocurrency exchanges, they might charge you additional fees and commission. Generally, these services take a cut for every sale and purchase while you also have to bear the withdrawal charges. These fees, commissions, and charges aren't fixed and depend on many factors, including the amount of XRP you are trading, region, pricing structure, and more.

What Are the Benefits of Ripple?

Having a different technological infrastructure means it offers many benefits that other cryptocurrencies can't.

Using a network of servers instead of blockchain mining to verify transactions enables Ripple to process and validate payments under 5 seconds. This gives XRP an upper hand as compared to other cryptocurrencies like Bitcoin and Ethereum that rely on Proof of Stake or Proof of Work protocols.

The fact that it isn't trying to replace an already existent payment system but facilitate financial institutions gives it a lot of versatility. It means that anyone from anywhere can use it to create an account to buy or sell any currency they want.

Another key feature is its extremely low transaction fee, which is a hundredth of a cent. The price generally remains stable, and even if a temporary surge in network demand drives it up, it's still next to nothing compared to the transaction charges of other cryptocurrencies.

Despite not using blockchain technology, it is a decentralised network according to its creators, which means there's no central authority with absolute control over it. Even though this has been disputed severally. That said, anyone can use the platform to create their gateways and exchange fiat and digital currencies.

One of the significant differences between popular blockchains and the Ripple network is that it offers pre-mined tokens. It means that there's no currency to be mined, which doesn't only save time and money but is excellent for the environment as there's no excessive consumption of power to verify transactions.

Instead of targeting consumers, it's core customers are banks and financial institutions. It aims to revolutionise the payment backend system through RippleNet technology, which is ultimately going to benefit the consumers. The platform already has major players on board, including MoneyGram, American Express, Santander, and Interbank.

Although you get some level of anonymity on the Ripple network, it's not one of their primary objectives. The system utilises tags to gather all the metadata and information from the ledger to track the past transactions. Apart from that, it currently works in tandem with financial institutions and payment gateways that are required to comply with Anti Money Laundering (AML) and Know Your Customer (KYC) regulations in order to provide a safety net against fraud and discourage money laundering.

Each digital activity is traceable. While end-to-end encryption provides a certain level of anonymity to the user, law enforcement or hackers with malignant intentions can always trace these transactions to personally identify the user, especially if they're using prevalent payment gateways.

Although it doesn't use blockchain mining to ensure transaction safety, it is still a decentralised platform with a network of validating servers. These servers work with an internal ledger to ensure transactions are only verified through consensus. Moreover, all digital exchanges on the network are secured through end-to-end encryption to discourage interception and breach of personal and financial data. To keep your XRP tokens secure, you can also use physical and digital wallets.

What Teams Are Working on Development

Since Ripple has a unique and focused approach towards changing the payment and money transfer landscape, which requires it to negotiate and establish business relationships with financial institutions, it is operated more like a company than an open-source project. Although XRP tokens are created and distributed through an open-source platform. Here are the key people involved in the project.

Having experience of working in top management positions in companies like AOL, Yahoo, and Dialpad, Brad is the current CEO and a member of the Board of Directors. He's in charge of defining the long-term vision for the platform.

Being the original creator of XRP Ledger, David currently holds the position of Chief Technology Officer (CTO). He's worked with WebMaster, NSA, and CNN. A respected name in the digital currency community.

He joined in 2013 to lead the platform development and cultivate a product suite for prime time. Currently, he's the acting Senior Vice President of Product and Corporate Development.

With a diverse background in turning great ideas into viable businesses, Kanaan is the Senior Vice President of Engineering. He has experience from working at Quantcast and Yelp.

Having experience in enabling tech companies to drive change in the financial sphere, Monica Long holds the position of Senior Vice President of Marketing.

Being the lead of New Business Development at Google and Facebook Developer Network, Ethan is currently working as the Senior Vice President of Xpring. He also provides investment and advice to tech startups.

With more than 20 years of diverse experience in running operations, strategic planning, and business development, Eric is the acting Senior Vice President of Global Operations and Business Development.

Which Financial Institutions Are Invested in Ripple?

As we know, Ripple's main objective is to work with banks and financial institutions instead of offering an alternative payment system, a large number of financial institutions have backed the digital currency. This also provides them with an immediate opportunity to compete with the likes of Bitcoin and Ethereum, which are trying to displace them without investing hundreds of millions of dollars to build a decentralised system from scratch.

Some of the major players in the financial sphere that have financially and strategically invested in Ripple include Santander, Standard Chartered, SBI Group, CME Ventures, Core Innovation Capital, Accenture, and more. In the future, more financial institutions are expected to join hands with Ripple as blockchain-based platforms like Bitcoin continue to grow.

All of the XRP tokens are pre-mined, and the network doesn't rely on blockchain mining to validate transactions. It neither uses the proof of stake protocol like Nxt nor proof of work protocol like Bitcoin. There is a network of servers that runs a consensus protocol that verifies transactions and account balances on the platform. This server backed consensus model maintains the integrity of the platform by ensuring there is no double-spending.

If you want to store your XRP safely, then you should use a wallet to ensure coins are safe from any potential compromise. Some of the best wallets include:

Is Ripple Worth the Investment?

Ripple is one of those cryptocurrencies which has a highly focused approach and future vision. With several banks and financial institutions already getting on board, it appears to be on the path of success. However, that's the success of the Ripple Network, and it may lead you to believe that investing in XRP tokens is the right move. The only problem is the price - we don't know at what position the price of XRP will achieve equilibrium. It may surge exponentially or plummet even more.

This is not to discourage you from investing altogether but to urge you to take a cautious and vigilant approach. Only invest enough money that won't affect your financial situation if a trade ends up in a loss. It has been a tough year owing to the global pandemic and its consequent... XRP should not be viewed as a security by SEC: Congressman

XRP’s classification is in limbo and needs a different type of treatment from the... The blockchain heavyweight is in need of a senior product manager to bring its... 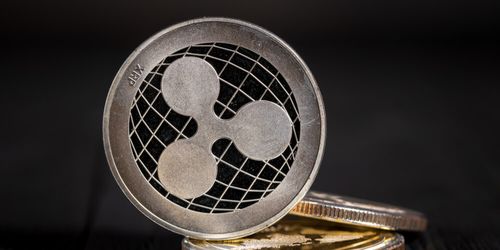 XRP climbed to $0.2425 to hit a monthly high as bulls established control with...