What Is Tezos and How Does It Work?

Tezos, denoted by XTZ, is a blockchain network associated with a digital token known as a tezzie or Tez. These tokens aren't mined as the network uses a Proof of Stake consensus protocol. The blockchain network is an open-source self-upgradable platform designed for creating and hosting applications and assets. Stakeholders are tasked with the responsibility of governing upgrades for the primary protocol, including amendments made to the governing process.

Tezos ICO raised $232 million in 2018. However, legal and management issues continued to cause delays until late 2019. At the beginning of 2020, it has started to pick up momentum once again.

Why Was Tezos Invented?

The early blockchains like Bitcoin and Ethereum put significant development and design decisions very much centralised and in the hands of core development teams and mining communities. This didn't only lead to a lack of versatility and flexibility but resulted in major setbacks where blockchains were split into two different projects. For instance, after the DAO fiasco, Ethereum Classic turned out to be a splinter group with a different philosophy.

That's why Tezos decided to build a network where the decision-making process is inherently present, allowing stakeholders to take big decisions. Governance rules have been created for stakeholders that enable them to approve or disapprove network changes and upgrades without having to rely on hard forks. Any developer who wants to make a specific change can propose a protocol upgrade by attaching an invoice. This also incentivises stakeholders to participate in the development and up-gradation process by democratising blockchain governance and decision making.

It has taken the next logical step by solving a major problem of early blockchains where they had to go through difficult experiences to decide the future of the blockchain. With decision making and governance rules built into the blockchain network, democracy decides where the project goes.

How Does Tezos Work and What Technology Is Behind It?

Tezos has quite a unique architecture which uses something called Network Shell. It's an agnostic native middleware which has enabled the development team to create a modular style of blockchain network which can change, upgrade and amend itself by following a particular set of rules. Generally, blockchain has three layers - network layer which allows communication between nodes and peers, transaction layer that specifies the transaction verification protocol, and consensus layer, which is again self-explanatory.

The on-chain governance and self-amendment enabled by the unique architecture of the blockchain network allows Tezos to upgrade and make changes without undergoing a hard fork. Every proposed amendment is voted upon to decide if it's approved by the majority of stakeholders or not. The voting process itself can be amended when required. In the long term, this process allows the blockchain to maintain its core values while making the necessary upgrades without creating splinter blockchains that fragment the support and resources.

Unfortunately, no. At least not yet. XTZ tokens are a very recent entry as compared to the established cryptocurrencies, some of which have been around for almost a decade. Currently, the cryptocurrency is at an initial juncture where only project backers or traders purchase the coin. Backers are people who believe in the project, and they show their support by acquiring a stake. Traders are only looking for short or long term monetary gains.

Moreover, it should be kept in mind that it isn't primarily an alternative digital currency but a blockchain like Ethereum which aims to power smart contracts and applications on a self-amending protocol. The difference in vision means it is a token that's focused on running the blockchain operations instead of turning into real-world currency.

Currently, the transaction fee isn't a major incentive for network stakeholders, so the transaction costs are generally zero. The backers or stakeholders usually accept zero-fee transactions. However, if you are purchasing XTZ tokens from a cryptocurrency exchange or a trading platform, you may need to pay different types of service charges, commissions, and fees. These costs usually depend on your country of residence, amount of coins you're going to purchase, the fee structure of the service, and mode of payment.

If you are paying with bank deposits, for instance, the fee is generally lower. However, debit and credit card purchases can be quite expensive.

What Are the Benefits of Tezos?

Being a decentralised blockchain doesn't only offer all the conventional benefits but brings a host of unique features as well.

This allows the network to self-upgrade the protocol without undergoing a hard fork or splitting the network into multiple blockchains. This is exceptionally crucial for blockchains as hard forks can scatter the community, fragment the resources, change stakeholder rewards, and dilute all the benefits that it has accumulated over time. Self-amendment allows seamless coordination and implementation of future changes and updates.

Every stakeholder on Tezos blockchain has a right to participate in the governance of the network. There is an election cycle which delivers a systematic and organised method to stakeholders to reach consensus over proposed blockchain changes and amendments. Using a self-amendment process with on-chain governance also enables it to improve its election process for better governance in the future.

Proposed amendments by developers may also carry payments to individuals or groups who work on improving the protocol. A stakeholder can accept these proposals to provide the required funding. This robust funding process doesn't only decentralise the network maintenance but motivates participation. In the long run, it can help Tezos to establish a dynamic, open, and passionate community of developers who are incentivised enough to make valuable contributions to the network.

Tezos blockchain can be used to build decentralised applications and smart contracts that can't be censored or taken down by any third parties. Moreover, it allows a formal verification process, which enhances the security of these applications through mathematical procedures. The mechanism can also be used to identify bugs and fix them before any significant repercussions.

Proof-of-Stake or PoS is the protocol using which multiple stakeholders in Tezos acquire consensus regarding the state of the blockchain. In contrast to other PoS protocols, each stakeholder can be a part of the consensus process and has a right to directly receive his or her reward by the protocol itself for making a valuable contribution to the security and liability of the network. Moreover, the PoS protocol isn't resource-intensive and has a low barrier to entry, allowing more people to become a part of this process.

Tezos is a new cryptocurrency, and it's difficult to say how it will pan out when it comes to privacy and anonymity. Given the fact that anonymity isn't the selling feature of the blockchain, it is expected that users will get the same level of privacy that they usually do on other blockchains like Ethereum and Bitcoin. While they're fairly anonymous, your public addresses and transaction amounts are visible, leaving a digital footprint. Any government organisation or an individual with enough skill can trace the information back to you, revealing your identity. You have some level of anonymity on the blockchain, but it's not absolute.

On the other hand, if you are purchasing XTZ tokens from a trustworthy exchange or a trading platform, you have to provide your personal information for identity verification. While it's not the first choice of the exchanges, increasing regulation around cryptocurrency means these online services have to comply with Know Your Customer (KYC) and Anti Money Laundering (AML) regulations to stay in business.

How Safe Is Tezos?

Tezos uses a decentralised blockchain network which means there is no central database that can be hacked into to make changes or destroy information. Even if a hacker finds a way, no amendments can be made without stakeholders' consensus. Apart from that, being decentralised means, there's no central authority that can exercise absolute control over the blockchain. It also uses cryptographic encryption to keep information about users safe and secure.

What Teams Are Working On Tezos Development

Tezos was co-founded by Kathleen Breitman and Arthur Breitman who have been building the core platform since 2014 with the help of a small team of committed developers. Currently, the Tezos Foundation, which is headquartered in Switzerland, looks over the project and deploys financial and strategic resources accordingly. Its primary objective is to promote Tezos protocol by disbursing grants and other capital acquisition methods. The foundation is further divided into departments which include foundation council, executive committee, audit committee, investment committee, technical advisory committee, and nomination and remuneration committee.

On the technical development, Tezos has some members on Gitlab, and there have been major contributions from the OCamlPro team as well, which has developed several tools for the project, including TZScan. Some development teams are scattered across the globe; for instance, many Korean universities are directly contributing to the project. There's no central leader here to maintain the democratic style of the blockchain.

Which Financial Institutions Are Invested in Tezos?

Tezos had one of the most successful ICOs as it generated more than $232 million over the course of a mere two weeks. Some of the major investors include Dalma Capital, Limitless Crypto Investments, Boost VC, Cypher Capital, and Enabling Future. There are some individual angel investors as well, including Andreas Schwartz, James Sowers, Zachary Cefaratti, and Kenneth Bok. When it comes to financial and strategic investments, it has gained a lot of backing because of its highly democratic self-governing blockchain. Many crypto enthusiasts believe that what Tezos is doing is much closer to Satoshi Nakamoto's philosophy.

You can't mine Tezos since it utilises the Proof of Stake protocol for verifying transactions. You need to purchase XTZ tokens to demonstrate that you have a stake in the project. Then you have two choices - either you can delegate those tokens to someone who is interested in contributing to the blockchain, or you can set up a node and stake yourself in case you have 10,000 tokens. You make around 5.5% interest for delegating or staking. The transaction fee isn't a significant source of income in this method.

Is Tezos Worth the Investment?

Currently, Tezos is one of the most intriguing and promising cryptocurrency projects because of its on-chain governance and self-amending features which many believe to be in accordance with Satoshi Nakamoto’s blockchain philosophy. It’s one of the reasons why the project garnered so much attention collecting more than $232 million in ICO funding. Now that it’s overcome the management and legal issues that have halted the progress during the last year, the token is expected to make quick progress.

Cryptocurrency prices don't follow a predictable path. They are volatile and can lead to sudden downfalls and surges, which are hard to predict. That’s why if you are looking to invest in the XTZ token, it is recommended that you do so while diversifying your investment portfolio to manage your risk. Only invest what you can afford to lose. 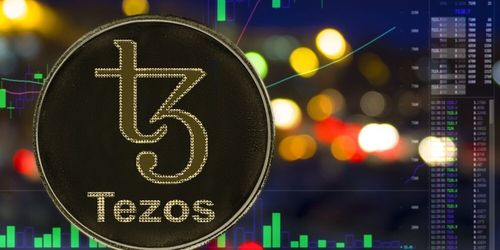 XTZ/USD has touched its highest price level of $4.41 for the first time in... 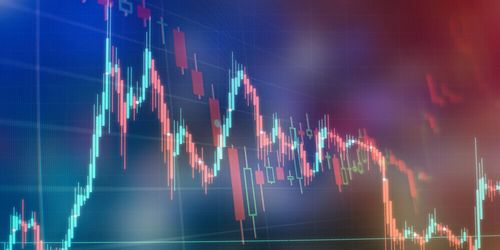 Tezos is exchanging hands for $3.05 while Ontology has dipped 6% in the past... 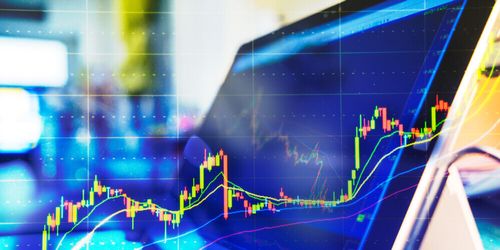 Chainlink hit a new all-time high with a 40% jump while Tezos has tested...