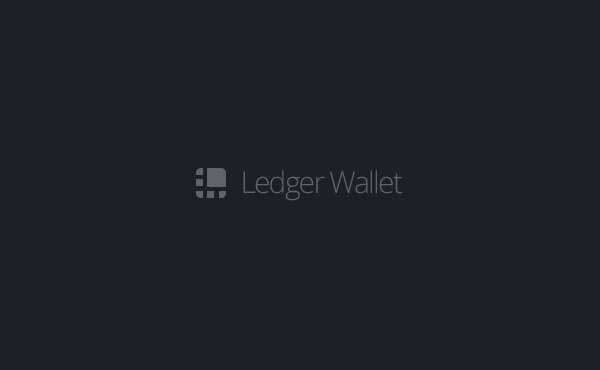 Seed round funding is nothing new under the sun in the world of Bitcoin and other digital currencies. Venture capitalist investments have grown exponentially over the past few years, and 2015 will be a year in which many previous records will be shattered. When a hardware wallet company successfully completes a round of seed funding however, people’s heads are turned instantly. Ledger, one of the more popular hardware Bitcoin wallet solution, announced their successful 1.3m EUR seed funding round earlier today.

Ledger - Providing A Hardware Bitcoin Wallet With Security in Mind

One of the main issues novice and experienced Bitcoin users still struggle with to this day is finding a proper solution to secure their digital financial wealth. Even though there are multiple software clients available, which each offer a different set of tools in order to achieve that goal. Leder on the other hand wants to make their hardware Bitcoin wallet more appealing by using more traditional technology which users can instantly recognize.

Providing a mix between top notch user security and ease-of-use is not an easy undertaking by any means, yet Ledger has come up with a clever way to achieve both goals at the same time - in the form of open sourcing their LedgerOS. LedgerOS is the operating system designed for the Ledger hardware Bitcoin wallet, as well as some of their other tools.

The main reason why Ledger hardware Bitcoin wallets are a proven success is not just because of their rather cheap price [compared to competing hardware wallets], but also because the technology used is based on smartcards. Not only does this allow for a very tiny and portable form factor, but it also lets customers familiarize themselves with smartcard technology they already know and own at home.

User security is the other major aspect of Ledger’s business plan. People lose their Bitcoins far too often due to poorly implemented software solutions, and the time has come for most users to look into affordable and robust hardware wallets. By protecting users against both physical and logical attacks, and keeping everything within the Ledger ecosystem, the Ledger hardware bitcoin wallet is an excellent tool for Bitcoin enthusiasts around the world.

Ledger’s success has not gone by unnoticed, as several major investors raised money to reach a total of 1.3 million EUR. XAnge Capital lead the round of seed funding, and other major parties such as Hi-Pay (Hi-Media Group) , Fred Potter (NetAtmo), Pascal Gauthier (former COO of Criteo), Thibaut Faurès Fustel de Coulanges (Vice President of Rentabiliweb Group) as well as Alain Tingaud Innovations have all seen the great potential offered by ledger and their list of products.

“Having successfully closed our seed round only two months after the public launch of our first consumer ready product is not only showing the growing interest for the Bitcoin ecosystem, but also the very strong technical differentiator Ledger is bringing to the industry,” Ledger CEO Eric Larchevëque told the media earlier today.

Ledger is aiming to become a global presence, and Silicon Valley is just the first stop along the way to doing just that. Ledger Technology Inc - which will be Ledger’s US subsidiary - will be opening officers in San Francisco, California; and the team manning the officers will be present at all major startup events to raise awareness about the company and their products.

There will be several other focal points during the course of 2015 and 2016, both in the form of enterprise solutions and developing customer centric applications. Hardware security models - which will be able to control, sign and secure hundreds of transactions per second for exchanges and other platforms dealing with a high volume of Bitcoin transactions - will be coming to the digital currency space in 2016.

However, 2015 will be all about the customer, as they are the end user of Ledger’s suite of offerings. The Ledger Wallet will be improved significantly, with companion applications for both Android and iOS to follow later this year. Hierarchical Deterministic wallet technology will be improved as well, but no further details have been announced at this point in time.

A new product will hopefully see the light of day in Q4 of 2015, called the Ledger Blue. This little device is a secure element-based hardware Bitcoin wallet with a display, keyboard and both Near Field Communication (NFC) and Bluetooth low Energy (BLE) capabilities. Both NFC and BLE integration will easy the integration with smartphones and point of sale terminals.

Last but not least, the world will see the first real life application running on a trusted execution environment, called LedgerOS TEE. No longer will we need to rely on an external device for transaction validation and protecting our private keys, as this will be taken care of by a secure operating system running directly inside the smartphone itself.