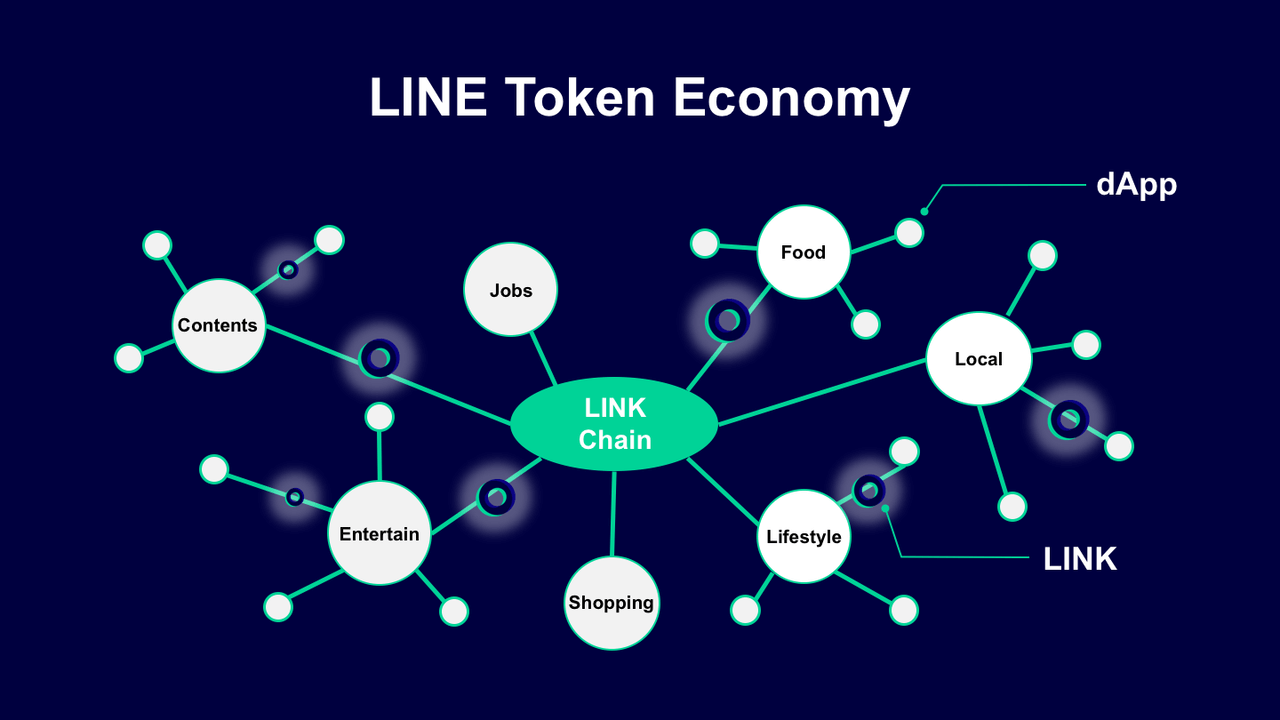 Two of the five dApps have already been launched in beta. They are Wizball, a Q&A platform for knowledge sharing that rewards Wizball community members, and 4CAST, a platform enabling users within communities to predict future outcomes and get rewarded.

The three other dApps are scheduled to be released later this year. They comprise Pasha, a platform that allows users to write reviews and search for products using photos, TAPAS, a food review platform providing information on eateries across Japan, and STEP, a social media platform for users to share their stories of recreational activities and holiday trips.

Users just need to register and begin using any of the dApp services to start earning Line's universal coin Link Point (for Japan) or Link (for markets outside Japan). The amount earned will depend on the type of action taken or degree of contribution made to each service.

Within the Line Token Economy, Link can be used both as payments or rewards. The token will be available for markets outside Japan on Bitbox, Line’s cryptocurrency exchange, starting October 16.

Through the provision of dApp services, Line said it aims to build a collaborative ecosystem in which users’ actions in the Line Token Economy receive appropriate rewards, and contribute to service growth.

Additionally, the firm said it was preparing to publicly release a development kit in anticipation of third-party services looking to join the Link Ecosystem. This kit will enable service providers to implement a token economy without having to spend a vast amount of time and money building their own blockchain network and token economy.

The move follows the launch of a US$10 million token venture fund called Unblock Ventures last month. Line said that the fund would focus on token investments with an initial commitment made by LVC Corporation, another Line group company. The fund is expected to expand in the future, according to the growth of the blockchain industry.

Line is also considering applications of blockchain technology in countries with underdeveloped financial infrastructures to enable services such as the ability to pay utility bills via mobile phone.