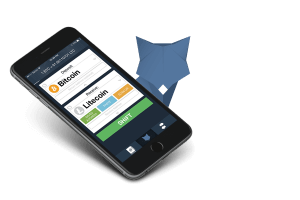 Incorporated in Switzerland, ShapeShift was founded in 2014 to provide instant bitcoin and altcoin conversion. It supports dozens of cryptocurrencies including Bitcoin, Ethereum, Monero, Zcash and Dash, and has a strict “no fiat” policy, meaning it does not use banks or conventional currencies anywhere in its operations.

The ShapeShift platform, which is available in both web and API flavors, is often said to be the fastest, more efficient way to convert between coins within the cryptocurrency ecosystem.

“We’ve received many requests to make XEM more available on exchanges, and our integration with ShapeShift is a major step forward in providing flexibility and liquidity to the community,” said Lon Wong, president of the NEM.io Foundation. “We are constantly looking for ways to better serve our community and XEM token holders.”

XEM is the world’s seven largest cryptocurrency with a market capitalization of US$1.7 billion. The cryptocurrency is trading at US$0.19, up 5,000% since the beginning of the year, according to Coinmarketcap.

The NEM team said it is working to integrate ShapeShift into its Nanowallet to offer similar convenience. The Nanowallet is a native NEM desktop wallet providing users the ability to directly exchange XEM for other cryptocurrencies. Through ShapeShift’s NEM integration, cryptocurrency ATMs will be able to support XEM, along with many consumer goods websites.

The NEM.io Foundation, the non-profit organization in charge of introducing, educating and promoting the use of the NEM blockchain technology platform, announced earlier this year a US$40 million expansion plan, which includes the establishment of a 10,000 square-foot Innovation Lab in Kuala Lumpur, Malaysia. The facility will house the NEM Blockchain Innovation Lab and serve as an accelerator, incubator, and coworking space.

The NEM.io Foundation is planning to begin operations in Europe starting with a training program for software developers in October. Wong said the plan would be to open a smaller center either in Warsaw, Vienna or London, and have a team of two to five people working from there and progressively expand to the wider European region.

NEM has also been intensively developing Catapult, its second iteration expected to be released before the end of the year. Catapult is an enhanced version of NEM designed to increase throughput, flexibility, stability, optimization of network communication, and scalability.

Important changes in the upcoming Catapult include speed and design, as well as the push and pull transactions, Wong said.

“What will be the biggest change is that Catapult will allow push and pull transactions. Push means when you sent a transaction, and Pull is when you request the other party to sign off,” he explained.