Sirin Labs, the maker of the US$16,000 Solarin Android smartphone, has unveiled its second line of devices named Finney. The Finney devices, named in homage to Bitcoin pioneer Hal Finney, will be designed from the ground up on an independent, fee-less blockchain specifically conceived to securely hold cryptographic coins and support crypto wallets, applications and shared resources. 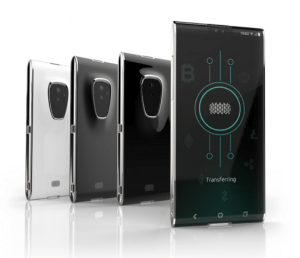 The Finney line, which will originally comprise an open source, security-centric smartphone and an all-in-one PC, will utilize the core technology of the Solarin device but “re-engineered to the crypto crowd” to meet these users’ special needs.

“We’re paying close attention to the feedback we’ve received for Solarin, and while Solarin is still being sold and serviced, we decided to take the core offering and to wrap it with a new sleek design that’s a fraction of the cost, so it can serve the crypto community and their growing need for enhanced security,” said Moshe Hogeg, CEO and Founder of Sirin Labs.

The SRN token will be the Finney blockchain network’s default currency, and the devices will be purchasable solely with SRN.

All devices will form an independent network powered by the IOTA’s Tangle distributed ledger technology. Both hardware and software platforms will be released as open source.

The blockchain features and cyber protection suite will include:

Technology specifications of the Finney smartphone:

Unlike Sirin Labs’ first product Solarin which costs an outrageous US$16,000, the Finney line will start at US$999 for the smartphone and US$799 for the PC. But only SRN token holders will be able to purchase Finney devices and services, the company said.

Sirin Labs laid off one-third of its staff earlier this year, announcing a restructuration as well as a pivot of the business to “new computing devices.” A year after launching its security-focused Solarin smartphone, Sirin Labs had recorded just US$10 million in sales.

The company had raised US$72 million in funding to build Solarin.

The Finney devices will be available next year.