Sirin Labs, the maker of the whopping US$16,000 Solarin Android smartphone is building a blockchain phone and have decided to build their new line of devices named “Finney” to work with a private Ethereum blockchain, rather than IOTA’s Tangle distributed ledger technology as initially stated in its whitepaper.

“We are not working with IOTA. We considered the option and decided to path ways,” Nimrod May, chief marketing officer of Sirin Labs, told ETHNews.

“At launch, we are going to use the Ethereum blockchain. The Finney Phone will work through complete nodes that are hosted on Sirin Labs.

“Our plan since the release of our whitepaper, has always been to migrate the SRN token and Sirin Labs ecosystem to a next-generation blockchain.”

The Finney devices, which will include a smartphone and a PC, will run on Sirin Labs’ open source operating system Sirin OS. Sirin OS will be designed to support inherent blockchain applications such as a cryptocurrency wallet, secure exchange access, encrypted communications, and a peer-to-peer resource sharing ecosystem for payment and apps, supported by the SRN token. 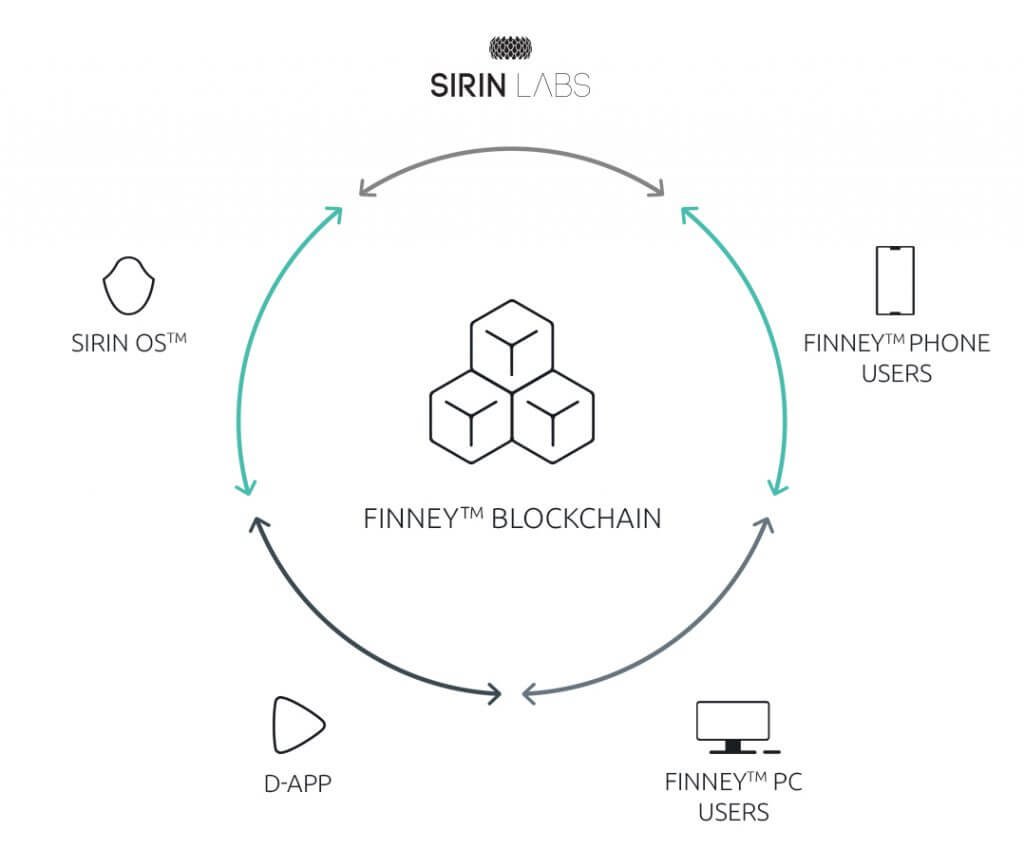 The Finney devices aim to make it easier for people to use cryptocurrencies and related services. In April, a subsidiary of Foxconn Technology Group, the world’s largest electronics manufacturer, agreed to help produce the Finney smartphone. Foxconn will manufacture the Finney devices in its facilities, leading the original design and manufacturing of the phone, while Sirin Labs leads the development of the cold storage wallet hardware and the Sirin OS.

The Finney smartphone, which will retail for US$1,000, is slated to launch and be available to buy in November. Sirin Labs plans to sell the device through eight new stores located in places with the most active crypto communities.

So far, more than 25,000 units have been preordered and the company aims to ship from 100,000 to a few million units this year. Sirin Labs raised a whooping US$158 million in its ICO in December 2017 to fund the development of its Finney line, in addition to US$72 million seed round raised in 2016 for the Solarin Android smartphone.

Sirin Labs is competing against a slew of blockchain smartphone rivals which include Zippie and BitVault. Zippie, which raised US$30 million in its initial coin offering (ICO) in February, was created for a team with previous experience at Nokia and Jolla, a mobile operating system company. BitVault, developed by Irish company Embedded Downloads, has already shipped some units for evaluations in military applications in Asia.

Most recently, HTC unveiled plans to get on the blockchain bandwagon and in May announced the HTC Exodus blockchain smartphone which is expected to launch by the end of the year.

The HTC Exodus device will cater to the needs of cryptocurrency users. Initially, it will launch with support for Bitcoin, Ethereum, Dfinity networks, and Lightning Network, but the company said it will eventually support “the entire blockchain ecosystem.” HTC plans on creating a native blockchain network with all eExodus phones. Like the Finney smartphone, the HTC Exodus will cost US$1,000.