A 130 person team with 7 offices across the globe, along with 300,000 digital influencers already using the indaHash App

indaHash, a leading influencer marketing technology platform, has unveiled the indaHash Coin, a token which intends to become the global currency for the industry.

The new crypto payment system will allow influencers to create their own cryptocurrencies and is set to create a new type of relationship between social media celebrities and their fan base, bringing their audience to another level of engagement.

Influencer marketing, a form of marketing in which focus is placed on influential people, is one of the most dynamically growing advertising segments worldwide that’s projected to reach between US$5 and 10 billion in size by the end of 2020.

indaHash is a free mobile app that allows digital influencers to earn money by participating in brand campaigns on their social media profiles. It is the biggest international platform for influencer marketing campaigns, connecting more than 300,000 influencers with a total reach of over a billion followers. The platform has been used to execute more than 1,000 campaigns in over 70 markets for leading brands such as Coca-Cola, McDonald’s, P&G, and L’Oreal. 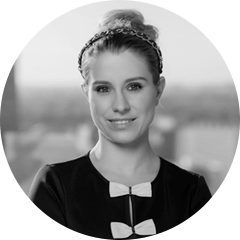 “As a business, we exist in the digital realm so it makes perfect sense to open up the platform to transactions in cryptocurrency which is rapidly growing in popularity,” said Barbara Sołtysińska, CEO and co-founder of indaHash.

“With the introduction of indaHash Coin, we want to tokenize the influencer marketing world and create a revolution in terms of brand cooperation and audience development, solving a wide range of issues and challenges between influencers, brands and fan bases.” 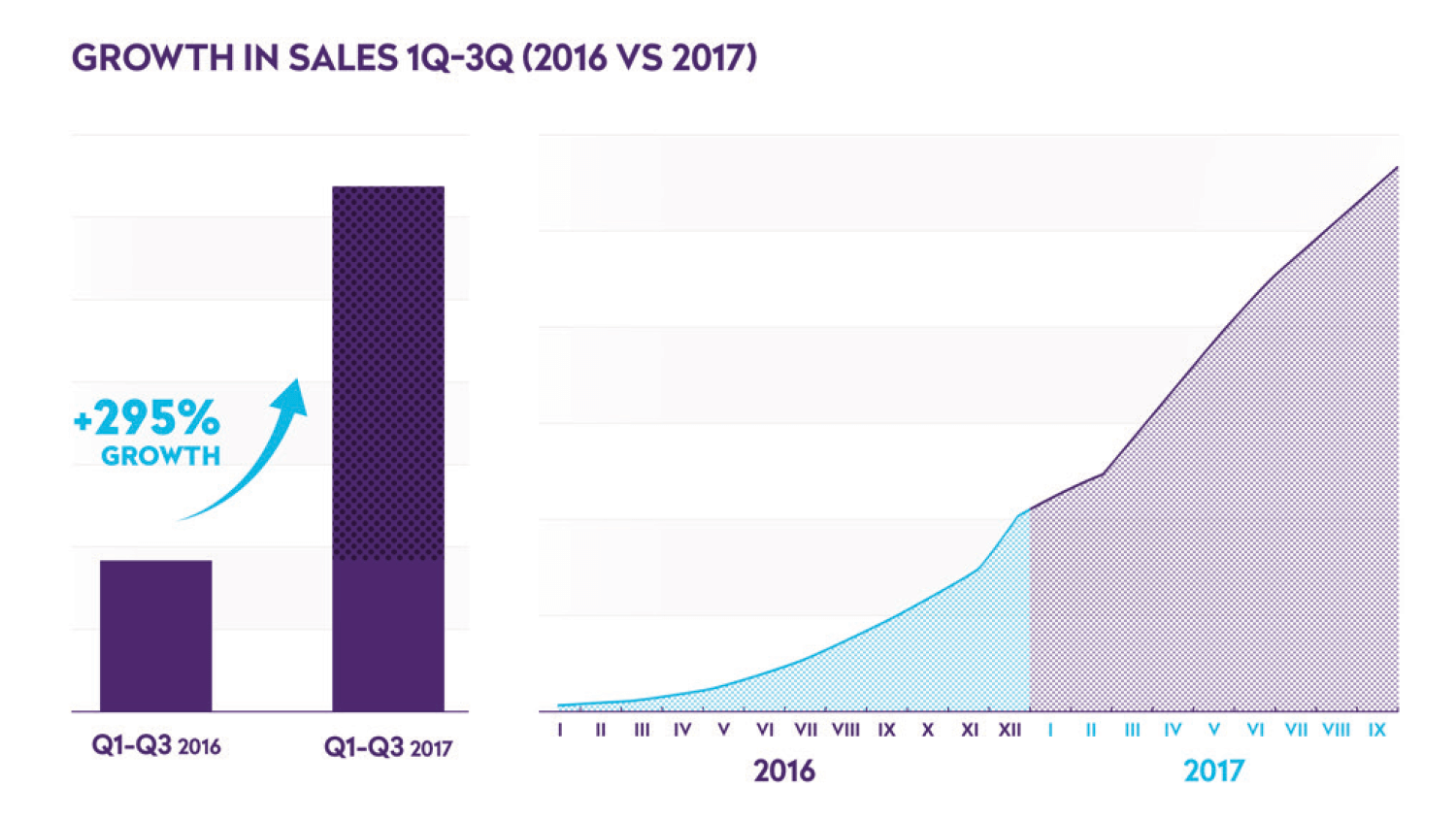 [vc_custom_heading text=”indaHash Coin: How it works
” font_container=”tag:h2|text_align:center”]indaHash Coin will serve as a utility token creating a decentralized, community-driven virtual economy inside the indaHash app. The token will be available to brands, influencers, and audiences:Using indaHash Coins, brands can pay for marketing campaigns with influencers.

An influencer’s audience can use the collected tokens and exchange them for exclusive actions, for instance, customized prizes, closed meetings and social activities.

indaHash will have a wallet infrastructure for issuing, sending, receiving and storing influencer tokens.

Once an influencer creates a token and gives it a name, he or she outlines the activities expected from the fans (e.g.: content sharing, leaving comments, etc.) and gives each activity a value denominated in the token. Tokens are then automatically distributed on the basis described earlier.

Every fan will also have his or her own indaHash profile to view their balance of tokens from various influencers. 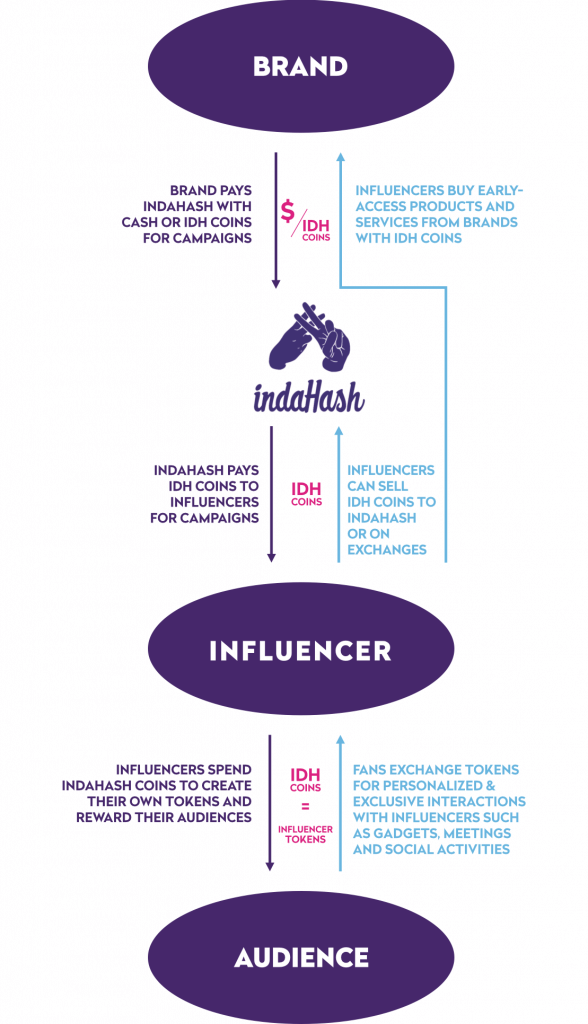 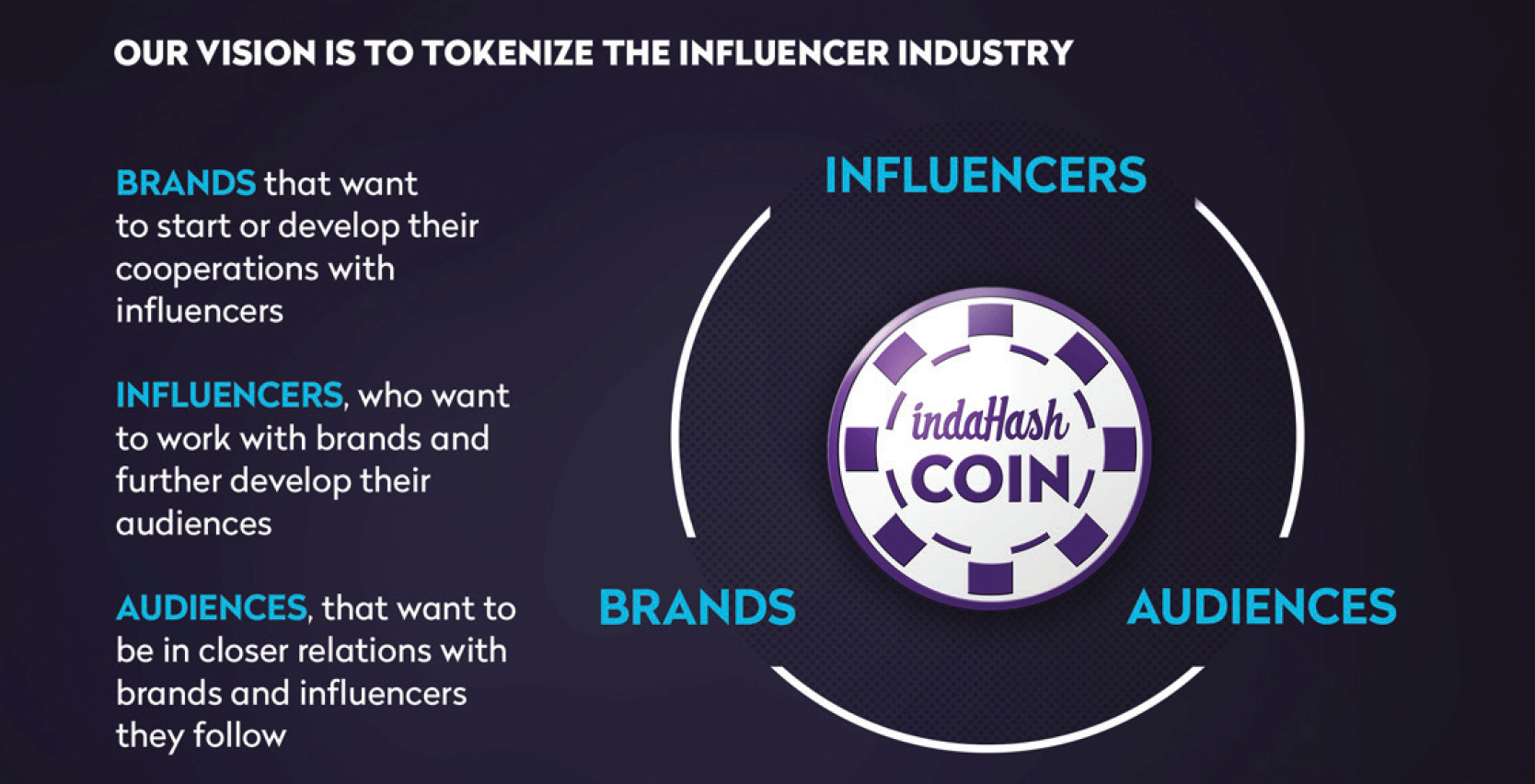 indaHash will be holding a token sale for its indaHash Coin (IDH).

The pre-ICO will begin on November 08, 2017, and will run for seven days with participants enjoying a bonus for early adoption.

80% (320 million IDH) of all coins (400 million IDH) will be available during the pre-ICO and the ICO. Only registered users will be able to participate in the token sale.

A maximum of 18% of the total supply of indaHash Coins will be used to engage and educate existing and new influencers.