Home › Latest News › Will the ‘Blockchain Phone’ Exodus 1 save HTC?

As if your phone wasn’t already enough of a target for thieves, now HTC wants you to store large amounts of cryptocurrency on it.

Today they revealed the first “blockchain phone” called the HTC Exodus 1. Essentially, it is a phone with current flagship specs and walled off, hardware cryptocurrency wallet built in.

Similar in some ways to Samsung’s Knox, which allows users to store sensitive work data in a secure encrypted location on their phone, the Exodus has something called the TrustZone. It is a part of the phone separated from the rest of Android and, in theory at least, safe from malware and malicious apps. To further that, they also have a special UI that will prevent screen captures and keylogging of crypto-sensitive information.

It is unclear which ERC tokens and currencies the phone will support overall, but Bitcoin, Ethereum,  and the ERC721 Cryptokitties collectable tokens have been announced.

You’ll also have to shell out a bit of cryptocurrency to buy the phone. HTC is only accepting payments in Ethereum and Bitcoin for the Exodus at this time. It costs 0.15 BTC or 4.78 ETH.

If you lose your phone, Exodus has a special way of recovering your keys. Three people you trust will be given part of the key through a special HTC developed app. When your phone is lost you’ll be able to recover your wallet by piecing together the key through them. HTC didn’t mention any other recovery options so it is unclear what someone who doesn’t want to trust three people will be able to do.

Previously touted options, like acting as a full-node, seem to have been canceled. 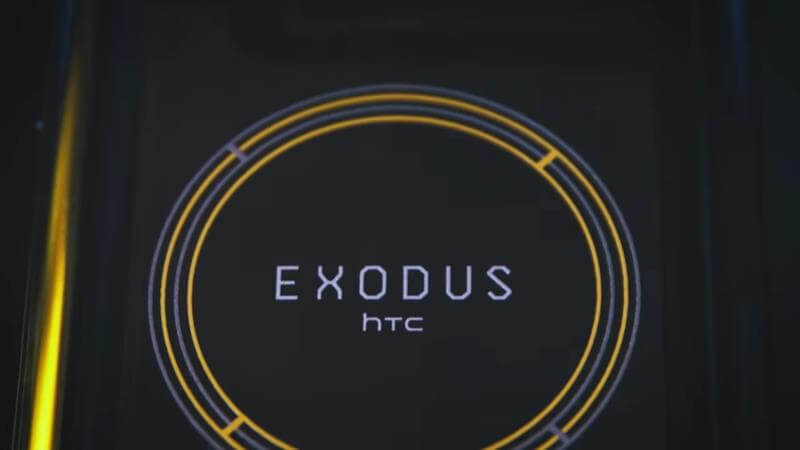 As for normal, phone-type specs, the Exodus is packing a punch. It sports a Snapdragon 845 SoC. That means it has a Kyros CPU with eight cores. But it isn’t a typical eight core machine like you would see in a desktop. Instead, it has four performance cores clocked at 2.8Ghz and four power efficient cores clocked at 1.8Ghz. Having performance and power efficient cores is popular in today’s smartphones and laptops. It also boasts the Adreno 630 GPU, said to be 30% faster and more efficient than its predecessor.

Of note, Qualcomm touted the security features of the Snapdragon 845, which were improved over its predecessor, the Snapdragon 835. According to digitaltrends.com it includes “a security-focused module on the chip with its own processor, its own memory, and even its own power.” though it is unclear if that is used in the Exodus’ special TrustZone.

And, as one would expect, it includes 4GLTE, ships with Android O and will support locales around the world, minus China according to The Verge.

Power wise, that puts it right around the same specs as Samsung’s less expensive Note 9 option. That phone also has a Snapdragon 845 and 6GB of RAM for its lesser version (but includes 8GB of RAM and 512GB of storage on its beefier version). Those versions go for $999.99 and $1249.99 respectively, which means at the current price of 0.15BTC the Exodus is about $40-$50 cheaper than the similarly spec-ed Note 9, depending on the current exchange rate.

It seems the people who will get the most use out of it are people who (a) want to spend their crypto using a mobile phone (b) keep enough in their mobile wallet that it could become a target for hackers and (c) don’t want to carry around another device like the Trezor in addition to their phone.

That may be a small segment of the market. But HTC has seen its market share of the smartphone industry shrink year after year. By developing a blockchain phone they have gotten oodles of press that would have otherwise only briefly mentioned a new HTC flagship. They also get to go to investors saying popular industry buzzwords, like “blockchain” and “tokens” along with the their already established presence in the VR space.. It does legitimately put HTC at the forefront of cryptocurrencies among cell phone manufacturers.

How valuable all of that will be, remains to be seen.

The Exodus 1 is available for pre-order now but it is unclear exactly when it will ship to users. After some time it is expected that the phone will be purchasable with fiat. We will keep you up to date on any new developments with the HTC Exodus.