Multi-asset digital wallet Jaxx has secured over 70 new partners and integrations in a massive expansion push. 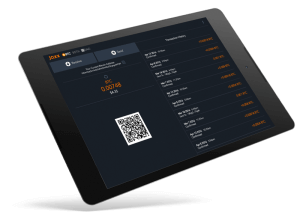 The new partners and integrations aim at bolstering the company’s mission to “become the ultimate command center for all things blockchain” and create a single point of entry into various areas of blockchain technology including user-controlled payments and exchange, identity services, communications, privacy, smart contracts, document signing and decentralized storage.

Coinbase, BitPay, RSK Labs, Bittrex, Purse.io, BitGo, Trezor, Signatura, as well as Vinny Lingham’s Civic and Brock Pierce’s Blockchain Capital, are amongst the companies and platforms that will integrate with the Jaxx key management system and backend blockchain infrastructures.

Anthony Di Iorio, founder and CEO of Decentral and Jaxx, said that by bringing together numerous facets of the blockchain ecosystem, Jaxx will “provide a universal interoperable interface so that non-technical people […] can easily use these decentralized technologies.

“Simple tools and intuitive UI/UX will bring adoption to the masses and assist all projects and companies,” Di Iorio said.

In addition to the new partnerships and integrations, Jaxx has also unveiled its future coin and token addition roadmap. The company said it will be working with teams and communities from Ripple, Monero, Tether, Stellar Lumens, Factom, NEM, SingularDTV, and IExec RLC, among others, to add support for over 50 tokens and cryptocurrencies.

Jaxx is a multi-asset wallet developed by Canadian startup Decentral. The digital wallet syncs across all devices and provides users the ability to manage, send, receive and exchange digital currencies while users remain in full control of their keys.

Jaxx’s expansion push follows the addition of Charlie Shrem to the company’s management team. Shrem, the Bitcoin Foundation co-founder and a Bitcoin pioneer, joined Decentral earlier this month to serve as the company’s director of business and community development. Shrem is in charge of managing Decentral’s partnerships, advancing the integration roadmap and promoting the Jaxx brand and vision to the community.

Separately, Shrem is involved in Intellisys Capital, an investment company he launched with real estate and private equity expert Jason Granger last year. Intellisys Capital will allow investors to purchase shares in companies that are issued on Ethereum.