What Is Tron and How Does It Work?

Tron is a blockchain-based operating system on which one can create decentralised applications, and share media content. The TRX token itself is used to gain access to certain features of the operating software. Therefore the token’s main purpose is for use on the Tron network. However, it is still a store of value and can be traded on exchanges, therefore it can also be described as a virtual currency.

It was created in 2017 by Justin Sun. Originally TRX were ERC-20-based tokens, underpinned by Ethereum but in 2018 they separated to become their own token. In that same year, Tron acquired Bit Torrent, the internet’s largest file-sharing site, which was a necessary step on their journey to creating a level media playing field on the internet. TRX’s highest price was achieved in January 2018 when the coin reached $0.30. It was ranked 17th in terms of market capitalisation against other cryptos at the time of writing.

Why Was Tron Invented?

Tron was invented with a clear purpose in mind: to help reward content creators more for their efforts. The way the media industry is structured at the moment is that a few big companies such as YouTube, Facebook and Apple have a massive degree over what media is viewed and put out on their sites. Not only do they control what can be seen, but they also receive the vast majority of the money generated by the media. The creators however only receive a small cut of the income. The platform was set up to correct this.

By cutting out the middle-media-man, as it were, it is able to let viewers directly reward content creators via the Tron network and using the TRX tokens. Thus the media is owned wholly by the creator rather than in part by a large company.

How Does Tron Work and What Technology Is Behind It?

The network works on a few principles, the first being that all data on the network is free and not controlled by a central authority. Content creators are able to gain digital assets, in this case, the TRX token or other tokens which are underpinned by TRX, as a reward for their content.

As mentioned, it is possible for creators to create their own coins or tokens which can be used within their own Dapps on the network. These created tokens are underpinned by the main Tron token.

The final stages of the network development plan include the support of games on the network. These would be totally decentralised and users would be able to reward the creators directly if they enjoyed the game with their own digital assets.

TRX can be used as a store of value, as an investment or to trade for other currencies. As such it could be considered as ‘real money’. However the token’s main use is on the network in the creation of, and interaction with dApps.

It is also possible to lock away the tokens to gain a reward known as ‘Tron Power’. This provides the holder with voting rights over decisions on the network as well as giving them a higher status. The longer a token holder locks away their tokens for the more TP they receive.

There are no fees for TRX transactions, a remarkable feat, and the network is able to support 2000 of these feeless transactions every second.

Purchasing TRX on an exchange will, of course, incur some sort of fee as compensation for the exchange connecting you with a seller. Especially as TRX can only be purchased as a trade for other coins such as Bitcoin or Ethereum. As such, you will incur fees on purchasing these coins outright and then another fee for the trade to TRX.

What Are the Benefits of Tron?

Feeless - Transactions on the network are feeless.

Rapid transactions - Transactions are very fast, as the network can support up to 2000 a second. Such a capacity for transactions bodes well for the scalable future and the potential on the network for revolutionising online media. Compare this to other coins such as, Ethereum (25 transactions), or Bitcoin (3-6 transactions) and it is clear to see what a feat this is.

Able to create dApps - You can create dApps on the network. By creating a dApp on the network and offering content on it, you can receive digital assets in return. These can either be in normal TRX tokens or in a token you created that is underpinned by TRX. As such, you can be compensated for your efforts in creating the application and content within it. If you are not interested in creating dApps, then the vast array that have already been created are still there for your leisure.

Tron transactions are anonymous, however, these are only on the network itself. The act of purchasing TRX, and the necessity of going through an exchange, means that you will have to prove your identity to purchase Tron tokens in the first place. Once on the network, however, transactions can be carried out anonymously. On the other hand, it should be noted that all blockchains maintain a record of transactions made on the chain. As such, no transaction is ever truly anonymous.

Tron has a secure reputation in the crypto world. The company spending on security and the personnel it has hired is indicative of this. Like other cryptocurrencies, as it is a decentralised network there is a large onus on the individual to be smart when it comes to looking after their tokens.  With regards to the network as a whole, it has yet to suffer a security scandal.

What Teams Are Developing Tron?

The Tron development hub - It is an open-source project that encourages any developer to join in and contribute. This can be done through the Tron Development Hub. Here, there is documentation that covers the protocol, how to set up nodes, smart contracts and how to develop dApps. The purpose of the hub is to be able to walk someone, with relatively little experience or knowledge, through the steps of not only how to use the network but how to engage and eventually shape it as well.

What Financial Institutions Use Tron?

Refereum - Is a platform that allows gamers to earn TRX whilst they stream and viewers to earn rewards whilst they watch. The partnership is in keeping with Tron’s media focus as well as reflecting the huge potential gaming and blockchain integration could have. The main drive of their efforts is through the streaming service DLive, which Tron accessed through BitTorrent partnership with the service.

Metal Pay - Metal Pay is an online payment service for sending money around the world and they have become partners. This means that users can now easily buy TRX tokens for cash through either the Metal Pay website or their app. This helps breakdown one of the barriers as adoption, which is the process of acquiring TRX that some people may have found difficult before.

Samsung - Samsung has added Tron to their Blockchain Keystore. This means that Samsung users who have the latest versions of their phones are now able to access Tron dApps through the Samsung app store. This is a momentous achievement for the blockchain as new content creators are able to receive a reasonable amount of compensation for their efforts but also their dApps are now exposed to one of the largest app markets in the world.

TRX cannot be mined, instead, tokens can be gained by staking your existing tokens to help validate other transactions. By helping validate transactions, stakers will be paid a token creation or transaction fee. It should be noted that these digital assets paid are not being newly created, they already exist.

A Tron wallet is some software that can store TRX tokens. These come in many different forms and in fact, there are a number of wallets created by the community themselves, which are accessible on their website. Here are a few examples:

Whichever wallet you decide on will bring a different set of benefits vs drawbacks. Some are more portable while others offer more security. Make sure you conduct proper research before making a decision.

Is Tron Worth the Investment?

If you are interested in the potential of the Tron network and the future of online media then it is a truly intriguing investment. The TRX tokens are a prerequisite to interact with the network so in that sense they would be a good investment, especially if you are an aspiring content creator or potential just have a passion for media and would like to interact with all the dApps on the network.

However, it should be noted that as it is a cryptocurrency, the price of TRX is subject to fluctuations. At only $0.01 per token, they are not at the more pricey end of the crypto scale but the principles for investment stay the same. Do adequate research before deciding to invest and never invest more than you are prepared to lose. 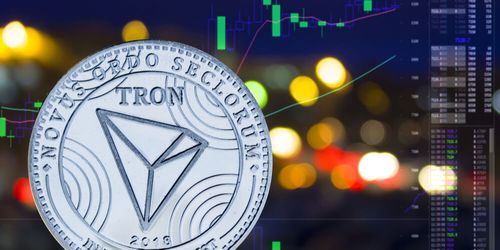 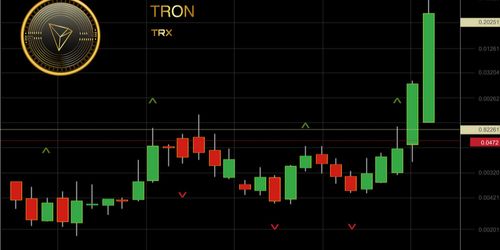 TRX/USD could be priced at $0.40 soon if bulls sustain momentum above its multi-year…