Ethereum (ETH) is widely recognised as being the second most important cryptocurrency, having escalated in value rapidly following its relatively recent creation. Ethereum was formed following a hard fork of the original Ethereum project, creating this very popular token, and the also prominent Ethereum Classic.

Ethereum is very much involved with digital payment, but aims to make some improvements on the Bitcoin blockchain that deliver increased efficiency and convenience.

While Ethereum is yet to be as recognised as Bitcoin in mainstream society, in crypto circles it is already widely acknowledged to be one of the most valuable tokens available. Millions of people use Ethereum on a regular basis, and some even believe that it will eventually usurp Bitcoin as the most valuable cryptocurrency in the world.

Where to Buy Ethereum?

Considering the success of Ethereum, it is particularly widely available, particularly online. Most people that purchase Ethereum choose to do so via digital brokerages and exchanges. While this is a relatively straightforward process, it is nonetheless important to select a reputable broker diligently. Customer service, safety, and security are always particularly important in the cryptocurrency niche, and you want to ensure that your tokens are protected at all times.

A Brief History on the Price of Ethereum

Although Ethereum hasn't been around for as long as the market-leading Bitcoin, its price history has been eventful and interesting to follow.

The most important influence on Ethereum will not come as a surprise to many people. The coronavirus crisis has had a profound impact on almost all economic activity, and this is no more true than in the financial markets. Many investors have piled out of traditional locations over the last few months, and this has actually been rather favourable for cryptocurrencies such as Ethereum.

In the short-term, Ethereum has virtually doubled in value, in-line with several of the most prominent altcoins. This has obviously been excellent news for Ethereum investors, and it suggests that we could be entering a bull market.

Media reports on Ethereum have also been favourable, with analysts suggesting that the Ethereum token could be set to escalate in value. One particular report published by Delphi Digital indicated that the total gas used on the Ethereum blockchain has reached an all-time high, and that the figure will escalate still further in the foreseeable future.

Nonetheless, the continuing unfolding of the Covid-19 pandemic, and its impact on the financial system as a whole, is certain to have a bigger impact on Ethereum than any other factor for quite some time.

While Ethereum is primarily intended to be a digital payment system, its economic prominence has meant that it has attracted a huge amount of investment as well. As Ethereum became an increasingly valuable commodity, particularly during its 2017-2018 bull run, it established itself as a significant part of the global investment market. This means that Ethereum is often compared to other traditional investments, such as fiat currencies and commodities. It is also interesting to assess where Ethereum is compared to other cryptocurrencies, so in this section, we will examine all of these issues.

Compare Ethereum With the US dollar

The US dollar has performed quite well during the testing coronavirus climate. While other currencies have crumbled in value, the US dollar has retained its purchasing power, largely due to the privilege that it receives from being the world's reserve currency. Nonetheless, the dollar has been massively outperformed by Ethereum, which has nearly doubled in value during the Covid-19 crisis.

It is natural to compare Ethereum with gold, as the precious yellow metal is the most obvious safe-haven asset for people in times of crisis. Indeed, the value of gold has increased by around 20% during the coronavirus scenario, but even this favourable performance has been significantly outranked by Ethereum. With Ethereum nearly doubling in value, it is safe to say that it has massively outperformed gold in this climate.

The tumbling in value of crude oil is something that virtually no-one on the planet predicted. Traditionally one of the safest and most reliable commodity investments, oil actually plummeted to a negative value during a stand-off between the prolific oil-producing nations of Saudi Arabia and Russia. While this disagreement has now been resolved, the price of oil remains trivial, and it has massively degenerated during 2020. It hardly needs stating that this is the absolute polar opposite to the performance of Ethereum during the calendar year.

Bitcoin remains the market-leading cryptocurrency and is the token that all others take their lead from, much in the way that silver often trades off the performance of gold. But Ethereum has matched Bitcoin during the recent bull run, which will be encouraging for its founders, community, and investors in the cryptocurrency.

The increasing popularity and public profile of Ethereum mean that there has been a huge amount of both verbal and financial speculation surrounding the token. The future price direction of Ethereum has certainly been a major focus of this discussion and investment, and thus it is both interesting and valuable to seek predictions on the future performance of Ethereum.

The Covid-19 pandemic has had a profound influence on Ethereum during 2020. But unlike the majority of equities and investments in general, Bitcoin has greatly benefited from the coronavirus crisis. As the cryptocurrency has entered a bull market, Ethereum has nearly doubled in value, which reflects investors seeking alternative locations for their money in a climate where very little can be considered safe.

There is no doubt that the coronavirus crisis will continue to be the defining aspect of the financial market for the remainder of 2020. Whether or not it remains in a bull run remains to be seen, but the overall financial conditions would certainly seem to be favourable for the altcoin.

Another key aspect of the price performance of Ethereum in 2020 will be the launch of Ethereum 2.0. This is expected to bring new efficiency to the Ethereum blockchain and could see the cryptocurrency begin to close the yawning gap between its value and that of Bitcoin.

A paper published recently by Ferenc Béres and a team of primarily Hungary-based researchers also suggested that it is harder for Ethereum to make its transactions truly anonymous compared to the market-leading Bitcoin. This must be a concern for the founders and the community of Ethereum going forward, and could potentially have an impact on its value. Béres concluded that “the account-based model reinforces address-reuse on the protocol level. This behaviour practically makes the account-based cryptocurrencies [such as Ethereum] inferior to UTXO-based currencies [such as Bitcoin] from a privacy point of view.”

Nonetheless, while technical issues related to the blockchain will have some impact on Ethereum, it is difficult to imagine anything having a more profound influence over its price discovery than Covid-19 and its related economic impacts.

Although the coronavirus crisis will begin to unwind during 2021, it would be naive to believe that it won't still be having a profound economic influence. We can expect a culture of austerity across the planet, and investors will still be seeking alternative safe-havens. Interest rates will probably have been slashed to zero, even in countries in which they have recovered previously. And this could lead to cryptocurrencies maintaining a bull market well into the next calendar year.

Equally, we can expect Ethereum to become a more prominent aspect of the public consciousness by this time, particularly following the release of Ethereum 2.0. This can only be positive for the price performance of Ethereum going forward, while its new blockchain should have bedded in successfully by the end of 2021.

Even beyond 2021, the Covid-19 pandemic is likely to have some impact on trading conditions. We don't yet know the full influence of the coronavirus, but we can conclude that it is likely to be long-lasting. So, the coronavirus crisis will probably continue to impact on the financial environment even years into the future, which would seem to be positive for cryptocurrencies such as Ethereum.

However, if Ethereum is going to retain its value and become a part of the mainstream financial system, it needs to achieve a few things. Firstly, it must demonstrate a sizeable portion of use cases, opening the doors to the Internet and real-world applications.

Ethereum must also improve its reputation in both mainstream society and the cryptocurrency community. The positive reputation of Vitalik Buterin will help with this process, but it will certainly be challenging for cryptocurrencies to establish themselves alongside traditional fiat offerings.

Ethereum would also benefit from a strong regulatory environment, in which cryptocurrencies are enshrined as part of the mainstream financial architecture. Ethereum has massive potential to play a role in technology-driven markets, but this will only be achieved if the project continues to develop and evolve.

In conclusion, the long-term price discovery of Ethereum is definitely promising, and we can, in fact, expect to see a bull market in cryptocurrencies over the next few years. But, the overall viability of the project will be incumbent on its founders achieving both trust and belief in the Ethereum project in particular, and as part of a wider acceptance of cryptocurrencies as a whole. 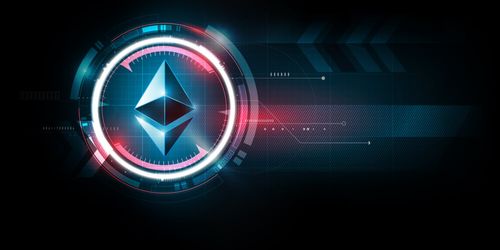 A surge in transaction volume in the DeFi market saw Ethereum applications record an... With ERC-20 tokens like WBTC, Bitcoin could now compete in the red-hot DeFi development... Bitcoin, Ethereum and XRP: analysis of July heading into August 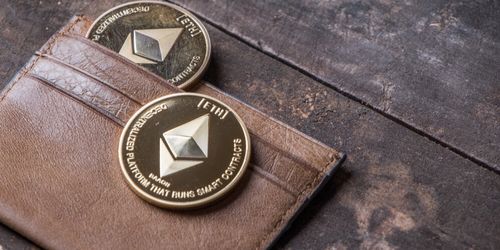 Approximatly 31.86 million Ethereum addresses are currently in profit, more than the total number... 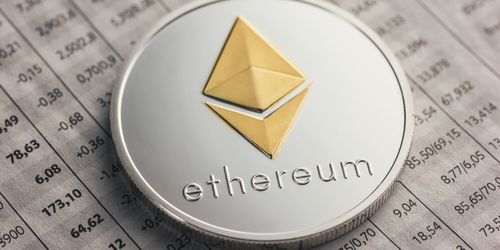 The EEA has made Ethereum more investable

The Enterprise Ethereum Alliance (EEA) has established standards for the development of permissioned versions... Ethereum is ready to test price levels above $350 but XRP/USD looks odds on...