Adyen, the well-known payment processor, has announced a new partnership with BitPay that could propel bitcoin onto some of the largest sites in the world.

The Amsterdam based company could offer a vital missing link in the progression of bitcoin into the public eye, although its larger customers have yet to confirm whether they’ll be taking advantage of the new gateway.

For those not familiar with Adyen, it’s a hugely successful company that provides the framework for payment on ecommerce sites. It facilitated more than $1 billion worth of transactions every month last year, and is said to be worth a cool $1.5 billion.

Adyen offers more than 250 payment methods in more than 180 currencies, and bitcoin is the newest, thanks to BitPay integration within Adyen itself.

The news of Adyen’s adoption of BitPay could be significant for small businesses, freelancers and individuals all over the web, since Adyen powers payments for a surprising number of websites. In total, it has 3,500 clients, and some – like Facebook – could potentially push bitcoin further into the mainstream.

Adyen’s bitcoin adoption means businesses can integrate bitcoin payments into their checkout process. Support for virtual currencies won’t be switched on by default, though; companies will have to decide to integrate it and enable it one by one. But if they do, we could see bitcoin as a payment option on sites like Spotify, Groupon and Ryanair

Atlanta-based BitPay estimates that it powers more than half of the world’s bitcoin transactions, and this Adyen integration will only increase that market share. It’s one of the few companies that has come up with a slick, user-friendly way to make bitcoin more palatable to businesses, and its low fees make it an attractive alternative to services like PayPal.

Jagex is the first company to leverage the new BitPay and Adyen collaboration. It switched on bitcoin payments for RuneScape and its other games. Dozens of other Adyen users will surely follow. However, Facebook is quietly working with ex-PayPal employees, and Gmail has just started offering payments from user to user through Google wallet. So there are competitors coming up with other innovations to compete with bitcoin adoption.

As far as crypto currencies are concerned, Coinbase and BitPay are the two companies with the status and reputation to drive more bitcoin adoption. The easier they make it, and the more people request bitcoin payments, the more likely it is that we’ll see virtual cash flowing alongside traditional currencies.

Claire is a professional tech blogger and technical author. In addition to covering the cryptocurrency space, she also writes about web hosting, web apps, software & digital marketing since 2010. Her experience has also seen her create single-sourced technical documentation…
Read More 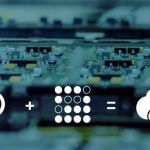 Previous
Spondoolies Partner With Genesis Mining
Next
If Bitcoin and Cryptocurrencies Lack Intrinsic Value, So Does Fiat Currency 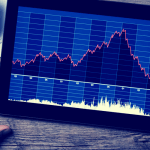