After Move To Purchase Rival, NETELLER Moves To Accept Bitcoin, Excludes US Users

NETELLER is an online payment processor and pre-paid card issuer. Today, CoinDesk is reporting that the service will begin accepting Bitcoin as a funding method, just days after its parent company Optimal Payments announced the intent to purchase longtime rival Skrill.

According to CoinDesk, Bitcoin will now be an option to fund NETELLER accounts and purchase prepaid debit cards. The feature may launch as early as today, but not for U.S. customers.

NETELLER, founded in 1999 and based in the Isle of Man, was once the leader in online gambling payments, but that changed when the Unlawful Internet Gambling Enforcement Act of 2006 (UIGEA) was passed and authorities began cracking down on online gambling sites and their payment options. NETELLER complied with the law and prevented US and eventually Canadian users from depositing to or withdrawing from online casinos.

Skrill, which was then known as Moneybrookers, largely filled the gap. The planned purchase of Skrill was officially announced just days ago, the deal is worth USD $1.2 billion. It is unclear at this how Skrill will deal with online gambling under Optimal Payments’ umbrella. A representative told CoinDesk that gambling concerns is the reason U.S. customers are prevented from using Bitcoin in NETELLER.

Still, the news is a welcome one, according to previous reports, NETELLER had banned the use of its platform to buy or sell digital currencies. Today, they are reportedly adding it as a payment method, so it has been a major reversal in policy.

We have reached out to Optimal Payments for comment and will update this post when we hear back. 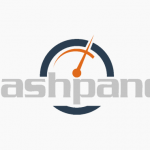 Previous
Hashpanel.io Will Make It Easy To Manage Your Mine
Next
Czech Media Is Reporting That Sheep Marketplace Scammer Has Been Arrested 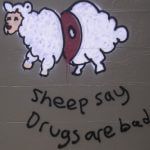