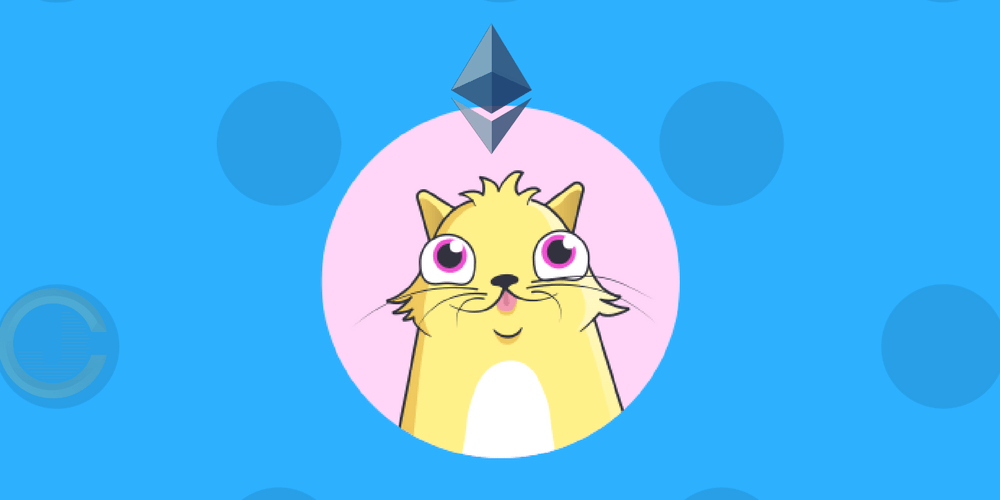 According to Etherscan, the Ethereum address of CryptoKitties decentralized application (dapp) accounts for 3.84 percent of the Ethereum network’s total daily transaction volume of over 500,000 transactions.

Essentially, CryptoKitties is similar to Neopets and allows users to breed and look after a digital pet. On the CryptoKitties platform, users can purchase cartoon kittens with Ether and breed them to obtain rare attributes. Scarcity adds value to these digital cartoon kittens, which can be sold again on the peer-to-peer Ethereum marketplace.

The immutable nature and decentralized structure of the Ethereum blockchain network ensures there are no duplicate kittens. Possession of a cartoon kitten is embedded onto the Ethereum network and thus, the ownership of it is unalterable.

“While CryptoKitties isn’t a digital currency, it does offer the same security: each CryptoKitty is one-of-a-kind and 100% owned by you. It cannot be replicated, taken away, or destroyed,” said the CryptoKitties team.

Since the cartoon kittens on the CryptoKitties marketplace are collectibles as their values are purely based on scarcity, rare kittens can be sold at substantially higher prices. On December 3rd, a user by the name of Stimpson J. Cat sold the first kitten generated by the CryptoKitties dapp for $117,712. 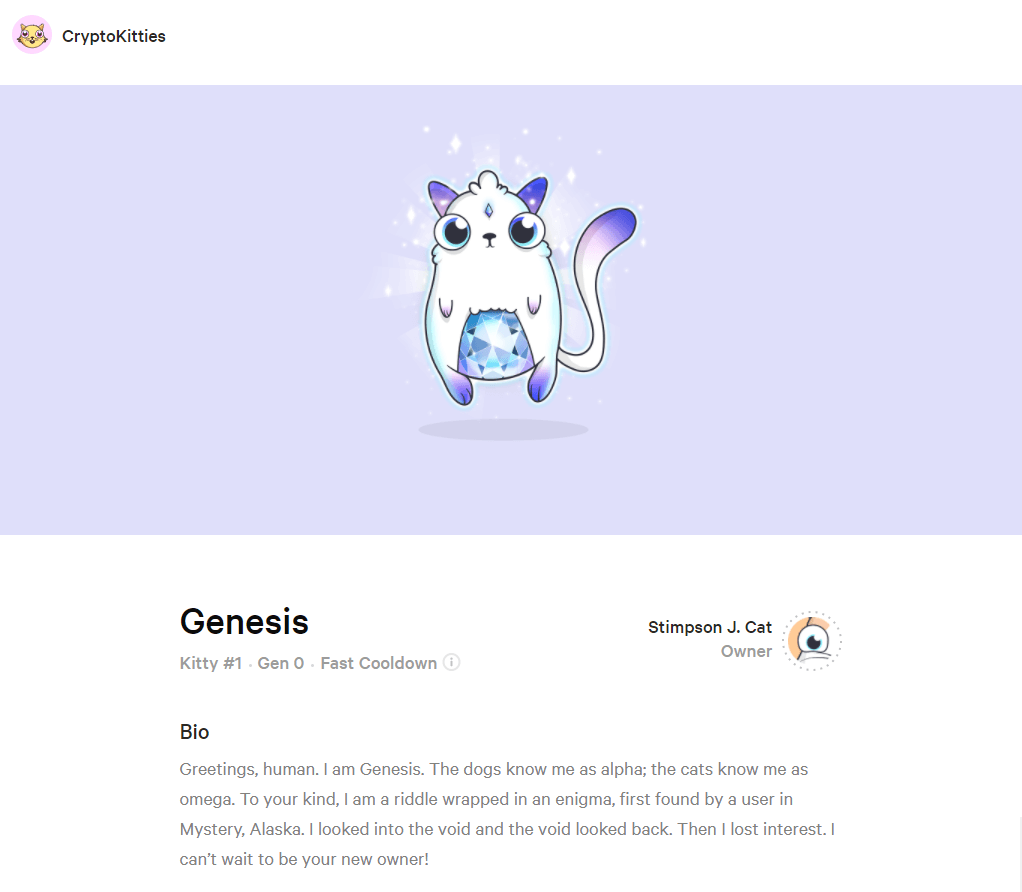 Other rare cartoon kittens have been sold for around $5,000, with some bred kittens sold on the marketplace for over $9,000.

“[There exists] 4 billion possible cats [on the CryptoKitties network]. I don’t know if all of those cats will be discovered in the length of CryptoKitties’ life cycle. I think it’d probably destroy the Ethereum network if they are. There are also hundreds of fancy cats so all of our cats are procedurally generated. Genes just like real genes get passed from parents to children and you get some from the parents of both sides but with the right genetic combination, you can unlock these fancy cats,” said Mack Flavelle, the team lead responsible for sustaining the CryptoKitties dapp.

Ryan Hoover, the founder of ProductHunt, a popular product discovery platform acquired by AngelList, described CryptoKitties as “a modern day Pokemon with cats on the blockchain,” as it is one of the world’s first blockchain games which aim to evolve into a viral and widely adopted collectibles-based game like Pokemon Go, with an Ethereum marketplace for users to trade or sell their cartoon kittens.

The CryptoKitties development team believes that the launch of an open and a blockchain-based game on top of the Ethereum protocol provides a space and a future for anyone in the global community, which is not restricted to a selected few.

“And we believe that blockchain is the future—but blockchain is about as approachable as a bunch of ones and zeroes. We want a future for everyone, not one exclusive to Bitcoin miners, VCs, ICOs, and other equally fun acronyms,” added CryptoKitties developers.

Given that the CryptoKitties dapp already accounts for nearly 4 percent of the Ethereum network’s daily transaction volume, the platform has the potential to evolve into the first blockchain-based game that is widely recognized within the global cryptocurrency sector.

Joseph Young is a finance and tech journalist based in Hong Kong. He has worked with leading media and news agencies in the technology and finance industries, offering exclusive content, interviews, insights, and analysis of cryptocurrencies, innovative and futuristic technologies.