Ethereum Classic, an offshoot of Ethereum with an overall market capitalization of $531 million, suffered a 51% attack, which led to double spend. At press time, the asset is trading at $5.05, marking a drop of almost 10% within the last 48 hours.

The attack comes a few weeks after the Ethereum Classic main development team was shut down due to a lack of funding.

Earlier this week, the Ethereum Classic (ETC) blockchain was attacked by a hacker who gained about 60% of the blockchain’s computing power. The hacker went on to steal – and subsequently spend- 85,000 ETC tokens (worth roughly $500,000), then rolled the blockchain back with the massive amount of computing power so that the spent tokens could be recovered.

Gate.io confirmed that the hack happened between 00:40 and 04:20 on January 7, and that all transactions involved in the hack were confirmed on the ETC blockchain.

In the wake of the attack, a large number of major cryptocurrency exchanges have already halted the trading of ETC tokens on their platforms. On Monday evening, Coinbase made a surprise announcement that it will temporarily disable all receipts and transfers of ETC, although the action will not have any impact on the ability of customers to buy and sell Ethereum Classic.

In a blog post, Coinbase said, “The Coinbase team is currently evaluating the safety of re-enabling sends and receives of Ethereum Classic and will communicate to our customers what to expect regarding support for ETC.”

Kraken exchange followed, informing its customers via an update that it appeared Ethereum Classic was under a “51% attack.”

The exchange imposed a temporary suspension of all deposits and withdrawals of the asset until the issue could be resolved.

However, OKEx, via an announcement made on its website, informed users that it would continue with normal ETC-based operations even in the wake of the 51% attack.

“Our team have assessed the situation and our advanced risk management system is able to maintain market order. Our ETC trading, depositing, and withdrawal will remain open and continue normal operations.”

ETC’S Fate Hangs in the Balance

Kyle Samani, Managing Partner at hedge fund Multicoin Capital stated that double spending of this magnitude only signifies that the Ethereum Classic blockchain has essentially failed at one of its most essential tasks. According to the venture capital manager, this attack means that the token has no future.

“I’m surprised that the price of ETC is not down 50 percent or more. The most probable explanation is that the biggest holders store their assets off-exchange, leaving them unable to transfer them back and sell,” he said via email correspondence with Bloomberg.

However, in a blog post on Medium, Donald McIntyre, a former employee of the now-disbanded ETC development team, stated that a change in the mining algorithm could help protect the network and prevent setbacks like this in the future.

Larger Problems for the Crypto Space

Broadly, this attack depicts the difficulty that comes with developing a public network that is truly reliable and secure, especially as Bitcoin Gold (BTG), an offshoot of the original Bitcoin (BTC), suffered a similar attack in May 2018. It also exposes the vulnerability that is inherent in some of the less popular digital assets- even those who are hard forks of the more popular digital assets.o

Jimmy works as an editor, writer and strategic advisor within the cryptocurrency space. He has been following the development of blockchain for several years, and he is optimistic about its potential to democratize the financial system. Jimmy is also a…
Read More 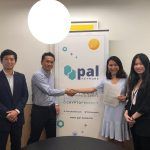