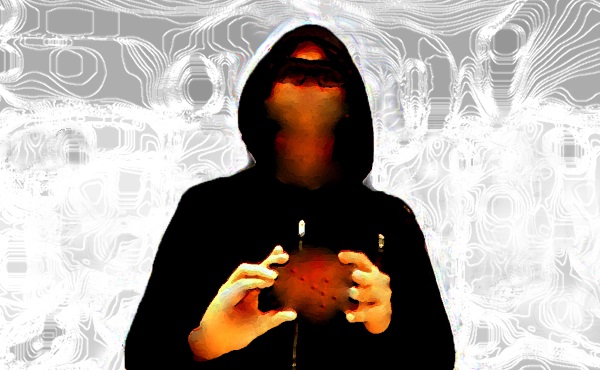 Litecoin Association Director and CEO of the upcoming exchange Koinyx, Andrew Vegetabile, aka The Mage, has issued a public statement calling out GAW, Paycoin and Josh Garza. He finishes it off with a personal statement directed at Josh Garza, stating that he “fits the bill” of a sociopath and reminds Garza that he is still up for the public debate Garza previously demanded then avoided.

The statement comes from Vegetabile himself and was not vetted, approved or “even known about” by the Litecoin Association or its community.

A little background before we get to the statement. In January, Josh Garza challenged Vegetabile to a debate after Vegetabile publicly demanded that Coin-Swap drop Litecoin from its exchange. Coin-Swap had just added Paycoin and had also been purchased by Josh Garza, the creator of Paycoin. Vegetabile understandably felt that was a conflict of interest, various other coin developers throughout the crypto community agreed and joined in the boycott, and one of the many controversies surrounding Paycoin kicked off.

Vegetabile accepted Garza’s invitation to a debate, but Garza then asked that the debate take place through “public letters” and not in an “open[,] public debate[,] in person online [and at] any time” as Garza first demanded. The debate never happened, much like the highly-anticipated Q&A session with Garza at The North American Bitcoin Conference in Miami never happened.

What followed was a string of controversies and leaks that further discreded GAW and Paycoin, including SEC investigations, lawsuits from unpaid power companies, rebellious staff and countless broken promises. Paycoin currently sits at USD $0.20 exactly 1/100th of it was infamously guaranteed to never drop below.

Vegetabile sums the situation up well, so I won’t rehash it any further than I already have. The entire statement is presented below, unedited. We have sent a copy of the message to Josh Garza asking for comment, and will update if he does.

“As the one who has started the initial public statement months ago on the initial potential issues with GAW and Paycoin, I felt it was necessary to be the one who can attempt to close this chapter in crypto eco-system. For those unaware, GAW bought an exchange and I felt it was irresponsible to have an exchange along with a crypto coin because it presented an ethical boundary that should not have been crossed where one could have the potential of owning a coin and having the means to dump it.

Within the last few months since my statement, I have learned many things about GAW. Investigations by the SEC (substantiated) along with potential investigations by FinCen, the IRS, the DHS, and others. I want to reiterate one of my statements made months ago, which stated that I foresaw something like this akin to leading up to a massive failure beyond cryptos, which now bleed into standard news sites and once again giving cryptos a black eye. The level of at the best mismanagement and at its worse potential scamming and illegal activities has reached beyond which I can once again sit back and stay idle.

The amount of promises have been daunting at best. A $20 pay floor (at the time of this writing is a magnitude less at ~$.20), the always profitable miners, acceptance with major retailers such as Walmart and Target, Paybase, and a slew of other items. Development beyond initial release was practically nonexistent for the core wallet, forcing customers to utilize online means to store coins which were susceptible to hacks and withdraw freezes.

What GAW and Josh Garza have done above amounts to potential mismanagement. But this is not the end of transgressions. For anyone following the Bitcointalk thread which is over 1600 pages now, within the last few days more details of potentially illegal actions have been exposed. These include securities fraud, money laundering, extortion, grand theft, insider trading, retaliation against whistleblowers, wire fraud, charity fraud, and I’m sure there is more I missed. This is not trolling or FUD at all, and I caution anyone calling this as such. These are serious illegal activities and should not be taken lightly.

I know that writing this exposes me to trolls from both sides of the isle, but at this point this is well beyond me. The fallout from all of this will be damaging to the entire crypto eco system and set back efforts from thousands of collective volunteers across all the communities that work tirelessly to promote cryptos in order to gain mass adoption. What Mr Garza has done was give a metaphorical middle finger to everyone in cryptos and has earned him a place alongside Mark Karpeles and Ryan Kennedy in my eyes.

What can be done to put an end to all of this? The answer is that the Paycoin community needs to put their foot down and take their coin back. I understand that the Paycoin foundation has been attempting to bring more transparency to their actions and I applaud them for their recent efforts. On the other hand at this point in time I am unaware of who had knowledge of what was going on at what point in time, so I am respectfully careful with them. Regardless, there has to be a developer within the Paycoin community that is able to make the necessary changes required in order to move past this soiled event in our history. If this is the Paycoin foundation to do this, and they do it correctly, so be it.

In order for the communities to heal from this entire debacle, the code must be forked. In my personal opinion, all prime controllers need to be removed and the coins contained within them need to be sent to a burning address. In addition, any serious bug fixes must be resolved in order for community members who own Paycoin can have a reliable offline means of storage instead of relying on an exchange to store coins (at the time of this writing I believe a wallet update was done, but I am unsure if the major bugs were fixed). Also, the community could be more involved in the direction of the coin. Demand 100% transparency from the leaders in your community, and ensure that they have substance to back up the claims they make, regardless of the leader who may be providing information.

There are more suggestions to be added here, but these items are the major one that needs to be resolved (and the most difficult). In order for the community to continue being a Paycoin community, they need to remove GAW from the picture.

I also wanted to add in my intentions here. What people fail to understand is that while the circumstances under which Paycoin was created along with GAW are trash, the community isn’t. They are already a part of the crypto eco-system whether people like it or not. In order for all of us who really wish to see cryptos grow, we should be helping those in these types of situations. That is my intentions behind this.

Lastly, I would like to end with this, a personal message to Josh Garza. On my short time here on earth I have met many people with sociopathic traits, and you fit the bill. I really have nothing else to say beyond this, and the way you have used people like toilet paper is deplorable. And just as a FYI I’m still up for the live debate you decided to run away from.

Some will argue against helping Paycoin in any fashion, but we will leave that to the community to debate. We will continue coverage on Paycoin until the saga mercifully ends.