Gaël Monfils, the 31-year-old French tennis star, is known as “Sliderman” for his on-court showmanship. He may take chances when trying to win Grand Slam matches, but when it comes to personal finance Monfils – who reached a career-high of No6 in the world in 2016 – says he is risk-averse. His investment platform of choice? The world’s leading social trading network eToro, which specialises in cryptocurrencies.

Monfils has been described by The Sunday Times magazine as “the most interesting guy in tennis” and Britain’s former world No1 Andy Murray reckons the agile Frenchman is the best athlete in the sport. He is not bad when it comes to investing in crypto, either, and began actively trading on eToro in 2017 (see his profile here), having heard about the award-winning platform from his brother-in-law. He was drawn to its wide selection of cryptos and innovative investment tools. 67% of retail investor accounts lose money when trading CFDs with this provider. You should consider whether you can afford to take the high risk of losing your money. 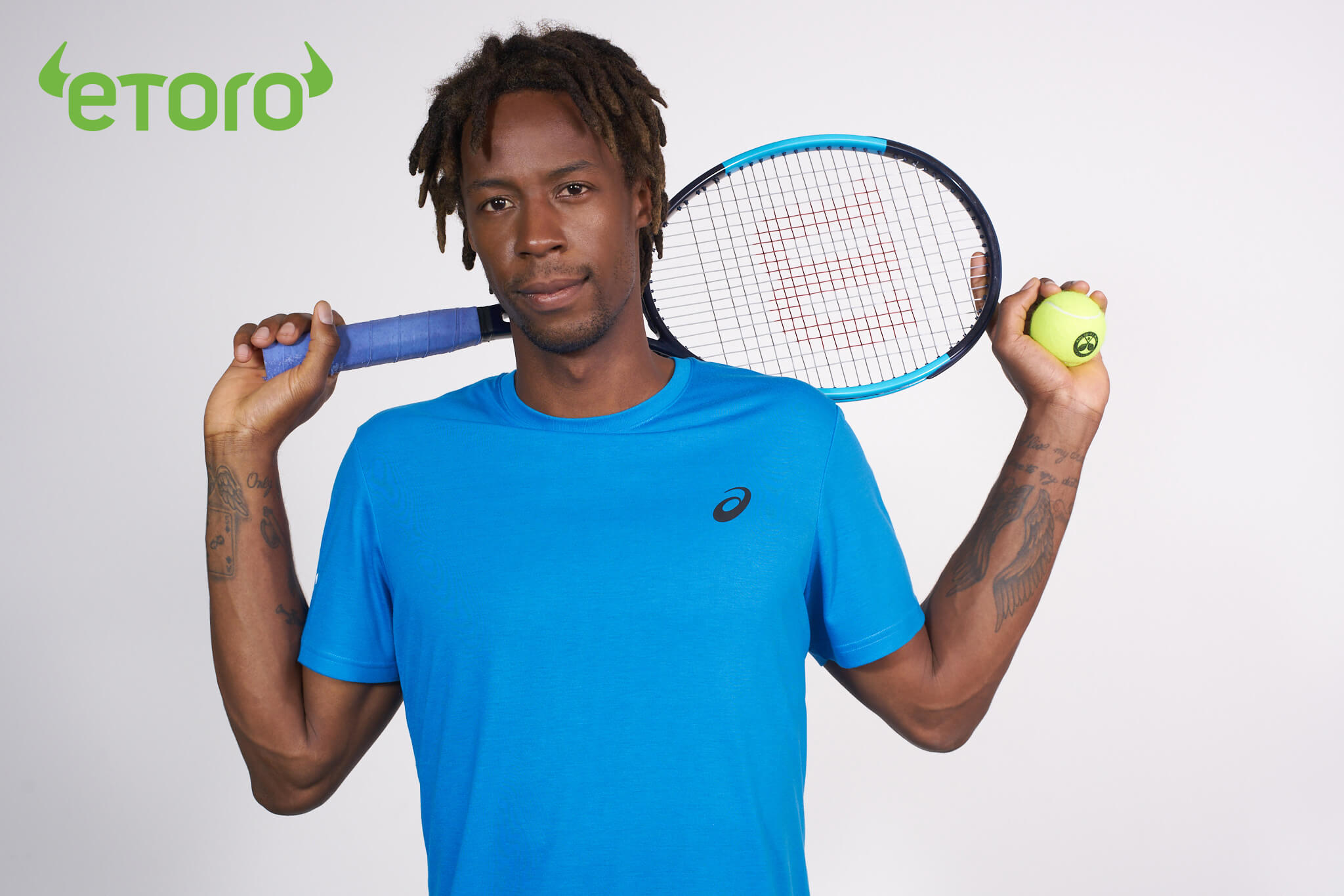 Now he is sponsored by eToro, and the video the platform produced introducing Monfils – which you can see below – has generated almost four million views since late May.

The Swiss-based tennis maestro, who played in his tenth Wimbledon in July and had reached two Grand Slam semi-finals (both at the US Open, in 2008 and 2016) and has amassed £10.5 million of prize money in his career, says another big plus for is eToro is its excellent multi-channel user-friendly interface.

“I use [eToro] while travelling and it gives me some independence with my money,” he said in an interview for The Times on the eve of The Championships at Wimbledon (see here). “I have a diverse portfolio, with a particular interest in big tech stocks.”

Monfils claims he made a healthy profit recently when selling his crypto assets on eToro, which over the years has pioneering various innovative features in the world of online trading – including CopyTrader, and CopyPortfolio.

“Last year I was investing especially in cryptocurrency – ethereum, litecoin, XRP and bitcoin,” he told The Times. “I sold out but have some left as a long-term investment, which I am not touching.

“I find [cryptos] fascinating – it’s futuristic, definitely novel, quite volatile, and it’s interesting how and why they built it. I made a very good profit; I could have had more, for sure, if I had held it for a bit longer, but I sold it at the right time for me. I think I made close to 75 percent profit.”

Top tennis talent Monfils finds eToro’s service ace – and is urging others from around the globe to join him on the platform. And given his impressive track record in crypto trading, he is good value for users looking to use the CopyTrader tool.

All trading involves risk. Only risk capital you’re prepared to lose. Past performance is not an indication of future results.

eToro is a multi-asset platform which offers both investing in stocks and cryptoassets, as well as trading CFDs.

Past performance is not an indication of future results.

Cryptoassets are volatile instruments which can fluctuate widely in a very short timeframe and therefore are not appropriate for all investors. Other than via CFDs, trading cryptoassets is unregulated and therefore is not supervised by any EU regulatory framework.

eToro USA LLC does not offer CFDs and makes no representation and assumes no liability as to the accuracy or completeness of the content of this publication, which has been prepared by our partner utilizing publicly available non-entity specific information about eToro.