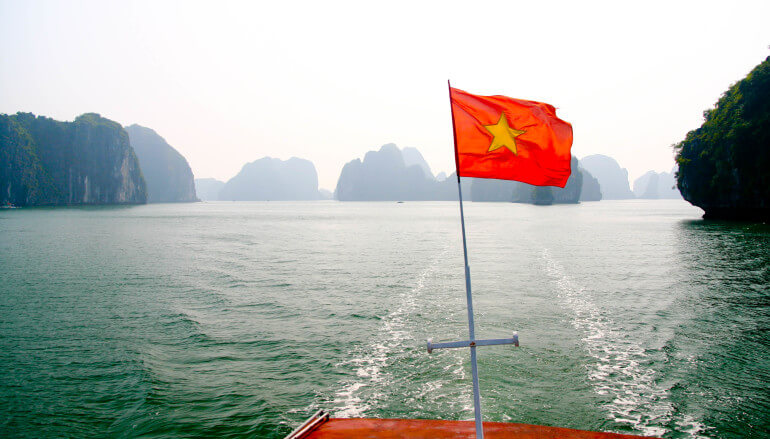 Future.Travel, an online ticket agency incorporated in Ho-Chi-Minh City, has become the first company in Vietnam to accept bitcoin as a payment method for flights and travel services joining many other companies that accept Bitcoin.

"We are a progressive, future thinking company and can see the value to the consumer, as well as to ourselves, for accepting this method of payment," David Watson, general director of Future.Travel, commented on his company's latest initiative.

Citing figures provided by the IATA, the international organization that manages the air transport and travel sector, Watson said that the booming industry will lead to "a lot of money passing hand." In order to reduce costs resulting from financial transaction fees, "bitcoin could be beneficial for both the public and the industry."

"We offer the Bitcoin payment option for customers as an alternative to traditional credit card and bank transfers," Watson continued.

"Customers were continuously complaining about the high cost of fees charged by their credit card companies for transactions, while corporate customers were focused on bank charges for transfers as well as the speed of the transfer process. With a bitcoin acceptance we manage to address both of those major issues."

In Vietnam, bitcoin is still in a legal grey area. Although public specification might suggest otherwise, bitcoin is not forbidden in the country. The public's interest in the digital currency is visible through the growing local community.

According to Dominik Weil, general director of Bitcoin Vietnam, the country's first and only bitcoin broker, merchant adoption is the logical continuation of the industry's growth.

"Globally bitcoin acceptance for payment is growing rapidly and many governments are well advanced in their own digital currency strategies," Weil said. "The move to accepting digital currency for products and services in Vietnam has been expected for some time."

"We are happy to see Future.Travel providing ways for travelers to spend money in Vietnam. All those bitcoin purchases on the local level mean that the benefits from the digital currency are flowing into the country."

Although Future.Travel is the first merchant in Vietnam to officially accept bitcoin, a few other businesses are informally accepting bitcoin as a payment method.

Hiep, a young woman living in Ho-Chi-Minh City, has recently begun accepting bitcoin for the short rental of her apartment on AirBnB. Although she admits having little knowledge about the technology, she said that "accepting bitcoin is one way of learning about it."

In an interview with Bitcoin Vietnam, Hiep said:

"My bitcoin knowledge is still limited so accepting bitcoin is how I learn more about it. The world’s trend is to have an unbounded currency that is not solely controlled by any government and [can be] freely [sent] anywhere with ease. [...] We should accept new good things, before it [becomes] a vital part in life."

In June, Bitcoin Vietnam said it would tackle the remittance market, announcing Cash2VN, a new platform to perform international remittances to Vietnam via the bitcoin network.

According to Vietnam's central bank, the country is forecast to receive between US$13 billion and US$14 billion in overseas remittances this year.

Remittances from Vietnamese overseas is a key part of the country's economy, weighting as much as 8% of Vietnam's GDP.