Bitcoin Cash (BCH) is a cryptocurrency that was the result of a hard fork of the well-known Bitcoin. It was created in 2017 when members of the Bitcoin community decided that improvements could be made on the Bitcoin blockchain and system.

Bitcoin Cash was the result of these initial murmurings, but then itself subsequently split into two separate cryptocurrencies in 2018, resulting in the creation of Bitcoin SV (BSV).

Bitcoin Cash is intended to accommodate faster transaction speeds than Bitcoin and has established itself as a successful cryptocurrency during its relatively short lifespan.

Where to Buy Bitcoin Cash?

Bitcoin Cash is widely available, even though it is by no means as well known as Bitcoin. But the obvious place to begin when looking to purchase Bitcoin Cash is to utilise the many digital brokerages and crypto exchanges available online. There is a lot of competition around, and it is therefore important to seek out a reputable broker. Safety, security, and customer service should all be considered particularly important in the cryptocurrency niche.

A Brief History on the Price of Bitcoin Cash

Even though Bitcoin Cash is nowhere near as successful as Bitcoin, investors have still been drawn to this cryptocurrency, resulting in an intriguing price discovery journey.

Undoubtedly the key news for Bitcoin Cash over recent months has been the global Covid-19 pandemic, which has indeed dominated news, media and society. The lockdown associated with the coronavirus crisis has had a profound impact on business and finance, and the unprecedented nature of the issue has led to massive market uncertainty.

This has inevitably been a negative phenomenon for the majority of business and economic activity. But digital assets have proven resilient against these impacts, and Bitcoin Cash in particular. The cryptocurrency niche has benefited from investors seeking alternative locations to the stocks, shares, equities, and commodities that are the traditional focus of market participants.

In this context, Bitcoin Cash has increased in value during the coronavirus pandemic, gaining around 50% in value between March and May. While other investments have suffered, cryptocurrencies have flourished, and this has been true of BCH as well.

Many other factors will also impact on the price of Bitcoin Cash going forward, including the number of coins in circulation, issues related to regulation and governance, the public perception of cryptocurrencies, and even potentially breakaway currencies and further hard forks of the platform. But there is no doubt that Covid-19 will continue to cast a shadow over the entire investment environment, and that this will remain the defining issue related to Bitcoin Cash for the foreseeable future.

Although Bitcoin Cash was launched as a digital payment system, it is also a valid investment mechanism. Considering the escalation in the price of Bitcoin Cash since its inception, the crypto coin was always likely to attract the investment community. This means that BCH is often compared to the trading potential of other typical investments, such as commodities and fiat currencies. While its performance compared to other cryptocurrencies will always be of interest as well. So in this section, we will assess Bitcoin Cash in comparison to some other relevant assets.

Compare Bitcoin Cash With the US Dollar

The US dollar is known to be probably the most stable fiat currency in the world, and it tends to perform well in times of economic turmoil. This has been true during the coronavirus crisis, with the dollar retaining is value, in contrast with other fiat currencies that have plummeted in trading.

However, BCH has massively outperformed the US dollar, increasing by 50% in value during the Covid-19 pandemic. Investors have opted for Bitcoin Cash investment due to a lack of viable alternatives.

Another safe-haven asset, gold is popular with gold bugs, who choose to invest in the precious yellow metal, particularly in times of crisis. Considering the volatility of the current climate, it is perhaps unsurprising that gold has increased significantly in value, escalating approximately 20% over the calendar year.

Although this is a favourable performance for the commodity, it has not been as successful as Bitcoin Cash during the coronavirus pandemic. With the cryptocurrency increasing in value by 50%, it has significantly outperformed gold and shown itself to be a valuable asset during this crisis.

Crude oil has endured the most tumultuous year in its history, with the commodity that typically drives the entire planet literally crumbling in value. At one point, as Russia and in Saudi Arabia crossed swords, the crude oil market had reached the ridiculous situation of a single barrel being priced at -$40.

This couldn't last forever, and oil has made something of a comeback since. But with worldwide traffic reaching a standstill, the International Energy Agency believes that oil demand will fall further this year; hardly bullish for the price of crude.

Indeed, during the coronavirus pandemic, oil and Bitcoin Cash moved in completely opposite directions. Oil has plummeted while BCH has gained in value, and we can expect this trend to remain the tone of the trading of both commodities for some time to come.

It is obvious and logical to compare the performance of Bitcoin Cash to its parent, Bitcoin. And while BCH has certainly performed favourably over the last few months, it has not quite reached the level of Bitcoin, which doubled in value during the coronavirus pandemic. While Bitcoin Cash has a raft of committed and enthusiastic advocates, it seems clear that it is yet to be as obviously tradable as the original Bitcoin blockchain.

Bitcoin Cash is a popular cryptocurrency for investors and traders, which has led to a significant amount of speculation regarding the future direction of the token. And it will always generate headlines and interest thanks to its association with the market-leading Bitcoin. So it's interesting to assess and examine the future price direction of Bitcoin Cash, and what we can expect from this cryptocurrency going forward.

The calendar year of 2020 has been utterly unprecedented, with virtually the entire global economy being shuttered. This has naturally dominated the trading conditions for virtually all businesses, assets, and commodities. And cryptocurrencies have been no exception to this rule.

Generally speaking, cryptocurrencies have performed favourably in this environment, as investors have sought them out as alternatives to traditional commodities, equities, and assets. And this definitely applied to Bitcoin Cash, which has gained 50% in value during the coronavirus crisis.

Unquestionably, this has had a bigger impact on the price of Bitcoin Cash than any other factor. But it is also notable that the cryptocurrency is becoming an increasingly valid unit of exchange in the real world, particularly throughout East Asia. This will obviously be bullish for Bitcoin Cash going forward and would seem to be a positive sign for its advocates.

While the coronavirus crisis may have died down somewhat by 2021, it would be naive to think that it will just suddenly disappear from the trading environment. The future of the world financial system is extremely uncertain, and this is likely to impact on market conditions, as well as the value of commodities such as Bitcoin Cash.

We can reasonably expect many equities to continue to decrease in value over the next 12-18 months, and this definitely represents a window of opportunity for cryptocurrencies such as BCH. The bond market is also likely to be unstable, and delivering poor returns, while interest rates will be slashed down to the lowest level possible.

All of these likely trends are bullish for cryptocurrencies, as there just won’t be many investment options available. This means that Bitcoin Cash could continue to make gains throughout 2021.

Beyond 2021 for Bitcoin Cash

Even beyond 2021, the Covid-19 pandemic will have a significant influence over the economic system. We can hope that a full recovery will be achieved in the medium-term, but the profound impact of the pandemic lockdown should not be underestimated.

Again, this would seem to be bullish for Bitcoin Cash and other cryptocurrencies, particularly as they become more accepted in the mind of the general public. It has been suggested that the days of cash are numbered, and the coronavirus crisis may have accelerated this process, helping it to legitimise cryptocurrencies into the bargain.

A major issue for this digital currency going forward, though, is its inherent association with Bitcoin, and the dominance of the cryptocurrency market by its cousin. In many ways, the achievements of Bitcoin Cash have been extremely impressive, but it is difficult to see how it will ever approach the value of Bitcoin, considering that it may always seem the poor relation to the market-leading token.

Nonetheless, this doesn't mean that Bitcoin Cash cannot thrive in its own right. With vending machines and retailers widely accepting BCH across the globe, and the popularity of the token becoming particularly prominent in the likes of Korea, Japan and China, Bitcoin Cash could have a bright future. Its role in the emerging phase of technology-driven markets will depend on the ability of its founders and community to consistently deliver unique selling propositions and use cases.

In conclusion, Bitcoin Cash has an excellent future as an investment medium, having already achieved a great deal in the cryptocurrency market. But if it is to succeed as a cryptocurrency in its own right, it must extricate itself from the Bitcoin project. It is in a stronger position to emerge from the coronavirus climate in a positive state, but it will be necessary to communicate to its users and other interested parties precisely how Bitcoin Cash can be used in order to benefit them, and how this separates the token from others in the cryptocurrency niche. BCH/USD faces strong resistance at $297 while ETC/USD bulls aim at retaking control above... 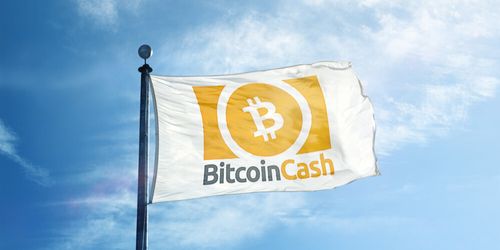 Price is on the verge of a breakout at the upper limit of a... Bitcoin Cash analysis: range-bound for below $260

Bitcoin Cash is trading sideways below $260, but a break above this level could... The concept of a bitcoin mining death spiral has been around for many years.... The Bitcoin Cash Hash War is Over. It Also Ended the BTC/BCH War.

Coingeek, the voice of Calvin Ayre and the most prominent supporter of Craig Wright... The Bitcoin Cash Hash war is about to come to an end, for good...