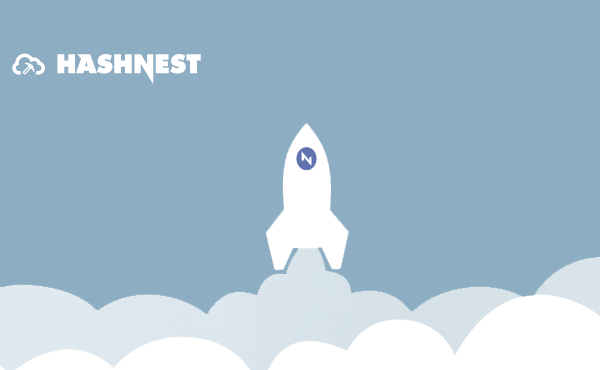 During my stay at Inside Bitcoins Berlin last week, I had a chance to talk to Yoshi Goto, one of the Bitmain representatives. Oddly enough, Bitmain was the only mining company on the exhibitors list for this Bitcoin conference. Yoshi told me that Bitmain is launching a new Bitcoin cloud mining contract which is expected to not just provide customers with a relatively quick ROI, but also a minor profit.

One Bitcoin will buy you one TH/s of Bitcoin cloud mining power, which is an incredibly cheap offer on the market right now. Especially when we compare this to similar offerings from other Bitcoin cloud mining service providers such as Genesis Mining (US$469 or roughly 1.59BTC) and ZeusHash (1.5828 BTC). Do keep in mind that ZeusHash customers will pay an additional fee to cover electricity and maintenance costs of their Bitcoin cloud mining contract.

The best part about Bitmain’s new Bitcoin cloud mining contract is the fact they do not charge any additional fees. Because Bitmain can deploy their own hardware relatively fast, and sell hashing parts once done so, the company is in a prime position to make Bitcoin mining profitable once again. This mass deployment offers another benefit, as it reduces the electricity prices because of the “bulk” usage.

Despite the labor cost in China going up quarter after quarter, the country’s electricity price remains fairly low for the time being. Furthermore, Bitmain has to hire far less technicians to guarantee hashpower uptime, as the Antminer S5 Bitcoin ASICs can be monitored remotely. Because of this, the prices of cloud mining contracts can be reduced even more.

Each one of these new Bitcoin cloud mining contracts remains valid for 120 days, and customers will receive a tiny portion of their total payout on a daily basis. As an added bonus, Bitmain is returning its daily savings on deploying and maintaining their Bitcoin mining hardware directly to the customers. Speaking of customers, Bitmain expects new customers to achieve ROI within 90-120 days and , depending on the mining difficulty and total hashrate, they will earn 6-7% profit on their contract as well.

Last but not least, customers can reloan the rented hardware after their contract has ended, giving them additional chances to make more profit.

“Because we can create a bigger volume of mining devices in our data center, our Bitcoin cloud mining contracts are cheaper compared to other companies. In the end, both the company and the consumer win, which can only be beneficial to Bitcoin in the long term.” - Yoshi Goto, Bitmain