Home › Latest News › FundFantasy Aims To Be The DraftKings of Finance, Without The Downside 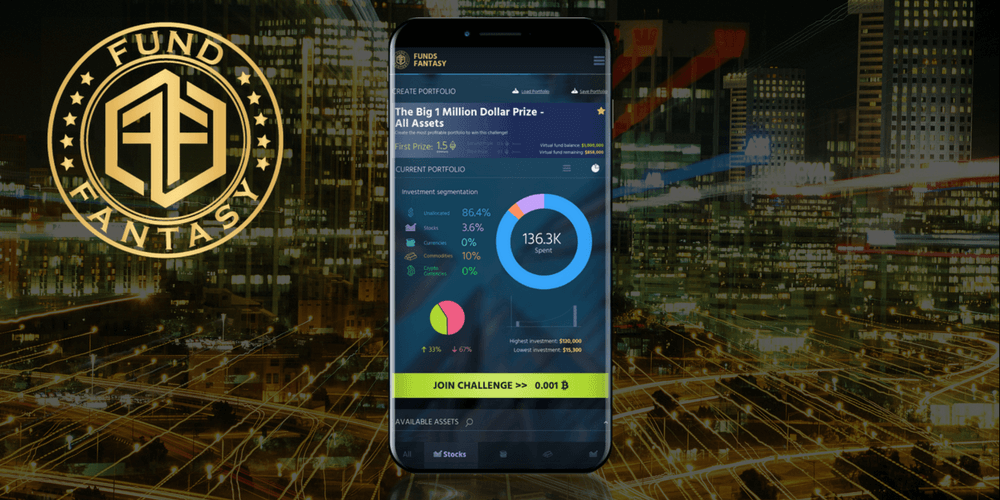 FundFantasy Aims To Be The DraftKings of Finance, Without The Downside

Daily Fantasy Games are big right now. They are bigger when football season is ongoing, but they are big all year nonetheless. FundFantasy wants to leverage that but for stocks and other financial services rather than sporting events.

FundFantasy isn’t a simple simulated investment platform but rather you join leagues and compete against other fantasy investors, not unlike what Draft Kings and FanDuel, but with stocks instead of players. What makes FundFantasy unique from them, other than the change in venue from sports to finance, is the clever ways it utilizes blockchain technology and cryptography.

I recently wrote about Mark.Space VR and derided it for the way it seemed to slap blockchain technology onto something that was hurt rather than helped by it. At first glance it may seem like FundFantasy is doing something similar. After all, FanDuel and DraftKings have been very successful without the advantage of blockchain technology.

Back in 2015, Draft Kings and Fan Duel were the kings of start up world. Combining America’s love for gambling on sports with the ever-growing omnipresence and convenience of smart phones, the two companies managed to turn fantasy sports gambling into a massive industry. DraftKings alone was once valued at over $1 billion. In the lead up to the NFL season that year, they spent a combined $207 million in three weeks alone.

And then the scandals started pouring in.  Accusations of insider trading were rampant. Super users were dominating and keeping most of the winnings themselves by playing in hundreds of games a day. Most of the winnings were going to a small percentage of users. There were also scandals that had less to do with the fairness of the game but were nonetheless damaging to the companies, like allegedly helping players join from states where such betting was illegal.

But it is the scandals that affect the fairness of the game that the blockchain has the potential to help. The largest scandal, as far as impact on user’s perspective on the games and their chance of winning goes, was the insider trading issue.

In sports there are only so many players worth adding to a fantasy team. In a fantasy basketball game for an example, LeBron James’ value is known by every team owner. He is arguably the best player in the world and in real life basketball, would help any team he plays for. But in fantasy sports, if 90% of the team GMs are putting James on their team and he outperforms expectations, that only gives the GM an advantage over the 10% of teams that neglected to play him.

However, if a GM picks up a player who isn’t as popular and then that player has a good day, it is a much larger advantage because that player is not only cheaper but also won’t have his advantage duplicated on as many teams.

The issue arrived when FanDuel and DraftKing employees started playing on the competing company’s site.  While employees were forbidden from playing on their own site, it was wasn’t against the rules to play on the competing site. At least one employee cleaned up when he used the data on player popularity from DraftKings to draft players on FanDuel whose popularity didn’t match their probable value. While both sites subsequently banned employees from playing on the competing site the damage was already done to their public image. Besides, rules can be broken and who knows what kind of “my uncle works at FanDuel and says to draft player X” shenanigans are still going on.

Blockchain technology can solve this the same way it solves the issues of digital cash: being able to verify without exposing.

Players on FundFantasy won’t have their profiles exposed to the site when they submit their selection. Instead, they are cryptographically secured until the designated time when the game starts, at which point the information is available to all participants. Employees won’t be able to use player data to cheat on their or any other site not just because they aren’t allowed to but because they aren’t able to. FundFantasy itself won’t have access until the game starts and the information is pubic.

With the blockchain and smart contracts, it is possible to do this with minimal human interaction. Granted, employees can utilize the information from a completed game to make informed decision on the next one, but if that information is public on a blockchain they lose their advantage.

The other issue with FanDuel and DraftKings is the suspected use of bots and multiple accounts. It is up to debate on how big of an issue this is. Some users swear it happens all the time but others downplay the problem. In either case, FundFantasy plans to head it off with a KYC (know your customer) process akin to those we see at cryptocurrency exchanges. While this isn’t a blockchain solution, it is encouraging that they are taking a serious approach to the issue and aren’t just using industry buzzwords like “blockchain” to cover up serious issues.

But why play an investment fantasy game rather than simply invest in real stocks? There are a few advantages. They really are two different beasts. One allows you to, on paper anyway, own a part of a company and grow or fail with their success. But investment in the real world rarely works that way. Money managers put investments in mutual funds and multiple pots. If the investor is using margin trading, then their entire investment can be wiped out in one crash.

FundFantasy is more like gambling on a sport event. Investors can use their knowledge of markets during short periods of time to gain massive profits far exceeding slow and steady investment, while limiting their risk to exactly how much they invest.

But at the same time, their reward will be limited to the players joining them in each contest. So, it won’t be for everyone. They are games, not investments, so it shouldn’t be used to replace your 401k or Bitcoin HODLings. But it does sound like fun. And the cost to entry is lower than joining the likes of E-Trade.

I saw a working demo of the software, though I was unable to play with it myself. From what I saw, it looked to be user intuitive and not unlike what you might see on a typical fantasy betting site.

FundFantasy is running its ICO campaign now. As is typical, US citizens are not permitted to participate in the ICO, but hopefully they can make the same case as DraftKings and FanDuel have been able to make and argue that they are a game of skill. If they can do that, the games themselves should be open to US players.

And if they can deliver on their promises, I can see FundFantasy becoming very popular.