JAAK, a London-based tech company using blockchain technology to disrupt the media and entertainment industry, has been selected for the first Techstars Music accelerator alongside ten other startups.

The newly established accelerator, headed by Bob Moczydlowsky formerly of Twitter, Topspin Media and Yahoo! Music, will provide the 11 teams with an intensive three-month incubation program at Techstars’ new Los Angeles office in exchange for 6% equity in each company. The companies will receive a US$120,000 investment, support for life and mentorship from top music executives such as Interscope’s Jeremy Erlich, Ticketmaster’s David Marcus and Jody Mulkey, Spotify’s Sumit Varshney, Pandora’s Dagan Josephson and Amazon’s Noah Shanok. 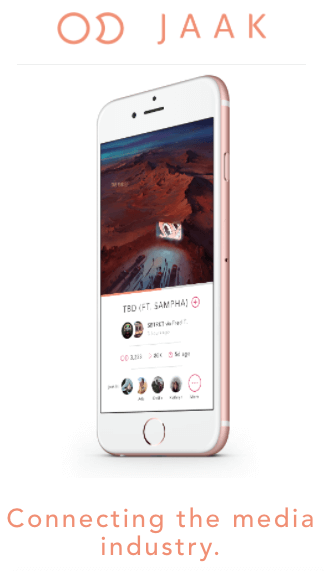 The META network connects organizations from within the music and media industry, such as performing rights organizations, record labels, broadcast companies, publishers and digital content platforms. The network allows them to capture, store, verify and communicate commercial metadata.

JAAK’s goal is to create a real-time metadata network and a standardized framework for low-cost licensing. The company is currently working with Viacom and PRS for Music to build a prototype of an open, blockchain-based rights management system.

JAAK’s protocol acts as an ‘operating system’ for defining, managing and commercializing media and metadata on the blockchain. JAAK OS stores media assets and metadata in peer-to-peer storage and creates a smart contract on the blockchain that acts as an agent. This can be programmed to handle access, payments and analytics, deliver content to end clients and consumers, and be upgraded with new functionality.

In parallel with the Techstars Music program, JAAK is setting up a consortium called the Guardian Initiative to test, experiment and explore the opportunities presented by the use of the company’s technology in these industries.