MyBit, an open source decentralised platform, has announced that it has teamed up with sustainable cryptocurrency mining company, Alpine Mining.

MyBit is aiming to be a first-class platform by giving users the opportunity to invest in smart, Internet of Things (IoT) devices on the ethereum blockchain.

“There’s a lot of excitement around the Internet of Things and blockchain right now,” said Ian Worrall, CEO of MyBit. “Globally, the market for IoT devices is projected to grow to $8.9 trillion in 2020.”

The crypto market has generated plenty of negativity, particularly so in the last few weeks as interest in the market grows. As well as concern that the industry is in a bubble, some have questioned the power needed to mine digital currencies. One of which is Christine Lagarde, the managing director of the International Monetary Fund.

Speaking at the World Economic Forum in Davos, Switzerland, Lagarde said that the mining of cryptocurrencies was too energy intensive and was consuming as much electricity as a G-20 economy, reports Bloomberg.

“We figure that in 2018 if it continues that system will actually consume as much electricity as Argentina,” she added.

According to Bloomberg New Energy Finance, the electricity needed by the network of computers contributing to the bitcoin blockchain more than tripled in the last year to 37 gigawatt-hours a day. It hit a record of 43 gigawatt-hours in December.

However, while there has been criticism over the amount of electricity needed to mine digital currencies, Worrall is of the opinion that Alpine Mining will counter this.

“Alpine are a 100% sustainable mining company,” he added. “There has been a lot of negative coverage about the power cryptocurrency mining consumes. With their technology, every single transaction is powered by hydroelectricity alone.”

Through its partnership with Alpine Mining, MyBit are bringing their technology to the cryptocurrency mining community for the first time, the company states. By integrating in the MyBit platform users will be able to co-own existing mining operations, customise or crowdfund their own. Notably, MyBit and Alpine Mining are offering distributed ownership of mining operations for every type of budget with the option to scale quickly. With the industry continually growing, the two companies are providing investors with a sustainable and effortless way of getting industry exposure.

As well as their partnership with Alpine Mining, MyBit is seeking to team up with other companies in the industry in addition to aiding non-blockchain businesses to bring their IoT devices to new audiences. 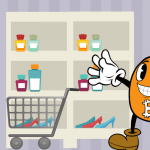 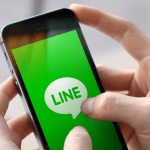