Line Corporation, a leading Internet company in Japan and the operator of the country’s biggest chat messaging app Line, is looking to launch its very own cryptocurrency exchange service and has applied for a license with Japan’s financial regulator, the Financial Services Agency (FSA). The company plans to expand its cryptocurrency operations in Hong Kong and Luxembourg next, people familiar with the matter told Bloomberg.

The move is part of Line’s expansion into financial services. The firm established a new company, Line Financial Corporation, as a follow-up to Line Pay and to further reinforce its position in the financial business domain. 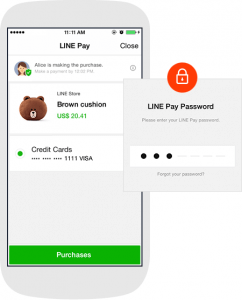 The new company will create and provide a variety of financial services including a cryptocurrency exchange platform, loans, and insurance, all from the Line messaging app, Line Corporation announced on Wednesday.

But some services may be offered as a stand-alone brand, sources told Bloomberg. The insurance business will focus on resale, centered initially on the Japanese market where commissions are high.

Line is also considering applications of blockchain technology in countries with underdeveloped financial infrastructure to enable services such as the ability to pay utility bills via mobile phone.

“Line hopes to become a leader in the fintech industry as the world moves increasingly towards a cashless wallet-less society,” the company said.

With around 200 million monthly users, Line’s entry into the cryptocurrency business could significantly increase awareness and adoption. In comparison, Coinbase, one of the world’s largest cryptocurrency exchanges, has about 13 million users.

Japan is one of the largest markets for cryptocurrency trading. According to data from Cryptocompare.com, bitcoin trading in yen accounted for 30-40% of the global total trading volume in the past month.

Japan made legal revisions in April 2017 to tighten regulations on digital currency activities. Cryptocurrency exchanges are now required to register with the government and submit annual reports. The FSA is also allowed to conduct on-site inspections and issue business improvement orders. As of January 17, 2018, Japan had 16 licensed cryptocurrency exchanges.

The announcement comes only a few days after Tokyo-based cryptocurrency exchange Coincheck announced the loss of 523 million units of NEM cryptocurrency (about US$530 million) from a hack. Japanese authorities said they will take administrative actions against the company and investigate all local crypto exchanges for security holes.