Home › Latest News › The Sacramento Kings Are Mining Ethereum, Here is Why 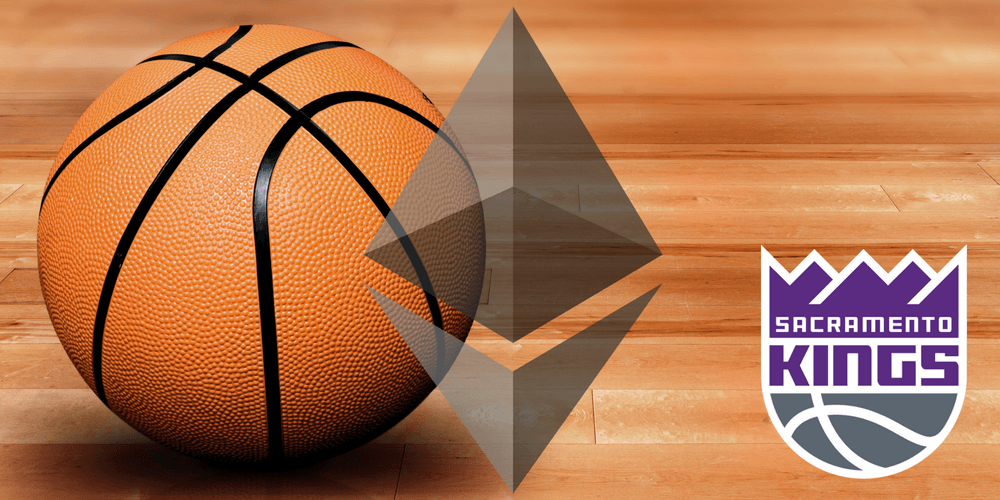 The Sacramento Kings Are Mining Ethereum, Here is Why

It is an old sports legend that Lincoln Financial Field in Philadelphia has secrets in its basement. The rumors range from a jail cell for unruly fans to a secret tunnel to whisk away team out in times of danger, due to unruly fans.

But the Golden 1 Center, the home of the Sacramento Kings, has something very special in its basement, only it has nothing to do with unruly fans. They have a money printing machine, capable of creating currency out electricity and they are using it to further their cause.

That cause just so happens to be a local charity, and that currency, a cryptocurrency. Specifically they are mining Ethereum and giving it to Build Black a charity designed to promote “proactive investment and radical transformation for Black communities.”

It'd be easy enough for the Sacramento Kings to simply invest fiat currency into Build Black but the move is about more than just injecting cash into the charity and it is more than just a publicity stunt.

The Sacramento Kings owner Vivek Ranadivé is known for being a forward thinking owner. He is a young owner (relatively). His money comes from technology, not old empires. He created TIBCO that helped revolutionize how trading was done on Wall Street. That gave him the nickname “Mr. Real-Time” going back to at least 2002. Since he became the owner of the Sacramento Kings in 2013, they have been the most forward looking team technology wise in the NBA, if not all of sports.

The Ethereum experiment goes along with their previous cryptocurrency ventures, Virtual and Augmented reality offerings, an e-sports team and training facility, AI, Chatbots, Google Glass, drone cameras and just recently drone racing. The Kings might not know what the future of sports are, but they are determined to be ready for it. Wired called their new Golden 1 arena “pretty much a giant Tesla”.

In its basement sits a Tier 4 data center that they designed to be future proof. That future-proofing means that it has a lot of empty server racks currently. For the time being, those racks are going to be filled with mining equipment. The proceeds from mining will go to Build Black.

Other than the charity aspect, this program is really about future proofing the Kings. They aren't sure where and how blockchain technology and sports will intersect, only that they might and blockchain will undoubtedly be apart of the business world.

“We use technology to ensure that our fans have the best fan experience in the world. We use technology to to remove all the friction and make things more efficient. We know that blockchain is going to make a lot of sectors in the economy in the world more efficient.” Explained King's Chief Technology Officer Ryan Montoya in an exclusive interview with CoinJournal “And so with that said, we know that it's going to impact many industries. So, we've been experimenting with blockchain, in other business cases, for some things we're not prepared to talk about at this moment. But for us, we feel that utilizing cryptocurrency to give back to your community is a good use of the technology”

It is easy to speculate on ways blockchain technology could be used in sports. Season tickets could easily be stored on the blockchain and would make it easier for the resale market while limiting the negative effects of professional scalpers. Or it could be used to offer rewards to longtime ticket holders. Montoya wouldn't talk about what the Kings are working on, but those uses seem to be the most obvious when it comes to improving the fan experience.

And while we didn't discuss this, there are some applications when it comes to the recent Supreme Court ruling on sports gambling. Blockchain technology could be used to open up secondary markets for future bets, or be used to prevent it. The NBA and other sports leagues seem to be embracing sports betting in the wake of the ruling. How that will turn out is anyone's guess. But blockchain technology can undoubtedly add security and transparency to betting, if the big players embrace it.

But all those possibilities still seem a million miles away, and they probably are. Even with the Sacramento Kings and Dallas Mavericks' support (who plan to add bitcoin payments next season), there isn't the kind of broad support that would enable changes on a league level.

That isn't unique to the NBA or professional sports. I commonly hear from blockchain believers in other industries that their colleagues don't understand blockchain technology. Education, I hear over and over again, needs to be the focus of the Bitcoin industry.

That isn't meant to imply scaling isn't important. It is undoubtedly the biggest issue facing blockchain technologies today. But education, including the past and current scaling situation, is probably second in importance.

New comers need to understand how fees work and how they should ideally work. They need to know about solutions like the Lightning Network. What it can and can't do and when it is and isn't a viable option. Because if we open the door for them, businesses and entrepreneurs will come through it.

“A lot of people still don't know what [blockchain] is. So, I think there has to be a lot of education. And I think certainly, what we did [last month] with the announcement, really did help with [educating the public.] [By letting] people know that there's definitely legitimate and positive stories about what can be done with the technology and certainly giving back to the community is key to that.” Montoya explained “by creating this awareness, I definitely think other teams or other people will start trying to figure out ways how to integrate the technology into their organization.”

Because the world is finally opening up to Bitcoin and other Cryptocurrencies. If the technology doesn't disappoint, confuse or fail them, we are on the precipice of a an explosion of adoption. It seems like every forward-looking company is developing their blockchain strategy, not unlike how every smart company had an internet strategy in 1998. If the technology doesn't deliver, it could take years to recover. If it does, we could see growth that makes the 2017 rise seem like a minor bump in comparison.

But we have to get there first. And that requires two things: Scaling and education. That should be our focus as a community. Not the price. Not the SEC's ETF denial. Work on scaling, educate the public and everything else will take care of itself.

Ian started writing product descriptions in 2011. He transitioned to journalism in 2012 and has been cited by media outlets large and small. He is a Co founder of Coinjournal.net and the author of the Bitcoin Guidebook. A consistent procrastinator,…
Read More