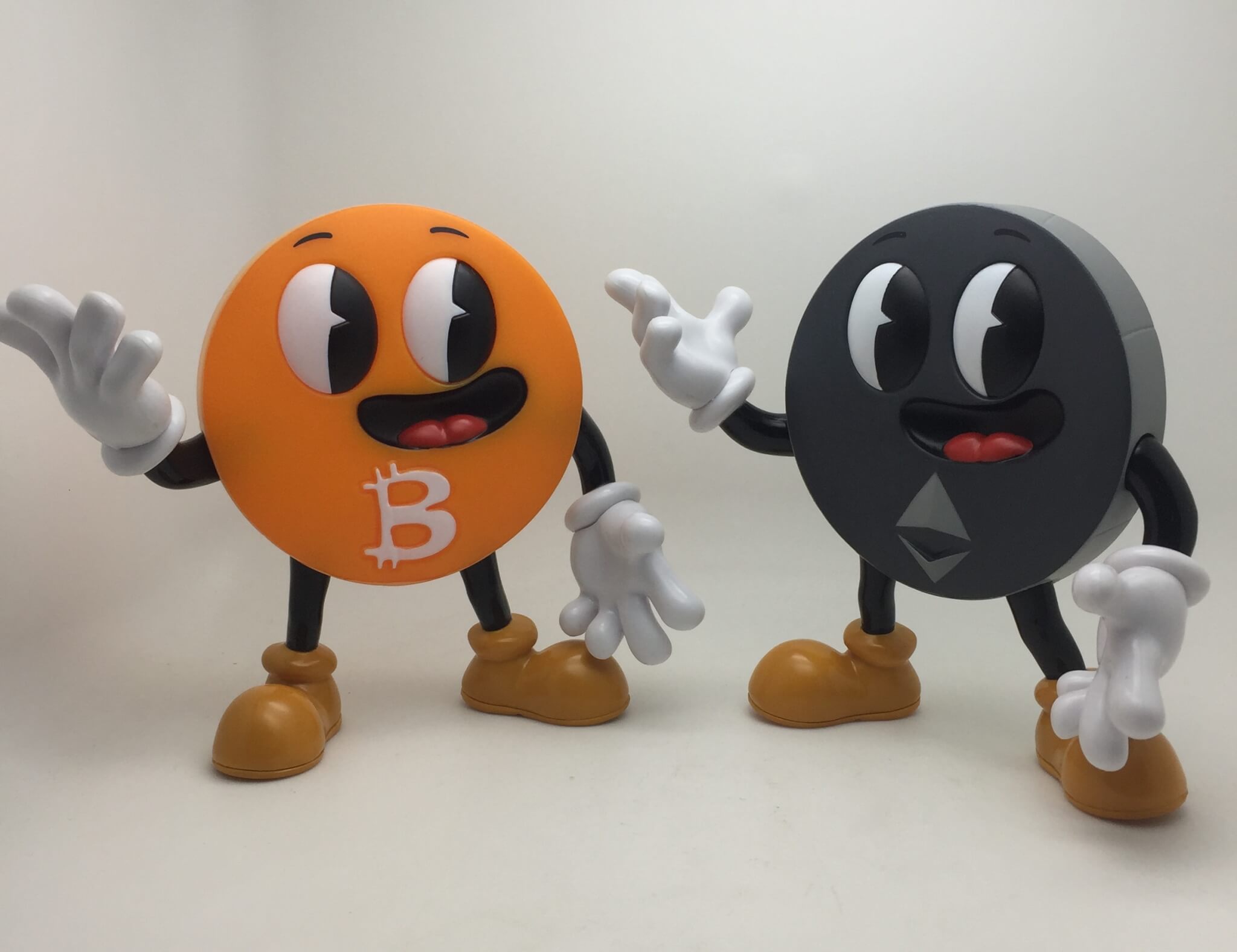 Called Jaiantokoin,
the new collectible follows in the footsteps of 2018’s inaugural figure, Genesis,
the world’s first vinyl toy to be fully traceable on a public blockchain. Genesis
figures sold out in just 40 days and went on to be sold on secondary markets
for as much as
US$280 per collectible, compared to their original price of US$55.

“The demand was so high that people were still requesting
Genesis up until last month,” said Oliver Carding, co-founder of CryptoKaiju. “Months
after selling out we are still receiving weekly requests from people looking to
buy one.”

Like Genesis, Jaiantokoin toys use tamper resistant near
field communication (NFC) tags and are digitally unique. Each figure is backed
by a ERC-721, non-fungible token (NFT), making every single toy one of its kind
on the Ethereum blockchain. Each is linked physically and digitally for
improved handling of provenance, authenticity and scarcity.

The token contains metadata which describes certain aspects
of the collectible, such as its birth date, gender, color, a description and two
personality traits such as “intelligence” or “creativity.” It ensures that the
collectible can’t be duplicated, counterfeited or faked.

“We used the feedback from our customers and everything we
learnt from our first collectible to improve the product,” Carding said. “We
completely revised the original feet design from our original prototype to
ensure the NFT is even more secure for example. I am sure fans of the project
will be equally pleased with our second generation figures.”

Blockchain-powered crypto collectibles rose to fame in 2017
when CryptoKitties went
vital, with some rare kitties going for well
over US$100,000 each. CryptoKitties is an Ethereum-based virtual game that
lets users buy, sell, collect, breed and exchange unique cats. Like CryptoKaiju
figures, CryptoKitties uses Ethereum’s ERC-721 protocol, a NFT standard
originally authored by the CryptoKitties team.

In February 2019, New York City hosted the first major US
event dedicated to NFT, bringing together developers, entrepreneurs, gamers,
artists and fans to explore the opportunities related to this new type of
digital assets.

NFT.NYC 2019 was attended
by over 450 participants from more than 15 countries and featured 85 speakers,
including some of the biggest names in gaming, sports and art.

The release of the Jaiantokoin figures comes on the heels of
the news that LVMH, a luxury brand conglomerate, is preparing to launch a
blockchain platform for providing the authenticity of high-priced goods, according
to a report from CoinDesk.

The cryptographic provenance platform, called AURA and built
using a permissioned version of the Ethereum blockchain called Quorum, is expected
to go live in May or June and will provide proof of authenticity of luxury
items and trace their origins from raw materials to point of sale and beyond to
used-goods markets.

CryptoKajiu is a collaboration between members of
CoinJournal and Block Rocket.