AlphaBay Admin Had $8 Million in Bitcoin and Altcoins, Bragged About Porsche Purchase

According to the verified complaint for forfeiture regarding accused AlphaBay administrator Alexandre Cazes, the alleged criminal mastermind was holding just over $23 million worth of assets at the time of his arrest. Of that total amount, roughly $8.8 million are said to have been held in Bitcoin, Ether, Zcash, and Monero.

Attorney General Jeff Sessions and other law enforcement officials gave a press briefing on the takedown of AlphaBay earlier today. The official complaint is dated July 19, 2017.

According to the document, Cazes was “collecting tens of millions of dollars in commissions from the illegal transactions facilitated by AlphaBay” via a two to four percent commission on all sales.

The official complaint against Cazes contains a complete breakdown of his cryptocurrency holdings. Law enforcement officials allege that a document was found on Cazes’s computer that details the various assets that made up the accused AlphaBay admin’s net worth.

According to the document, Cazes held around 1605 bitcoin, 8309 ether, 3,691 zcash, and an unknown amount of monero at the time of his arrest. These amounts include the cryptocurrency that was seized from AlphaBay’s servers, which included nearly 12,000 monero. The complaint estimates the total value of these digital assets at $8.8 million.

“Federal agents obtained the warrants [for cryptocurrency exchange accounts and bank accounts] after tracing a number of Bitcoin transactions originating with AlphaBay to digital currrency accounts, and ultimately bank accounts and other tangible assets, held by Cazes and his wife,” reads the complaint.

According to the complaint, Cazes’s computer contained a text file with the private keys associated with his offline cryptocurrency wallets. Law enforcement seized the cryptocurrency contained in these wallets.

The complaint alleges that Cazes bragged about the purchase of a Porsche Panamera on the Roosh V forum. Cazes is then said to have shared the details of the purchase and a video of him driving the Porsche after other members of the forum did not believe his claim.

How Cazes Was Caught

During their investigation of AlphaBay, law enforcement claim that they purchased marijuana, heroin, fake IDs, and other forms of contraband from the website.

In terms of connecting Cazes to AlphaBay, law enforcement claims they were made aware of a few pieces of evidence against Cazes over the years. How this evidence was obtained is not covered in the complaint.

According to the complaint, law enforcement learned that a welcome email for the AlphaBay forum included Cazes’s personal email in the header back in December 2014. Law enforcement claim they learned of this in 2016.

“Once new users joined the forums and entered their private email accounts, they were greeted with an email directly from AlphaBay welcoming them to the forums,” says the complaint. “The email address of ‘[email protected]’ was included in the header information of the AlphaBay welcome email.”

The complaint also notes that law enforcement became aware of a post on www.commentcamarche.com by a user named “alpha02” where the name “Alexandre Cazes” and the previously mentioned email address was included at the end of the post. Alpha02 was the username of one of AlphaBay’s site administrators.

Those who follow the darknet markets will notice that the ability to connect an email address to a real person, old forum comments, and being caught logged into the darknet market as an administrator were all at the center of the case against Ross Ulbricht, who was convicted of being the mastermind behind the defunct darknet market Silk Road. 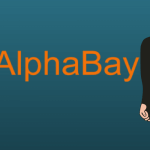 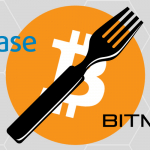