Coinbase to add support for Ethereum based ERC20 tokens

In a recent blog post, San-Francisco based digital currency exchange Coinbase has announced that they intend to begin supporting the ERC20 technical standard in the coming months. In the blog, Coinbase said:

“This paves the way for supporting ERC20 assets across Coinbase products in the future, though we aren’t announcing support for any specific assets or features at this time.”

There are currently tens of thousands of different ERC20 tokens and they have become an increasingly popular way for teams to efficiently and effectively build contracts. While this is a very early announcement, it is a promising sign for those interested in ERC20 assets.

So what does this added support for ERC20 coins mean for products and services that Coinbase offers?

The GDAX team is waiting for more clarity on the regulation and rules before they choose which ERC20 coins they will support.

Any asset listed on GDAX will be added to the Coinbase index, according to the index methodology.

Once assets are listed on GDAX, then they can potentially be added to Coinbase Of course, before adding them, they will evaluate factors such as liquidity, stability and other market health metrics. They also added that there is a good chance GDAX will have more assets listed than Coinbase, as a listing on GDAX does not guarantee a listing on Coinbase.

They also mention that “support for ERC20 will also give us a path to enabling the safe recovery customer ERC20 assets inadvertently sent to Coinbase Ethereum addresses.”

Currently, there are no plans for ERC20 support for Coinbase Commerce at this time, though that could potentially change in the future.

There is no exact timetable for when the support begins, or which assets they will support, but details will likely begin to emerge in the coming weeks and months. 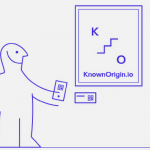 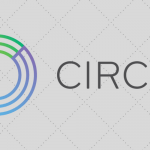