Cryptocurrency exchange Coinbase has announced that it is setting up an office in Japan as it continues to build an open financial system for the world.

The San Francisco-based company has revealed that Nao Kitazawa, a former investment banker at Morgan Stanley Japan and former COO at Money Design, a company that helped pioneer automated investment advice platforms in the country, will be leading the new office. According to a blog post from Coinbase, the new office ‘will lay the foundation for Japan’s crypto investors to access a range of Coinbase’s products.’

In a bid to ensure the smooth running of the new office, the company has said that it is working with Japan’s financial regulator, the Financial Services Agency (FSA), so that it is compliant with local laws at every level.

Founded in 2012, Coinbase has become the biggest cryptocurrency exchange in the U.S. that provides its merchants and consumers with a wallet and platform. This enables them to transact with digital currencies such as Bitcoin, Ethereum, Bitcoin Cash, and Litecoin. Serving over 20 million customers in 32 countries, with more than $150 billion worth of cryptocurrency exchange, Coinbase has become a trusted organisation for investors to trade.

Yet, despite its solid standing around the world, the only presence it has in Asia is in Singapore. The company is hoping that it now has a strong foundation to push into the Japanese market with Nao’s experience and his background.

“As a regulated, compliant crypto company in the U.S., we will focus on building that same level [of] trust with new customers in Japan,” said Dan Romero, vice president and general manager of Coinbase

According to Romero, this is the exchange’s ‘effort to accelerate the global adoption of cryptocurrency.’

Japan, seen as one of the crypto-friendly jurisdictions, has become one of the biggest cryptocurrency markets in recent years. This is due in part to legislation that came into effect last year that established Bitcoin as a legal form of payment. As a result, it helped the currency quickly establish itself within Japan.

However, since Tokyo-based cryptocurrency exchange Coincheck was hacked in January, which saw the loss of $530 million worth of NEM, the FSA has tightened its stance on the industry. Consequently, it has prompted regulators to look closely at the market to see what needs to be done to ensure customers’ assets remain safe. With regulations tightening in the country several Japanese exchanges have been forced to close.

Yet, just as Coinbase is opening an office in Japan, fellow San Francisco-based cryptocurrency exchange Kraken has said that it is halting trading services in Japan this month. According to a statement from the company in April, it cited rising costs for its decision. It did mention that it hopes to re-enter the Japanese market at some point in the future. 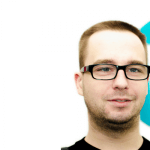 Previous
Worldcore: How will the cryptocurrency world map change in 5 years?
Next
Decentralized Exchanges: An Innovative Tool for Traders or Highly Risky? 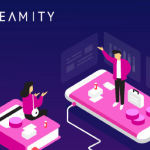