The second CoinFestUK edition was held on April 7 and 8, 2017 at the Manchester Conference Center and included prominent speakers representing the likes of OpenLedger and BTC.com. In total, 19 speaker presentations took place covering topics such as Bitcoin and the law, electronic voting, and gaming on the blockchain, among others. 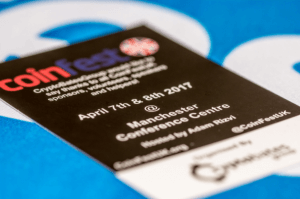 Organized by the Crypto Bates Group, CoinFestUK hosted a range of activities such as workshops, educational sessions, and exhibitor stalls. The event included participations from a range of projects such as BTC.com, Cashaa, Aureus, Radix, OKCash and Beyond the Void.

“We had an amazing response from attendees with more than 210 attending over the two days, travelling from as far as Russia and India,” said Adam Rizvi, the organizer of the event. “As always with CoinFestUK, we aimed part of our event at a beginner level and this year expanded that to an intermediate level with our workshops.”

In a recent interview, Rizvi explained how the idea for the CoinFestUK event emerged.

“Seeing cryptocurrency development happening all over the UK but the media focus being on London, I wanted to put Manchester on the map as a hub for development and bright minds,” he said. “Manchester has an amazing history and is an ideal place to get people together to discuss and collaborate. I saw partnerships being formed at CoinFestUK 2016 and this inspired me to make CoinFestUK 2017 a bigger and more diverse event.”

Adam added “CoinFestUK isn’t possible without the financial support of its sponsors and this year we had an amazing group of awesome sponsors including BTC.com, Aureus, Bitcoin Chaser, BittyBot, BlueLab, Beyond The Void, Einsteinium, Radix, Spectre and SuperiorCoin ”

CoinFestUK is now running an after-event raffle with all proceeds going to charity organization the Royal National Lifeboat Institution (RNLI).

The raffle has one prize, a giveaway bag, that includes various goods such as a custom engraved bracelet from Bitcoin Engrave, a Bitcoin Snapback Hat! from Bitcoin Store, a CryptoSteel cold storage wallet, a custom qrypto mug and a Bitcoin Whitepaper poster.

Last year, CoinFestUK raised and donated 0.213 BTC to the association. 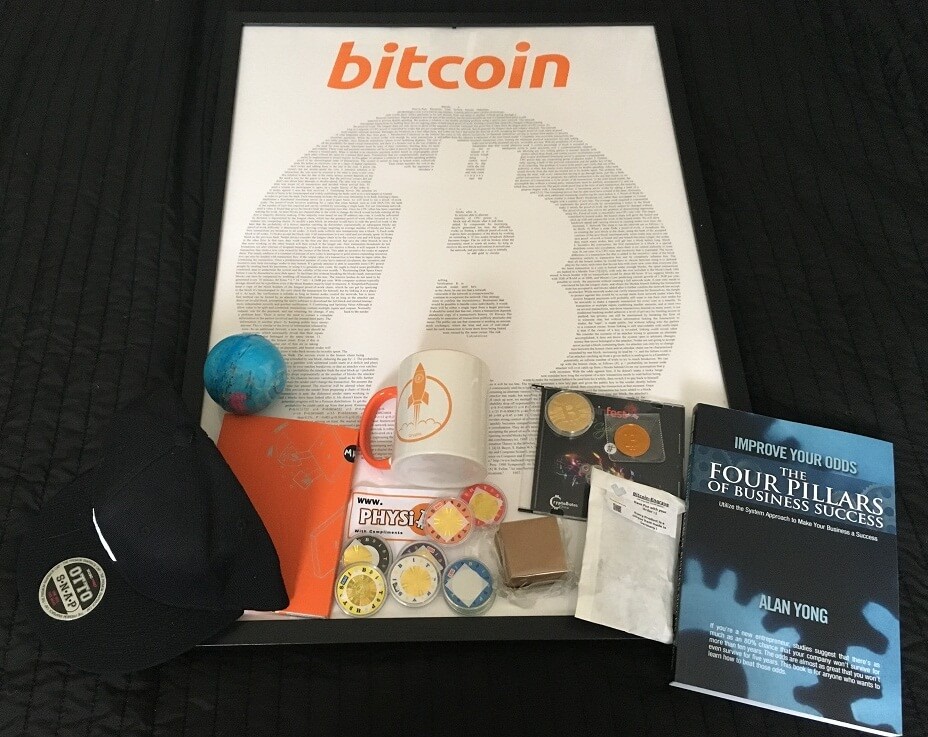